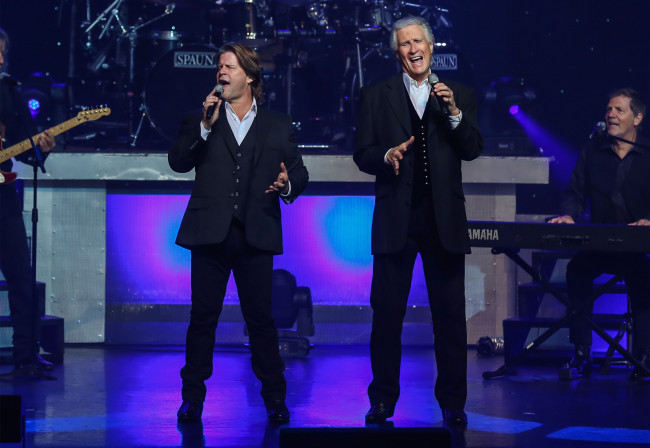 It was announced today that blue-eyed soul duo The Righteous Brothers, reformed by Bill Medley in 2016 after the passing of Bobby Hatfield, will perform at the F.M. Kirby Center in Wilkes-Barre on Wednesday, Aug. 14 at 7 p.m. as part of the PNC Celebrity Series.

With a string of No. 1 classics, including the most played song in radio history, “You’ve Lost That Lovin’ Feelin’,” the Rock and Roll Hall of Fame duo of Bill Medley and Bobby Hatfield topped the charts in four decades.

After Hatfield’s death in 2003, Bill Medley continued to perform to sold-out crowds around the world, but fans and friends pleaded with him to keep The Righteous Brothers alive.

“No one could ever take Bobby’s place, but when I caught Bucky Heard’s show, it all came together,” Medley said. “I found the right guy to help me recreate the magic.”

The concert experience features their biggest hits – “Lovin’ Feelin’,” “Soul and Inspiration,” “Unchained Melody,” “Rock and Roll Heaven,” Medley’s Grammy-winning “Dirty Dancing” theme “The Time of My Life,” and much more. The Bill Medley/Bucky Heard pairing came as something of a happy accident.

Medley said it just seemed right: “I’d been friends with Bucky for years, but when I caught his show, he just killed me! The next day, it hit me – that’s the guy, someone I could sing hard with, laugh hard with, love, and respect, on and off stage. He fits The Righteous Brothers live performance show perfectly. And we’ve even recorded some new material together. I’m really excited!”

Medley is truly one of the iconic figures in American music history. His instantly recognizable baritone voice has anchored some of the biggest recordings of all time, winning a Grammy, an Oscar, a Golden Globe, and an American Music Award.

The Righteous Brothers recorded a string of top hits until 1968, when Medley and Hatfield agreed to part ways to pursue solo efforts. Medley soon scored with Top 10 hits “Peace, Brother, Peace” and “Brown-Eyed Woman.” In 1974, they reunited and, within a few weeks, had yet another monster hit with “Rock and Roll Heaven.”

From then, until Hatfield’s passing in 2003, The Righteous Brothers never stopped performing to packed crowds. During that period, Medley also recorded the chart-topping duet with Jennifer Warnes “The Time of My Life” for the movie “Dirty Dancing.” It went on to sell over 32 million copies worldwide.

Bucky Heard has been one of the most popular and versatile performers in America for years, headlining countless shows in major venues. His reputation as a gutsy rock and roll singer with an incredible vocal range has garnered much critical praise and a legion of fans.

He has been hand-selected to share the concert stage with legends like Andy Williams and Glen Campbell and honored as Male Vocalist of the Year by entertainment publications. Credited with being one of the hardest-working and in-demand performers, Heard has rocked his way across America with his 10-piece horn band and also starred in numerous national productions. 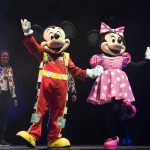 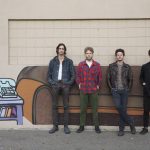