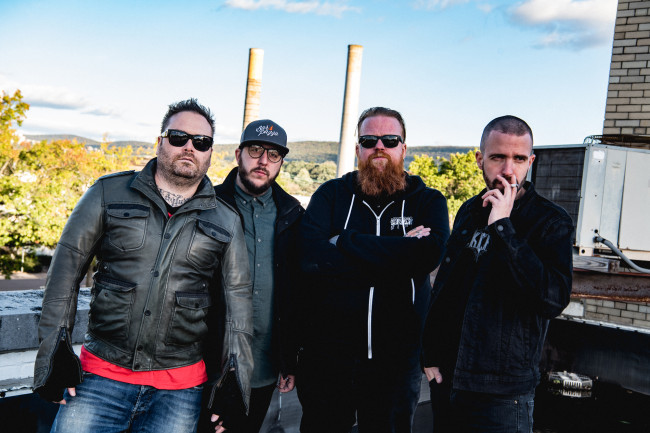 It has been nearly a year since These Idol Hands made their live debut, and after releasing their first album on Oct. 13, 2018, the bad boys of Scranton “sleaze rock” were set to play a CD release show in November to celebrate… until a good friend needed their help.

When Brian Craig – the beloved co-owner of The Bog in downtown Scranton, a drummer in several local bands over the years, and more recently a barber at Loyalty Barber Shop and Shave Parlor of Scranton – was diagnosed with cancer, the music and arts scene came together to throw a huge benefit concert at the Scranton Cultural Center. These Idol Hands immediately jumped on board and played their first acoustic set at the massively successful show with new drummer AJ Jump, the co-owner of Wilkes-Barre music venue Karl Hall who is well-known in the area for his work in bands like Underground Saints, The Five Percent, Indigo Moon Brass Band, and Abstract Peoples, along with King Radio in Brooklyn, New York.

Now, three months later, they’re finally ready for that release party, which will be held at The V-Spot in Scranton this Saturday, Feb. 16 at 9:30 p.m. Fellow Scranton rockers Black Hole Heart and The Boneflowers will open the 21+ show, along with Pittsburgh stoner rock group Jake the Hawk.

The cover is $5 at the door (906 Providence Rd., Scranton), and copies of the album, entitled “Unbound,” will be for sale, including a limited edition version that comes in a custom-made cigarette pack with a flash drive containing all the new songs, lyrics, photos, and other extras.

While the album can also be downloaded digitally and streamed on all major platforms, it was important to the group to have physical copies available along with other merchandise like T-shirts, stickers, and buttons.

“I grew up on albums, recognizing an album as an entire piece of art, a body of work that is all supposed to go together, with the sequence mattering and the album art and the liner notes and the actual physical art that you purchase at the store when it comes out. All of the albums I grew up on, when I hear a certain song, I automatically hear the next track coming up in my head. I used to get my paycheck and go sifting through the new releases at Gallery of Sound and then go looking through some old stuff and maybe even used stuff for some treasures. I mean, I ended up getting on the vinyl kick, too, but it’s just not the same as it used to be because everybody is so focused on the digital release for all of the obvious reasons. This is the future,” bassist and main songwriter James Simon told NEPA Scene in an interview last August.

“That also changes the way that we consume music. I think our attention spans are shorter, and we dick around just because it’s so fucking easy to listen to new music, you don’t have anything invested. You know, you used to take a chance on an album. Now with Spotify and everything, there’s no reason to give it a chance if you don’t instantly love it right away or whatever. Some of my favorite albums I didn’t love as soon as I heard them, and maybe I wouldn’t have given them a chance if I didn’t spend my hard-earned money on it. Just maybe. So, inevitably, I feel like that changes the way that we release music.”

The band opted to record seven tracks for “Unbound,” a comfortable place between an EP and a typical full-length album, at Republic Audio Studio in Clarks Summit with producer Clyde Rosencrance, who Simon considers a fifth member of the band.

“He just knows his shit. He’s a fountain of information. It would be downright silly to not utilize that. He’s an excellent musician with a great ear, and we really share some passions for the same exact music. He had been a friend and customer of mine for years prior, and we have grown close over the last year working on this music together. It doesn’t hurt that he has a fucking amazing studio with top-of-the-line equipment that puts out some pretty amazing records. When I heard Black Hole Heart’s “View from the Floor” EP, I knew I wanted to work with him,” Simon noted.

“He’s perfect for us. It’s to the point where he comes to our practices intermittently to check out what we have going on, and we drain him for any input that he might have. Before this last recording session, I made him strap a guitar on and we jammed out for a little while because I was getting hung up on something and I wanted to bounce it off of him. Let’s say he got me un-hung up, and I’m really happy with the result. That’s the funny thing about this band. Everyone that becomes involved with us becomes like another leg of this giant monster because it’s like a family. They are passionate about their role in it too, and that makes me happy.”

The music of These Idol Hands is simply old school badass rock that unleashes “some primal urges, good and bad,” Simon said.

“I think art and music of any kind can be really powerful and thought-provoking and when it comes to politics and current struggles that we may be having in this country, but we are not that. Art and music can also be a wonderful escape and vacation from all the heavy things we are dealing with today. We need that just as badly,” he explained.

“The songs can get really heavy and kind of dark in subject matter sometimes, but there is a lot of common thread stitching them all together. A good friend who is a singer/songwriter said that all of the writing comes from a place of speaking on the human condition. I could agree with that. I wouldn’t want an album with 10 ‘Black Diamonds’ on it.”

Guitarist Chris Notchick agreed as he recalled the creation of a song with vocalist/guitarist Jonathan Runco.

“When we got Jon in the band and we were forming what is now ‘Drive,’ Jon stumbled across a poem I had written that was kind of an outward extension of myself in a way, looking back on it. I remember there’d be nights when I couldn’t sleep and I’d be driving around like at 3-4 in the morning trying to get my head on straight when I knew my chick and I were heading to Splitsville, so those lyrics came about from that… the human condition,” Notchick said.

“It’s something relatable that people can understand that doesn’t have to be rammed down their throats every day; everyone’s experienced some type of loss in their life in some way or other. There’s honesty in it, and that’s what people want nowadays, I feel. So I may be a no good, low down, piece of crap sonofabitch that’s going to die old and alone, but at least there’s a girl out there somewhere that knows this song is about her.”

Read the full interview with all the band members at the time here and see NEPA Scene’s photos of Idol Hands performing at the Border Bar in Pittston last June here and at The Bog last April here. Watch These Idol Hands’ first-ever interview in Episode 53 of the NEPA Scene Podcast: 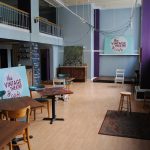 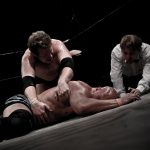 Wrestlers face off in live ‘Electric City Showdown’ at Marketplace at Steamtown in Scranton on May 14
Fuzz 92.1’s Nutcracker Ball returns to Wilkes-Barre Dec. 13 with Milky Chance, K.Flay, and Lewis Del Mar