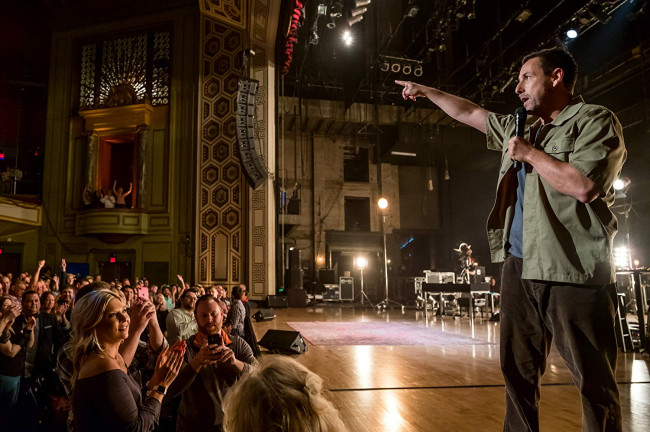 Following the release of his new comedy album last week, it was announced today that comedy superstar Adam Sandler will perform at the Giant Center in Hershey on Saturday, June 22 at 8 p.m. as part of his 100% Fresher Tour.

A successful actor, writer, producer, and musician, Adam Sandler has been performing for live audiences on a sold-out tour over the last couple of years across the United States and Canada.

“100% Fresh” was released on Netflix on Oct. 23, 2018 and marked Sandler’s first comedy special in 20 years. In conjunction with Netflix, Warner Bros. Records released the audio companion to this critically acclaimed Netflix special on all streaming services and CD on March 22. Sandler’s comedy albums on Warner Bros. Records have gone multi-platinum and have collectively sold more than six million copies to date.

Beyond his beloved stand-up, Sandler’s films have grossed over $3 billion worldwide. His newest film, “Murder Mystery,” will stream on Netflix on June 14 with an all-star international cast, including Jennifer Aniston and Luke Evans. He will also star in the Safdie Brothers’ “Uncut Gems,” out later this year.

The wristband policy will be in effect for this event. Fans are permitted on the Hersheypark Entertainment Complex property beginning at 7 a.m. on March 29. Two hours prior to the on-sale, fans will be directed in front of the Giant Center box office, where they will be issued a numbered wristband. Wristbands are available for one hour and, at the conclusion of that hour, a selected fan will randomly choose a wristband that will determine the line order. Once the line is in place, fans arriving after the wristbands were issued will be escorted to the end of the numbered line.