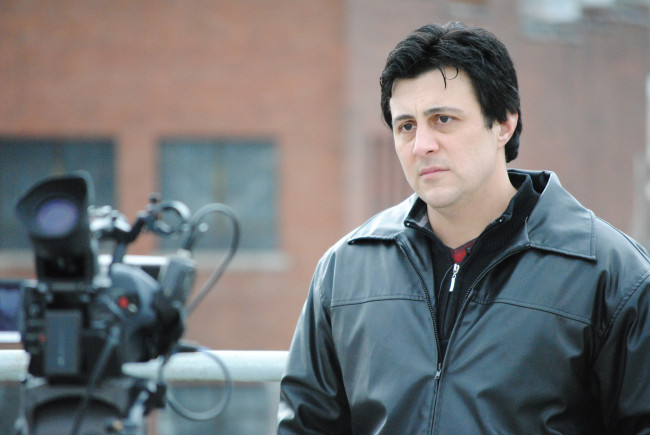 Rocky Balboa, the fictional boxer created and played by Sylvester Stallone in a long-running film franchise, has inspired many to pursue their dreams, but none have followed in the Italian Stallion’s footsteps quite like West Scranton native Mike Kunda.

From his childhood into adulthood, he has always wanted to be Rocky, but how does one do that for a living? Over the years, Kunda has figured it out, becoming a professional Rocky impersonator for hire after winning a look-alike contest in 2006, writing a memoir published in 2010 called “Cue the Rocky Music,” starting the Yo, Philly! Rocky Film Tour in Philadelphia, and getting his very own movie.

For five years, filmmaker Jim Toscano of Detroit-based production company Free Age followed Kunda around chronicling his story, shooting in Scranton and his current home of Philadelphia. The resulting 53-minute documentary, “The Pretender,” premiered in Michigan in 2017 and has since appeared in film festivals around the world, winning awards for its heartfelt depiction of Kunda’s unlikely story.

“I’ve seen documentaries that deal with such sad matters, abuse and drugs, and this is just a happy, goofy, fun little story that I think people can relate to. We’ve all had those Rocky moments. The book talks about being passed over for jobs or failing at jobs or people judging you or trying and failing on your own terms. A lot of us lived that, and I think they’ll recognize that,” Kunda said in his first interview about the project in 2010.

“I felt like if I didn’t do it, somebody else would and it would kill me. And I’m a Rocky fan. I’ve always heard that the only way you can do a good documentary is to do it about something you’re passionate about. I’m passionate about Rocky and I’m passionate about filmmaking, so this is a real dream for me,” Toscano explained in another interview conducted during the Scranton shoot in 2011.

Before it is screened at the historic TCL Chinese Theatre in Hollywood as part of the Beverly Hills Film Festival next month, the independent film will receive top billing at the Northeast Pennsylvania Film Festival this Saturday, March 23 at The Ritz Theater (222 Wyoming Ave., Scranton).

Kunda and Toscano will attend the 7 p.m. showing to introduce “The Pretender,” rated PG, and answer questions from the audience afterward. Tickets, which are $10 in advance and $12 at the door for just this film or $25 for all-day passes, are on sale now at nepafilmfestival.com.

This is the first time the movie is showing in Kunda’a hometown, and it is not yet available on any home video formats or streaming services as it continues to tour the festival circuit. The official synopsis reads:

His whole life was a million-to-one shot…

This documentary film takes you inside Mike’s life, revealing the origins of Mikes fascination with the Rocky character and how it continues to shape his life.

Mike has spent the last 40 years of his life focusing on every aspect of the Rocky films and on his fictional hero, Rocky Balboa. Mike searches to find meaning in his Rocky obsession and to become the person he really wants to be. Mike’s journey is an emotional trip through themes of obsession, passion, and inspiration, in the end showing that even the most seemingly unrealistic goals might prove to offer the most rewarding and fulfilling life of all.

“Mike’s journey is an emotional trip through themes of obsession, compassion, acceptance, and inspiration,” Toscano said in a press release. “His story is humorous and heartening, and proves that even the most extraordinary or unrealistic goals may prove to offer the most rewarding and fulfilling life.”

Kunda, who naturally looks like Stallone and often dresses like his silver screen hero, continues to promote the film as he hosts private tours of the iconic Philly locations featured in the Rocky films, including the most recent “Creed” movies. Stallone himself has met Kunda several times and approves of his Rocky persona, even endorsing the Yo, Philly! Rocky Film Tour on his official Instagram account. Sly’s brother Frank Stallone also tweeted, “Mike Kunda hands down is the greatest Rocky impersonator ever I saw. Has the smallest mannerisms down to a tee.”

Kunda will appear on the interactive live stream of the NEPA Scene Podcast this Thursday from 7 p.m.-8 p.m. on NEPA Scene’s Facebook page to talk about the long journey to the local premiere of “The Pretender,” making-of stories, growing up in Scranton and living his life like Rocky, his interactions with Sylvester Stallone, and more. He will answer questions and read comments from viewers live during that hour, so anyone who is interested can tune in and contribute to the conversation.

“I was 11 years old when I saw that movie. It changed me forever,” he said. “When you hear that Rocky music, it makes you want to achieve. You just can’t sit there and not want to try to achieve something.”

Read the first interview with Kunda about his book back in 2010 here and a 2011 update when filming on the documentary began here with behind-the-scenes photos.

Watch the trailer for “The Pretender” and see the theatrical poster, photos from the film, and other shots, including one of Kunda posing with Stallone, below: 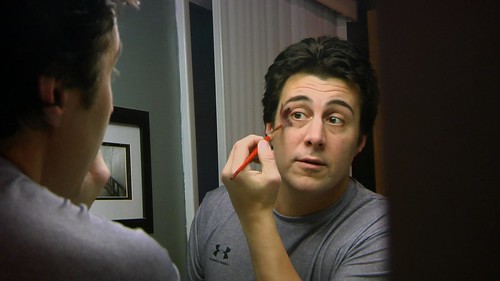 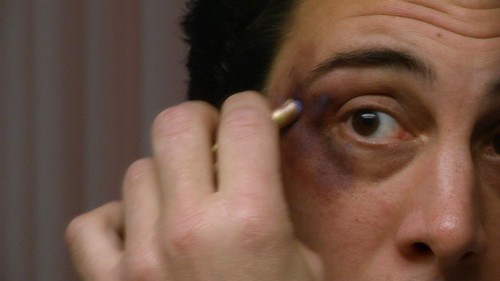 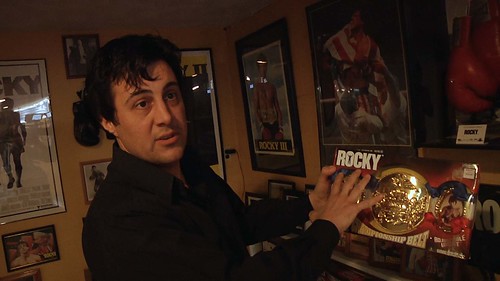 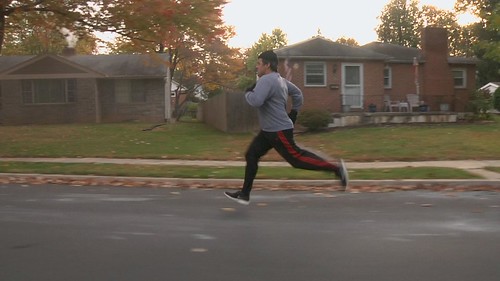 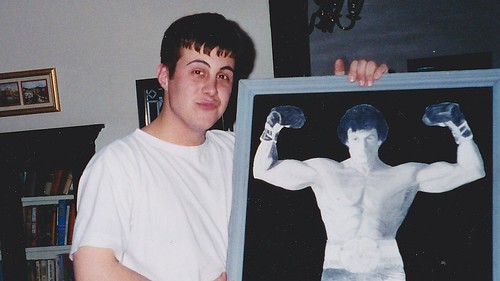 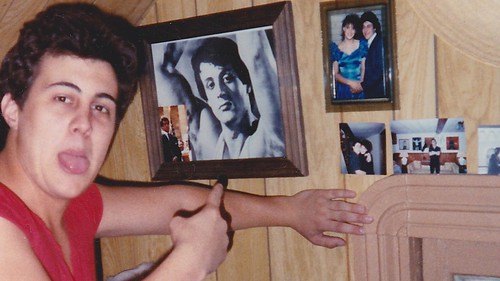 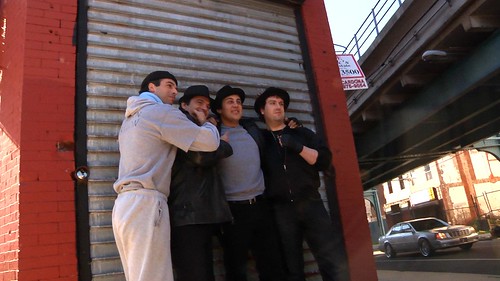 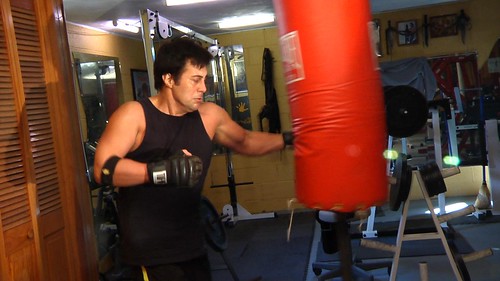 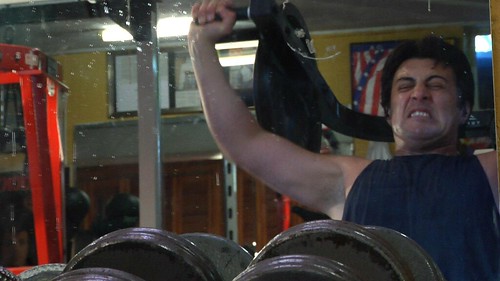 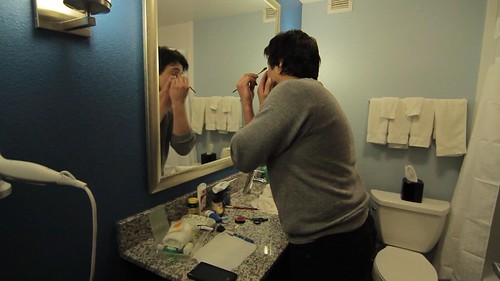 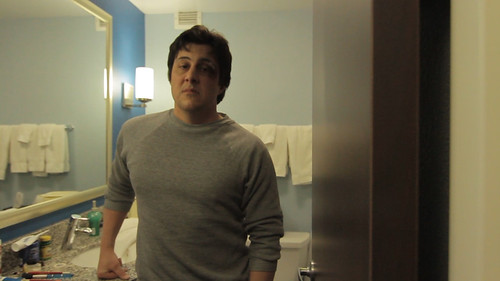 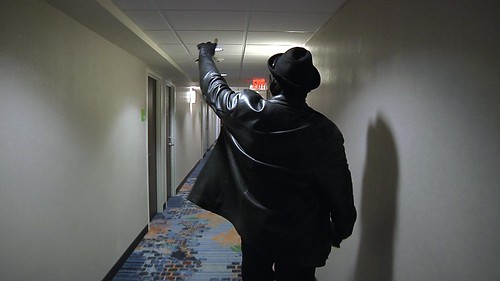 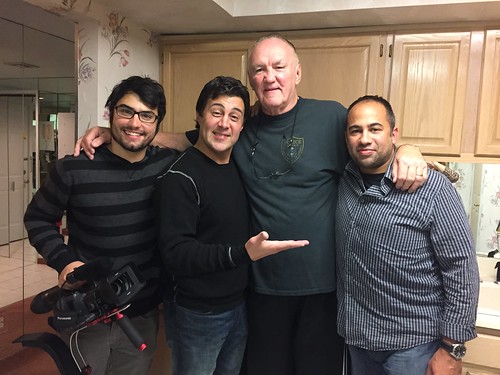 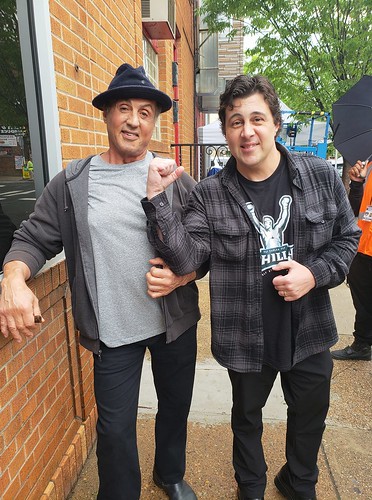 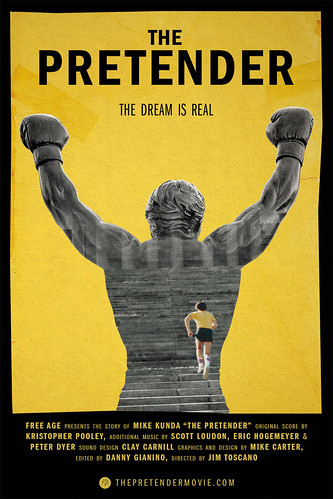