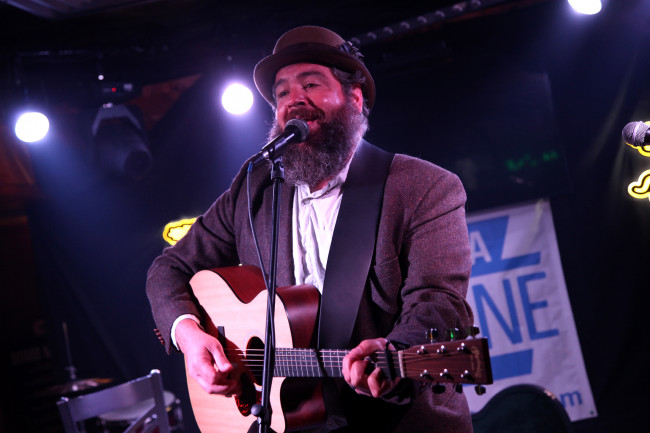 Scranton Irish folk singer/songwriter Mickey Spain will play a free show in the Chandelier Lobby of the F.M. Kirby Center in Wilkes-Barre during the city’s 39th annual St. Patrick’s Day Parade on Sunday, March 10 at 2:30 p.m.

This event is free and open to the public. Lobby doors at the Kirby Center (71 Public Square, Wilkes-Barre) will open at 2 p.m., and music will begin at 2:30 p.m.

Mickey Spain is a second generation folk singer and songwriter from the mill town of Manchester, New Hampshire. Although he grew up in a household steeped in music and musicians, he did not actually begin to play music until his mid-20s. While laid up with injuries from an automobile accident, his father gave him a guitar and, with an uncontrollable fervor, Spain went to work learning three chords. Over a three-week period, he worked tirelessly honing his craft. He partnered with his brother Liam and they began performing Irish and American folk songs as the Spain Brothers.

It was during this time as a duo that Mickey and Liam met another set of siblings, the Makem Brothers. Shane, Conor, and Rory Makem, sons of the legendary Irish folk singer Tommy Makem, grew up in a small town not far from Mickey and Liam. It was while the Spain boys were performing in a Dover, New Hampshire pub that the two sets of brothers met and developed a friendship based on a shared love of folk music.

It wasn’t long before this friendship blossomed into a partnership, and Mickey and Liam joined forces with Shane, Conor, and Rory to form the internationally touring Irish folk band the Makem and Spain Brothers. Over the years, the lineup changed, leaving Mickey, Liam, and Rory to tour as Makem and Spain. Recently, the band decided to part ways, leaving Mickey Spain to perform as a solo artist as well as with his brother, Liam.

Currently living in Scranton with his wife Erin, Spain is also an accomplished writer of children’s songs and has recorded a CD of some of his material with his band the Mickey Spain Musical Jamboree, entitled “What Do You Think I Saw Today?”

Whether it’s children or adults, Spain is at his best while he is entertaining; he is at home in front of any audience and on any stage. His quiet and unassuming manner, his warm sense of humor, his rich baritone voice, and his wealth of folk songs will draw you in and make him an act that you do not want to miss.

Learn more about the life and music of Mickey Spain and watch him perform a few acoustic songs in Episode 49 of the NEPA Scene Podcast: 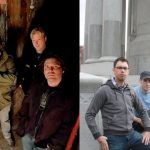