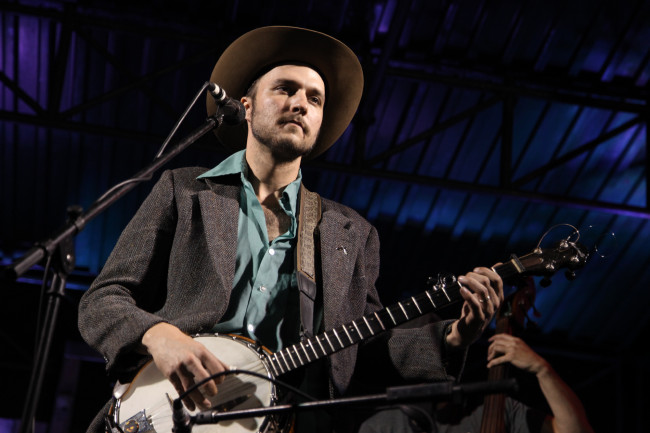 Two folk/Americana/jam musicians known for their bands and their nicknames – Patrick “Pappy” Biondo and Brian “Nugget” Gorby – have teamed up to blend groove and tradition as Kick & Banjo. Formerly with Scranton/Wilkes-Barre’s Cabinet and the Hackensaw Boys from Virginia, respectively, they are uniquely qualified to perform this music.

Playing largely in Virginia, the duo will make their way to Pennsylvania for two shows, but only one in Northeastern PA – at the Mauch Chunk Opera House (14 W. Broadway, Jim Thorpe) on Thursday, March 28. The other will be held in Central PA at the Elk Creek Cafe + Aleworks (100 W. Main St., Millheim) on Saturday, March 30.

Biondo’s cousin and Cabinet bandmate JP Biondo will open both concerts. The Jim Thorpe show will also serve as the CD release show for his new debut solo album, “Blue Radio,” so he will have hard copies available. CDs can be pre-ordered now via Big Cartel.

Tickets, which are $10, can be purchased on the Opera House website, by calling 570-325-0249, and by visiting SoundCheck Records (23 Broadway, Jim Thorpe) or calling them at 570-325-4009. The venue is open from noon-5 p.m. on show days, and tickets are available for most shows at the door at showtime. Parking is available and free after 5 p.m. at the Carbon County lot behind the train station.

Pappy Biondo’s vocals are the perfect vessel for the storytelling style of songwriting he is known for.

Banjo figures largely into the music, and his picking prowess will come as no surprise to fans of Cabinet, the bluegrass/jam outfit he helped propel to national acclaim via lively and well-received shows on the touring and festival circuit as well as the band’s own festival, the Susquehanna Breakdown in Scranton.

The band declared an “indefinite hiatus” in late 2017, playing a final farewell concert in Wilkes-Barre that year and reuniting only for the Peach Music Festival last July and a New Year’s Eve gig near Harrisburg. Cabinet released their last studio album together, “Cool River,” on Oct. 13, 2017.

But “Pappy” is not all bluegrass. Drawing from the well of earthy rock, country, folk, and gospel artists that have come before like The Band, Grateful Dead, and John Prine, his performances are low-key and understated, but the musicianship is of the highest order. He is carrying on a tradition as old as the hills but as new as each coming morning.

West Virginia’s own Brian Gorby, in addition to performing as a percussionist for the Hackensaws, also fronts the jamband The Trainjumpers, which is known for funky music with fat backbeats and soul music.

For two decades, his previous band the Hackensaw Boys have plowed the asphalt bringing their raw, gritty American vernacular sounds to the music halls and streets across the world, sharing stages with the Avett Brothers, Old Crow Medicine Show, Trampled by Turtles, Rambling Jack Elliot, Cake, Cheap Trick, De La Soul, and many more, even serving as legendary country singer Charlie Louvin’s backing band for a tour. The group continues their burning hot vision of American roots music into a new age, fueled as much by a rowdy punk spirit as by the traditional masters that first inspired them. 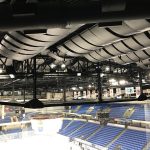