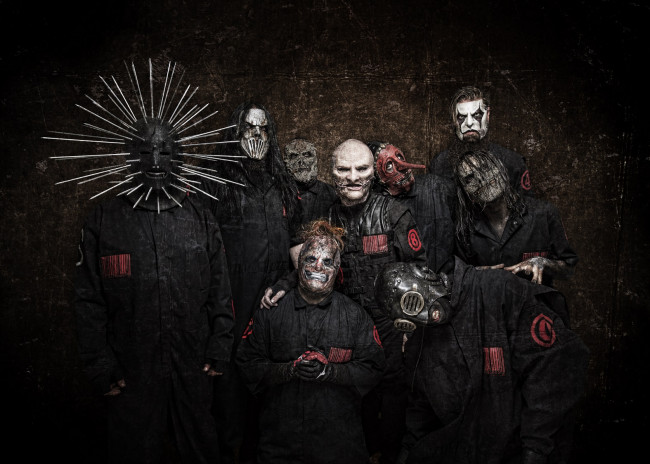 Produced by Live Nation, the 29-city outing will kick off July 26 in Mountain View, California at Shoreline Amphitheater and continue through Sept. 8, where it will conclude with a performance at Cynthia Woods Mitchell Pavilion in The Woodlands, Texas. It stops at The Pavilion at Montage Mountain in Scranton on Saturday, Aug. 24 at 5:30 p.m., presented by Hazleton active rock radio station 97.9X.

Slipknot have also revealed that they will release their long-awaited new studio album on Friday, Aug. 9. Each pair of tickets purchased online for the 2019 tour comes with a digital copy of their upcoming new album. Further instructions will be available upon purchase, with additional album details to be revealed in the coming weeks.

Tickets for The Pavilion at Montage Mountain (1000 Montage Mountain Rd., Scranton) show go on sale to the general public beginning Friday, March 8 at 10 a.m. at livenation.com. Premium members of Slipknot fan club Outside the 9 get first access to pre-sale tickets starting Tuesday, March 5 at 10 a.m.

Citi is the official pre-sale credit card for the tour. As such, Citi cardmembers will have access to purchase pre-sale tickets beginning Tuesday, March 5 at noon until Thursday, March 7 at 10 p.m. through Citi’s Private Pass program.

Slipknot shocked fans around the globe last year with the release of a brand new track, “All Out Life.” Reaction to the unrelenting track was staggering, with the official music video – directed by the band’s own M. Shawn Crahan – trending in the Top Ten of all videos worldwide on YouTube in its first day on the band’s official YouTube channel. In the four months since release, “All Out Life” has already racked up over 30 million streams worldwide across digital service providers and 30 million YouTube views. It is available now on all digital service providers.

Slipknot are at once popular and critically recognized, despite their unflinching and uncompromising pursuit of their art. Emerging 20 years ago from Des Moines Iowa, the band’s 1999 eponymous debut album is widely regarded as a modern day classic and was honored by Metal Hammer magazine as the Best Debut of the Last 25 Years. The release quickly racked up double RIAA platinum certification in the U.S., with many of their subsequent releases achieving platinum status around the globe.

Volbeat emerged from Copenhagen in 2001. Since then, they’ve tirelessly clawed their way to hard rock’s upper echelon with endless touring and a string of six beloved full-length albums. Their 2010 album “Beyond Hell/Above Heaven,” which features hit singles “A Warrior’s Call” and “Heaven Nor Hell,” received RIAA gold certification. 2013’s “Outlaw Gentlemen & Shady Ladies” bowed at No. 9 on the Billboard Top 200 upon release, marking the highest U.S. chart entry for a Danish Act since 1997, until the band’s 2016 album “Seal The Deal & Let’s Boogie” topped it by debuting at No. 4.

Most recently, the band released “Let’s Boogie! Live from Telia Parken,” which commemorates and immortalizes Volbeat becoming the first Danish band to headline and sell out their hometown venue, Denmark’s Telia Parken, with over 48,250 people in attendance. The 26-track album and concert film includes live versions of their chart-topping hits and features special guests on the album, including (in order of appearance) Mille Petrozza, Johan Olsen, Mark “Barney” Greenway, Lars Ulrich, boxer Mikkel Kessler, and Danko Jones.

Gojira, comprised of brothers Joe Duplantier (vocals, guitar) and Mario Duplantier (drums), Christian Andreu (guitar), and Jean-Michel Labadie (bass), have challenged themselves and heavy music since forming in 1996. The band’s most recent release, “Magma,” shook the world in 2016, staking its claim among the year’s best albums and earning Gojira their first-ever Grammy nominations for Best Metal Performance and Best Rock Album. “Magma” took the No. 1 spot on Billboard’s Hard Rock Albums chart upon debut, making Gojira the first French band to hold the No. 1 spot on the chart in its 12-year existence.

A true global phenomenon, “Magma” marked the highest chart debuts of Gojira’s career, landing them in the Top 25 on the Billboard 200 with career-high chart positions around the globe, including Top 10s in France, Canada, Switzerland, Austria, Finland, and Norway, with Top 15 debuts in Australia and Germany. “Magma” received Metal Hammer’s coveted Album of the Year title while also landing on Rolling Stone’s “Top 20 Metal Albums of 2016,” Consequence of Sound’s “Top 50 Albums of 2016” and “Top 10 Metal Albums of 2016” lists, and Pop Matters’ “Best Metal of 2016” recap. Additionally, “Stranded,” the lead single off “Magma,” was named one of Stereogum’s “100 Favorite Songs of 2016.”

Over the last two years, Behemoth have transformed themselves in to just that. Leading the charge within the extreme metal world on the back of their brand new release “I Loved You at Your Darkest,” we have seen Behemoth and their “Legions” grow in unanticipated numbers. Having just completed their most successful European and North American headlining tours to date, Behemoth now bring their sacrilegious swarm back to open the biggest metal tour of the year.

Behemoth began in 1991 through founding member and band leader Nergal in his hometown of Gdansk, Poland. After many years of hard work and tenacity, Behemoth began to create their own traction, releasing the extremely successful releases, “Demigod” and “Evangelion.” Since, the momentum has steadily built up to their breakthrough record, “The Satanist,” which gave Behemoth worldwide recognition, no longer confined to underground sub-genres. “I Loved You at Your Darkest” takes us to date with another step in the evolution of Behemoth.

See NEPA Scene’s photos of Slipknot performing at The Pavilion at Montage Mountain with Hatebreed back in 2015 here and see photos of their 2016 show with Marilyn Manson and Of Mice & Men at the Giant Center in Hershey here. See photos of Behemoth with Cannibal Corpse, Aeon, and Tribulation at the TLA in Philadelphia in 2015 here.