It was announced today that stand-up comedian, actor, and podcast host Tom Segura will bring the laughs to the F.M. Kirby Center for the Performing Arts in Wilkes-Barre on Tuesday, Aug. 6 at 8 p.m., part of the Wells Fargo Concerts and Comedy Series and his Take It Down Tour.

Originally from Cincinnati, Ohio, Tom Segura is best-known for his Netflix specials “Disgraceful” (2018), “Mostly Stories” (2016), and “Completely Normal” (2014). He has also made television appearances that include “Conan,” “Workaholics,” “Happy Endings,” “The Late Late Show,” “How to Be a Grown Up,” and multiple stand-up appearances on Comedy Central.

He regularly appears on Sirius XM radio comedy channels, and he has been a regular guest on some of the most downloaded comedy podcasts, such as “The Joe Rogan Experience” and “WTF with Marc Maron,” among others. Segura’s noted podcast, “Your Mom’s House,” which he co-hosts with his wife, comedian Christina Pazsitzky, was a finalist for Best Comedy Podcast at the Stitcher Awards and profiled by Vice.

The 39-year-old comedian’s third hour-long stand-up album sat atop the iTunes and Billboard Comedy charts for consecutive weeks. His first two albums, “Thrilled” and “White Girls with Cornrows,” also debuted at No. 1 and continue to play heavily on satellite radio and streaming music platforms. 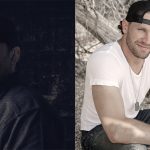 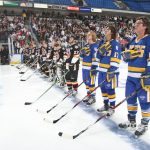