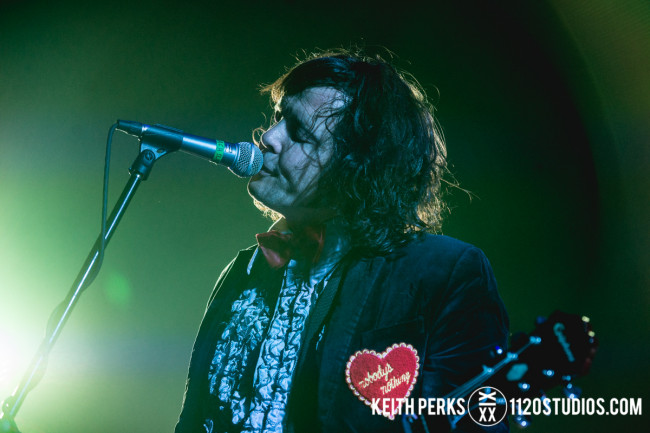 The Gallery of Sound goes all out for Record Store Day every year, and their 12th edition this Saturday, April 13 may be their biggest celebration yet at both locations.

Vocalist and guitarist James Alex of Philadelphia indie punk band Beach Slang, a critically acclaimed national act who opened for Jimmy Eat World when they played in Stroudsburg in 2017, will headline the main event at the Wilkes-Barre store, which also features live performances by local bands Esta Coda, Family Animals, Alma Mater, Joe Burke & Friends, and students from the nearby Rockology Music Academy throughout the day.

Outside the store in the parking lot, Susquehanna Brewing Company will release a cask of Strawberry Lemonade Shandy at 11 a.m. in the beer garden tent while vinyl DJs spin tracks all afternoon at the vinyl sidewalk sale. Food and drinks will be available as 97.9X and Alt 92.1 broadcast live from this location.

Opening at 8 a.m., the all-ages events at both stores are free and include giveaways of vinyl singles, canvas record bags, T-shirts, stickers, CD samplers, and raffles for free concert tickets to The Pavilion at Montage Mountain in Scranton and Ace Frehley at the F.M. Kirby Center in Wilkes-Barre.

All of this, of course, is in addition to the over 400 (mostly vinyl) Record Store Day titles that will be available in limited quantities, including Gallery of Sound’s first-ever record by Joe Nardone’s All Stars, “Shake a Hand.” The four-track 7-inch red vinyl features songs recorded during the band’s heyday in the 1960s. RSD new releases are limited to one per person on a first come, first served basis. A special mini turntable record player capable of playing 3-inch vinyl will also be sold to collectors.

See the full schedule of Record Store Day performances at the end of the article.

In the band’s first few years, Beach Slang proved that they can write memorable songs, share that energy live, and create a community of like-minded fans, but they were missing one important element – an album. Luckily, the group’s first full-length, “The Things We Do to Find People Who Feel Like Us,” is the culmination of their collective career and picks up where their two critically acclaimed 7-inches – 2014’s “Cheap Thrills on a Dead End Street” and “Who Would Ever Want Something So Broken?” – left off.

The feelings of youth and vulnerability lie at the core of Beach Slang’s music, which is part punk, part pop, and all catharsis. It references the ghosts of The Replacements but keeps one foot firmly rooted in the present. It’s fun and it’s serious. It’s sad but it isn’t. It’s Beach Slang.

This Philadelphia-based act built their hype the old-fashioned way, without any gimmicks or marketing teams, which makes sense when you consider that frontman and writer James Alex (formerly known as James Snyder) cut his teeth in the celebrated pop punk act Weston while other members also played in buzzed-about projects, such as Ex-Friends, Nona, and Glocca Morra. However, there’s something indefinable about Beach Slang’s music that evokes the spirit of punk and juxtaposes it into something that’s as brutally honest as it is infectiously catchy.

“By and large, we subscribe to the idea of ‘If it isn’t broken, we’re not going to fix it,’ so, yeah, we came at this recording in very much the same way,” Alex explained when asked how they approached the album from a sonic perspective when it was released in 2015.

“I mean, we had more time to make this album, which is a cool thing, but time can also be a strange overthinker. Really, we’ve just always wanted to make our things sound like well-recorded live records,” he continued, adding that the biggest difference this time around was the fact that engineer Dave Downham stepped up to co-produce this album and the fact that the band had finally found a full-time fourth member in guitarist Ruben Gallego.

“Having both of them and their ears involved definitely helped a lot. I hardly listen back to things in the studio. For me, if it feels right, it’s a keeper. But, yeah, there’s something pretty all right about striking a balance.”

Obviously, there was demand for a Beach Slang album since they exploded onto the scene. However, the band was very careful not to rush out something before it was totally ready.

“I write every day, regardless of what else is happening. And what we wanted to make happen was as many live shows as possible. There’s an importance in that, a necessity. Rock and roll isn’t meant to exist on computer screens, you know?”

Correspondingly, the hundreds of shows that the band played between this album and the EP is all now automatically embedded in their recorded output.

“I’m hardly concerned about our music being technically precise. I want to make sure it has soul, that it’s honest. The imperfections… that’s the really good stuff. We don’t ever want it to be perfect.”

“Certainly, we are going to sound like Beach Slang because, you know, we are, but we didn’t want to make this record a xerox of anything we’ve done. That stuff has no guts, you know?” Alex explained. “Even if you go from the first EP to the second EP, there’s a nice little arc and range of things happening. I think that’s even more true of this record.”

“There’s a line in that first song, ‘Throwaways,’ that goes ‘There’s a time to bleed and a time just to fucking run” – I’ve sung that line so many times between developing and writing the thing and I still get that little-hair-standing-up-on-my-arm moment every time I say it,” Alex said. It’s probably because the sentiments that he’s expressing have never been a choice.

“Certainly there’s an element of nostalgia inherent in the writing because a good bit is reflective, but it never lodges in the past; it’s more of a battle cry to now and where we’re going. Look, growing up and getting serious is wildly overrated stuff. Don’t listen to it. Jump around with a guitar. Play records loud. Never retire from being alive. Move on it.”

That movement is alternately beautiful and crushing. It’s blazing and plodding, silent and deafening, but always progressing and pushing toward that barely visible beacon in the horizon. “The Things We Do to Find People Who Feel Like Us” is just a giant step closer to our destination.

Since then, Beach Slang has released a few EPS and two more full-length albums: “A Loud Bash of Teenage Feelings” in 2016 and “Everything Matters But No One Is Listening” in 2018 under the name Quiet Slang, a solo side project that reinterprets Beach Slang material by embracing minimalism, smothering the fuzz in favor of a cello, a piano, and Alex’s voice.

The project’s seeds were planted just six months after Beach Slang’s formation, when he was asked to perform a Tiny Desk Concert for NPR by himself.

“That was just me, my guitar, and a clumsy excuse for charm. But, yeah, the response was beautifully unexpected and really nudged my thinking,” Alex noted. “Even now, at almost every show we play, somebody’s like, ‘I got turned onto your band from that NPR thing. You should make a record like that.’”

A successful solo tour solidified the idea in his mind.

“Quiet can sometimes be more powerful,” he said. “If Beach Slang is me fawning over The Replacements, Quiet Slang is me head-over-heels for Stephin Merritt.”