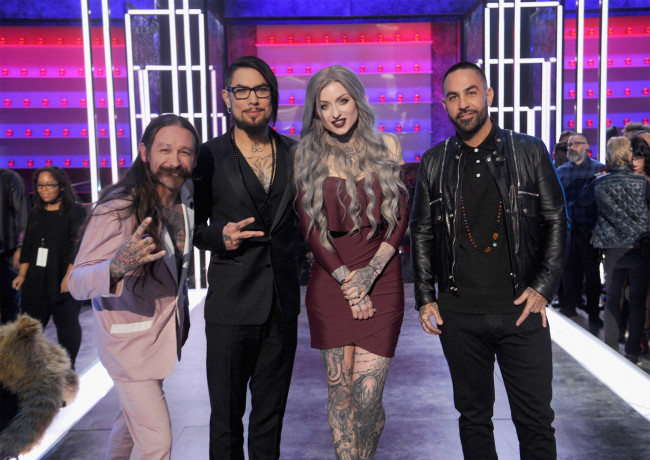 It was announced today that, along with a two-season renewal of the popular tattoo competition reality series “Ink Master,” the Paramount Network is expanding this hit franchise with a new spin-off series, “Ink Master: Grudge Match,” starring former Shavertown resident and Kingston tattoo artist and business owner Ryan Ashley Malarkey.

This isn’t the first “Ink Master” spin-off to feature Malarkey. She became the first female “Ink Master” in the live Season 8 finale in 2016 and was a breakout star, aided by an alliance of the top female competitors – Kelly Doty, Nikki Simpson, and Gia Rose – throughout the season. This inspired the all-female spin-off “Ink Master: Angels” that premiered in 2017, where they “travel the country and go head-to-head against some of America’s most talented tattoo artists – male and female – to see if they have what it takes to beat the ‘Angels’ and earn a spot on Season 10 of ‘Ink Master.'”

“Angels” was originally going to air as a special before it was expanded into a full series, and while it was renewed for a second season in 2018, but there is no word on whether or not a third season is in the works or if “Grudge Match” will replace “Angels” altogether.

On her official Facebook page, Malarkey told her fans to “get ready for all sorts of new shenanigans, me ball busting the hell out of these dudes, some fierce tattoo competition, and a whole new spin on ‘Ink Master.'”

Malarkey, who is known for her intricate black and gray tattoos, grew up in Dallas, Pennsylvania and is the co-owner of The Strange and Unusual oddities parlor (with her ex-fiancé Josh Balz, a successful entrepreneur, solo musician, and former keyboardist for Scranton metal band Motionless In White) in Kingston, where she had a private, appointment-only tattoo studio attached to the shop before it moved up the street to its current location of 467 Wyoming Avenue; they also own a second location in Philadelphia. She is now living and tattooing in New York City.

Chosen from 30 of the top tattoo artists from around the United States and competing against 17 other artists during Season 8 of the hit TV show, Malarkey came out on top in front of 2.2 million viewers, taking home a cash prize of $100,000, a brand new Dodge Charger, a feature article in tattoo publication Inked, and a guest spot at Oliver Peck’s Elm Street Tattoo in Dallas, Texas.

Season 12 of “Ink Master,” titled “Ink Master: Battle of the Sexes,” is set to premiere on Tuesday, June 11 at 10 p.m. “The new season features teams of male and female artists competing against each other for a chance to win $100,000, an editorial feature in Inked, and the coveted ‘Ink Master’ title. Past contestants and fan favorites will return throughout the season to coach the teams in various challenges during the competition. Season 13 is slated to premiere in 2020, and each season will consist of 16 one-hour episodes,” the press release states.

“‘Ink Master’ continues to be a ratings powerhouse for the Paramount Network. Season 11, which concluded this past December, was the No. 1 reality series on ad-supported cable among men 18-49 and a Top 10 reality series among adults 18-49, while the franchise is currently the most socially-engaged Paramount Network series and boasts over 365 million lifetime cross-platform video views.”

The Paramount Network has also launched a stand-alone “Ink Master” YouTube channel that features a new video with Malarkey:

“The popularity of tattoo culture is at an all-time high, so I am thrilled to expand the incredibly successful ‘Ink Master’ franchise across multiple platforms and touchpoints for our fans,” said Keith Cox, president of development and production for Paramount Network and TV Land.

“Each new season of Ink Master brings forth heightened interpersonal drama, and the stakes will be raised yet again in Season 12’s ‘Battle of the Sexes’ and the fall premiere of ‘Grudge Match.’ Additionally, the new YouTube channel will feature the most infamous moments from past seasons, content from upcoming seasons, and exclusives that fans won’t want to miss.”

“With ‘Ink Master,’ the longer we engage and delve into the tattoo world, the more artistry and complexity we uncover,” added Truly Original Executive Producers Glenda Hersh and Steven Weinstock.

“12 seasons in, the franchise continues to surprise and inspire us – we love getting to deliver that same experience to viewers and appreciate the great partnership with Paramount Network that allows us to do it.” 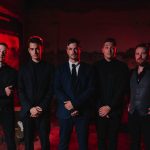