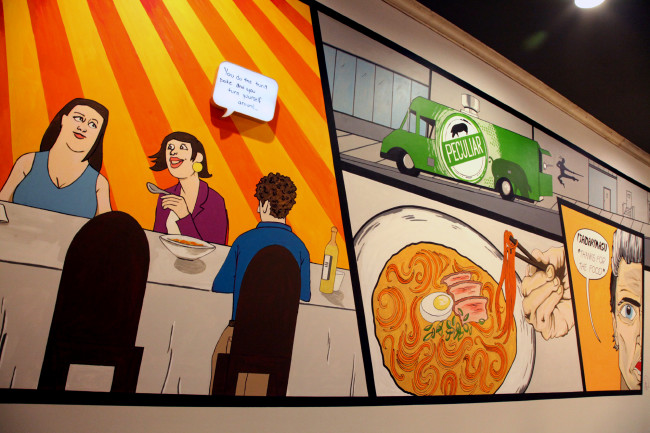 Gene and Miranda Philbin, a husband and wife team from Pittston, started Peculiar Culinary Company back in 2012 by hosting pop-up dinners and catered special events around Northeastern Pennsylvania. They added a food truck in 2015 and traveled as far as Allentown and Easton for festivals and other events.

After several national television appearances on the Food Network and CNBC while continuing to gain popularity back home, they decided it was time to open their first brick and mortar shop in 2018, working with a local developer and architect to bring their dreams into reality.

Peculiar Slurp has now been open for one year at 307 Penn Avenue in downtown Scranton. From Monday, May 20 through Saturday, May 25, they will be celebrating the first anniversary of this “modern ramen joint.” Each day of the week will include live entertainment, along with daily food and drink features, to give back to the loyal customers who have supported them over the past year and welcome new ones.

“Our block in Scranton has a great energy. All of the small businesses support one another, and we even call ourselves the #pennavecrew. There are great events within the city like First Fridays that promote local art and culture,” Miranda Philbin said.

“We are open six days per week for lunch and dinner, closing only on Sundays, although we do host the occasional Sunday brunch.”

The menu consists of Asian-inspired noodle bowls, such as their Pork Belly Shoyu and Lemon Shio with Chicken Katsu Ramen, along with a new Poke menu featuring an array of bowls with a choice of cold dressed spinach noodles or ginger greens as the base. Peculiar Slurp also offers small plates, bao buns, daily features, and dessert options. Beverage offerings include imported Japanese sodas and teas, local coffee and honey soda, a full craft beer selection, sake, wine, and a cocktail menu.

The entertainment lineup for the anniversary week celebration will be announced soon. 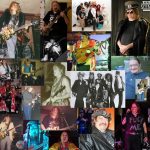