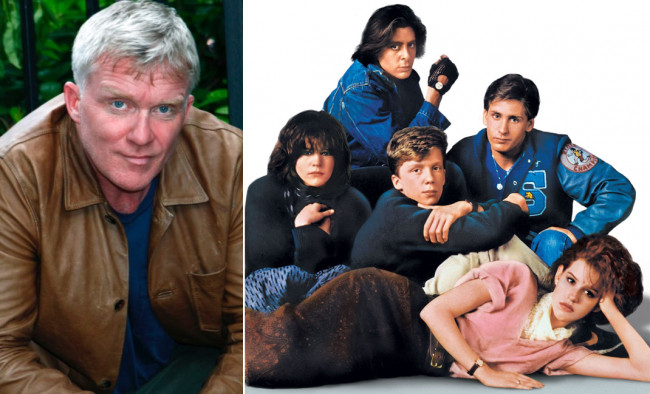 It was announced today that actor Anthony Michael Hall will appear at the F.M. Kirby Center in Wilkes-Barre for a screening of everyone’s favorite coming-of-age dramedy, “The Breakfast Club,” followed by an interactive discussion and Q&A with “the Brain” himself, on Saturday, Aug. 17 at 7:30 p.m.

A limited number of VIP tickets will be available that include a photo with Hall. Pixy Stix-Cap’n Crunch sandwiches and sushi are not included.

“The Breakfast Club” was written, produced, and directed by John Hughes and stars Emilio Estevez, Anthony Michael Hall, Judd Nelson, Molly Ringwald, and Ally Sheedy as teenagers from different high school cliques who spend a Saturday in detention with their strict and grumpy assistant principal, played by Paul Gleason.

Universal Pictures released the film in U.S. cinemas on Feb. 15, 1985. It received critical acclaim and earned $51.5 million on a $1 million budget.

Critics consider it among the greatest films of all time, as well as one of Hughes’s most memorable and recognizable works. The media referred to the film’s five main actors as members of a group called the “Brat Pack.”

In 2016, the movie was selected for preservation in the United States National Film Registry by the Library of Congress as being “culturally, historically, or aesthetically significant.”

Whether you’re a Brain, Athlete, Basket Case, Criminal, or Princess, longtime fans and new audiences alike can celebrate the return of this iconic film to the big screen. Detention has never been more fun, especially when one is getting the inside scoop from Anthony Michael Hall.

Hall’s diverse career has included multiple classic movies (“National Lampoon’s Vacation,” “Weird Science,” “Sixteen Candles,” “Edward Scissorhands”) and television shows (USA’s “The Dead Zone,” cast member of NBC’s “Saturday Night Live”). “The Breakfast Club” is known as the “quintessential 1980s film” and is considered one of the best films of the decade. It was ranked No. 1 on Entertainment Weekly’s list of the “50 Best High School Movies” in 2010.

Created by Mills Entertainment, The Backlot Project brings the most beloved stars of television and film from the screen to an exciting and intimate live setting. Each Backlot Project is interactive and takes audiences behind the scenes as the brightest stars engage in a tell-all conversation with the talents that brought their favorite moments in entertainment to life.

Mills Entertainment, a live entertainment content studio and division of Creative Artists Agency, collaborates with top talent and property holders to create unforgettable live experiences. With full global distribution and partnerships worldwide, its specialty is taking shows from concept to stage, serving as the complete solution in realizing the vision. Current projects include “American Girl Live,” “Daniel Tiger’s Neighborhood Live,” “Ripley’s Believe It or Not! Carnival of Curi-oddities,” and “Theresa Caputo Live: The Experience. 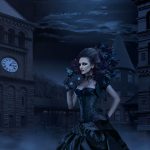