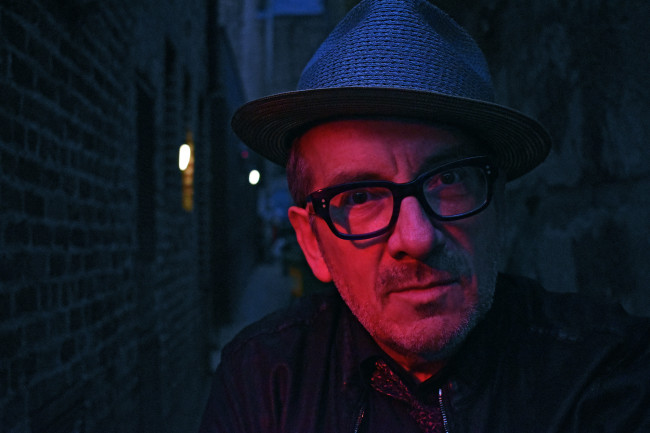 Following a summer tour with Blondie, Elvis Costello & The Imposters will hit the road again in October as the sole headliner of the Just Trust Tour, which stops at the Hershey Theatre on Thursday, Oct. 24 at 7:30 p.m.

Tickets, which start at $47.85, plus applicable fees, go on sale this Friday, June 28 at 10 a.m. and will be available at the Giant Center box office (550 Hersheypark Dr., Hershey) and online at hersheyentertainment.com and ticketmaster.com. The Hershey Theatre box office will be closed through Aug. 18.

Elvis Costello & The Imposters’ latest tour is entitled “Just Trust” in answer to the musical questions: “Will they play my favorite song?” or “Are they going to frighten the horses with a lot of excellent songs that are rarely performed?” And not to mention, “Can I expect the hits of yesteryear and those of tomorrow?” to which they say, “Just trust Elvis Costello & The Imposters.”

Despite his recent anomalous inclusion in the Queen’s Birthday Honour’s List, Elvis Costello O.B.E. will not be putting on airs, but putting on the style for this unique evening of song and mischief.

His superlative ensemble – Steve Nieve on keyboards, Pete Thomas on drums, and bassist and vocalist Davey Faragher – is once again augmented by singers Kitten Kuroi and Briana Lee, all of whom were heard on the acclaimed 2018 Concord Records release, “Look Now,” which features numbers that will surely find their rightful place among the highlights from one of the most formidable song catalogs in popular music. This sensational album ranks alongside the best work this singularly great artist has ever produced.

Recorded in Hollywood, New York City, and Vancouver, British Columbia, “Look Now” is beautiful in its simplicity, reflective in its lyrical vision, surrounded by melodies and orchestrations that are nothing short of heavenly. It’s the first album Costello has made with The Imposters since the 2008 release of “Momofuku” and his first new album since the acclaimed 2013 Roots collaboration “Wise Up Ghost.”

Anyone anywhere in the world who has seen Elvis Costello & The Imposters live can testify to their unmitigated swagger. Costello’s suspicion that it was time to return to the studio was confirmed while on the Imperial Bedroom & Other Chambers Tour of the United States last summer, and he realized the power and sheer musicality of The Imposters had never really been fully captured on one record.

“I knew if we could make an album with the scope of ‘Imperial Bedroom’ and some of the beauty and emotion of ‘Painted from Memory,’ we would really have something,” Costello said.

“Look Now” is an outstanding 12-strong addition to his song catalog that dates back to the 1970s. Most of the titles were written solely by Costello, although “Don’t Look Now” and “Photographs Can Lie” were co-written with Burt Bacharach, who makes a guest appearance, leading The Imposters from the piano for those two ballads.

Another song to which Bacharach contributed, “He’s Given Me Things,” features some of the best singing Costello has ever recorded, while “Burnt Sugar Is So Bitter” was written with Carole King and closes with a serpentine horn line winding around Steve Nieve’s atmospheric keyboard parts.

The album was co-produced by Costello and Sebastian Krys, the Latin Grammy Producer of the Year for 2007 and 2015 whose love and understanding of music spans both hemispheres.

Krys had worked extensively with Thomas and Faragher in the Los Angeles studios, so it’s no surprise that this dynamic rhythm section was incredibly well-prepared for the recording sessions. “When Pete and Davey are in this kind of rare form, it’s wise to get on the back-beat with your Telecaster and stay out of their way,” Costello noted.

Speaking of his own role as co-producer, Costello said, “I had all of the orchestrations and vocal parts in my head or on the page before we played a note, so it was essential that I worked closely with Steve Nieve to maintain the light and space in the arrangements and allow him to shine.”

Costello completed the picture by adding both guitar and his own vibraphone or celesta parts to his orchestrations, but remarked, “Sebastian was there to make sure only the essential notes got onto the record, whether it was a fuzz-tone guitar or jazz bassoon.”

“In the final mixing, Sebastian did a beautiful job of keeping everything present but always lead by emotion or narrative, although when balancing the band, my voice and the quartet of woodwinds and horns that I’d written for ‘Stripping Paper,’ I told him to ‘Just trust the blur.'”

The wristband policy will be in effect for this concert. Fans are permitted on the Hersheypark Entertainment Complex property beginning at 7 a.m. on June 28. Two hours prior to the on-sale, fans will be directed in front of Giant Center box office, where they will be issued a numbered wristband. Wristbands are available for one hour and, at the conclusion of that hour, a selected fan will randomly choose a wristband that will determine the line order. Once the line is in place, fans arriving after the wristbands were issued will be escorted to the end of the numbered line. 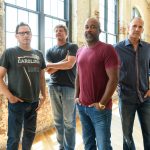