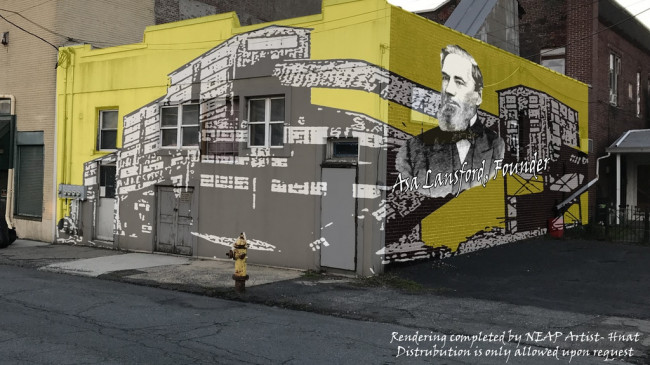 A 501c3 nonprofit organization is working to brighten the small town of Lansford in Carbon County with a new mural that will be placed on Patterson Street on Route 209.

Lansford Alive has teamed up with the Northeast Art Project, a Scranton-based mural company, to bring this project from an early rendering into the real world. NEAP artists have designed a mural that captures the rich mining history of Lansford, Pennsylvania, and work can begin in this highway corridor as early as this summer, but they need the help of outside beneficiaries to move their passion project forward.

Lansford Alive and the Northeast Art Project hope the community will support the Lansford Alive Memorial Mural. They are seeking $3,500 by Saturday, July 13 through crowdfunding website Kickstarter, offering rewards like digital prints, name recognition on the mural plaque, a personal invitation to the mural debut party, and more.

Lansford Alive is also accepting personal donations in any amount. The goal is simple – “to help the community grow into an even more beautiful place” as well as “strengthen pride and foster a greater sense of unity.”

“This mural project is a great idea to showcase our rich coal mining history while adding an eye-catching mural on a busy stretch of Route 209 in Lansford,” said Lansford Alive president Chris Ondrus.

“We hope it will be considered another asset and accomplishment in town.”

Lansford grew with the development of local anthracite coal mines and was named after geologist and mine owner Asa Lansford Foster, who was an advocate for merging the small “patch towns” that developed in the area surrounding the anthracite coal mines. The population was 3,941 at the 2010 census, a steep decline from a high of 9,632 at the 1930 census, common to many mining towns in Northeastern Pennsylvania.

Lansford Alive is dedicated to improving the area with a mission “to revitalize the traditional commercial district of Lansford, Pennsylvania by using a five-point approach to downtown revitalization: community improvement, design, economic restructuring, historic preservation, and organization.”

The Northeast Art Project streamlines the process of implementing and completing public works of art in NEPA. From urban to rural locations, the organization assists in marrying professional, amateur, and community groups to public projects ranging from community murals to sculptures. With knowledge of both historical and contemporary art, NEAP hopes to be a catalyst for more public artwork that preserves and enhances the community’s identity and aids in its continued growth.

The Northeast Art Project was founded by artist Ryan Hnat, who will spearhead this project in Lansford from beginning to end. He grew up in nearby Coaldale, Pennsylvania in Schuylkill County and currently runs NEAP in Scranton, where he has facilitated projects at the Marketplace at Steamtown, the Lackawanna River Heritage Trail, and a Scranton-themed mural downtown on the side of Levels Bar & Grill.

“This project is the perfect case study for the arts. A town not far from another tourist town [Jim Thorpe] is the perfect place to paint everything in murals,” Hnat stated.

“Paint the town and I bet it will boost economic development. People will drive to Lansford to see art. Now we just need help to get the project going.”

Learn more about local public art projects and the early formation of NEAP with Hnat in Episode 37 of the NEPA Scene Podcast: 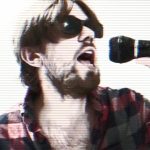