Third-wave feminist riot grrrl Allison Wolfe, the vocalist of 1990s all-female punk band Bratmobile and the co-founder of punk feminist fanzine Girl Germs, will be the featured guest at the Weird & Wired Punk Bazaar and Zine Expo in Scranton this Saturday, June 8.

At this new event, artists, makers, zinesters, and collectors will showcase their handmade works and wares from noon-5 p.m. at St. Mary’s Center (320 Mifflin Ave., Scranton). Wolfe will meet with fans and host a talk on zines and riot grrrl culture at 4:30 p.m.

In 1999, Wolfe initiated the nonprofit feminist music festival Ladyfest, which spread around the United States, the United Kingdom, and beyond. She lives in Los Angeles, where she got a masters in specialized journalism in the arts from the USC Annenberg School for Communication and Journalism. Wolfe produces a podcast, “I’m in the Band,” sings in bands, and is working on an oral history of riot grrrl book and audio archive.

Tickets for Weird & Wired, which are only $2, are on sale now via Eventbrite.

Two hours from New York City and Philadelphia in either direction, Scranton is a town of artistic miscreants, urban makers, music collectors, metalheads, hippies, and punks of all breeds. With over 60 vendors from the tri-state area and the women of SaturBae DJing all afternoon, the Weird & Wired Punk Bazaar and Zine Expo will bring local DIY subculture to the forefront, acting as a showcase for audiophile specimens like vinyl, cassettes, and VHS tapes and a social space for zines, comics, radical publications, and other printed matter as well as original handcrafted works.

Weird & Wired began originally as the Scranton Zine Fest in 2011. Meoni started making zines in high school, mainly reflecting on punk culture and local music. After attending the Philly Zine Fest in 2010, she was inspired to establish her own festival in Scranton. The event grew each year with new zinesters exploring social commentary, personal issues, and more.

In 2018, after several smaller community events, she decided to organize an alternative market – namely, the Not Another Punk Rock Flea Market. Curating a range of artists, makers, and collectors, the event escalated in curiosity and attendance. After a decade of coordination, Weird & Wired was finally born, showcasing the best of the local punk scene, indie maker circles, and zine publishers with one big event in downtown Scranton.

After Weird & Wired ends on June 8, attendees are invited to the Weird & Wired New Wave After Party with DJ Quoth at The Bog (341 Adams Ave., Scranton), which starts at 8 p.m.

See NEPA Scene’s photos from the 2016 Scranton Zine Fest here and learn more about organizing DIY community events in Scranton with Meoni in Episode 21 of the NEPA Scene Podcast: 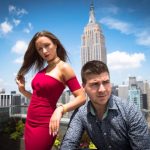 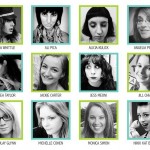