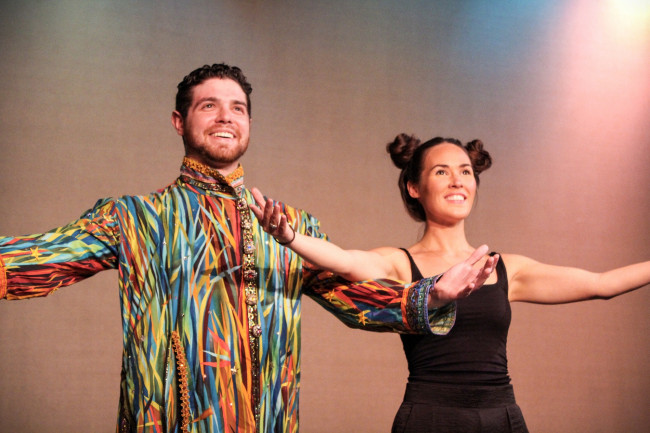 The Scranton Shakespeare Festival will start its eighth season tonight with the biblical musical “Joseph and the Amazing Technicolor Dreamcoat,” which features a local lead singer in the title role.

Stephen Murphy, vocalist and keyboardist for Scranton pop rock band Black Tie Stereo, will portray Joseph, sharing the stage with Michele Conaboy McGrath as the Narrator. Based on the story from the Book of Genesis with lyrics by Tim Rice and music by Andrew Lloyd Webber, this production is directed by Billie Aken-Tyers and promises to be inventive, fun, and inspiring to the young and young at heart.

Their new single, “Somebody Like You,” is set to premiere on Wednesday, July 3, the same day that the band is playing a free outdoor show on the Linden Street stage outside of Levels Bar & Grill (519 Linden St., Scranton) for the Scrantastic Spectacular. They are set to perform from 7:30 p.m.-8 p.m. before the fireworks and from 10 p.m.-11 p.m. after the fireworks.

Offering free professional theatre across the city throughout the summer, this season of the Scranton Shakespeare Festival features stories from far and wide… and something very close to home.

Scranton Shakes Artistic Director and festival co-founder Michael Bradshaw Flynn is taking on William Shakespeare’s epic story of love and sex during the Trojan War, “Troilus and Cressida.” Flynn, a Scranton native, adds a unique spin to this famous story exploring conflict in the war rooms and the bedrooms of Troy’s golden days. Local and New York City actors will portray legendary roles like Helen of Troy and Achilles.

This production will excite both history buﬀs and not-so-regular theatergoers. Check out “Troilus and Cressida” on July 12, 13, and Aug. 3 at 7:30 p.m. and July 14 at 3 p.m. in the St. Robert Bellarmine Theater at Scranton Prep.

Last season, audiences adored newcomer Emma Rosa Went’s deceptively simple and heartwarming production of “As You Like It.” This year, she is bringing her directing skills to Shakespeare’s “Richard III.”

Set in a straight-laced, buttoned-down, Victorian-esque metropolis, audiences will revel in the infamous royal villain’s rebellious and horrifying campaign to become King of England. He’s the evil king everybody loves to hate, which might be why “Richard III” is the second-most produced Shakespeare play ever (after “Hamlet”).

That’s one more reason not to miss Scranton Shakes’ production on July 19 and 20 at 7:30 p.m. and July 21 and Aug. 4 at 3 p.m. at the Royal Theater at the McDade Center for Literary and Performing Arts at the University of Scranton (800 Linden St., Scranton).

Every season, Scranton Shakes features a daring, site-speciﬁc production. In 2017, the baseball musical “Damn Yankees” was performed at a baseball ﬁeld. Last year, audiences were enveloped by a glass elevator and sweeping staircases in the Marketplace at Steamtown’s for “How to Succeed in Business Without Really Trying.” This year is no diﬀerent.

“Cabaret” (with music by John Kander and lyrics by Fred Ebb) is a Broadway musical set in 1929 at Berlin’s Kit Kat Club with a backdrop of racial tension and the pre-war Nazis’ rise to power. This year, Scranton Shakes is turning this production into a titillating night out at Scranton’s new downtown secret speakeasy, Madame Jenny’s.

Scranton-raised Simone Daniel directs this classic show with a fresh, contemporary lens that audiences are sure to get a kick out of as they sip cocktails in their plush velvet booths. Performances for mature audiences only are July 25, 26, and Aug. 4 at 7 p.m., July 27 at 7 p.m. and 10 p.m., and July 28 at 3 p.m. and 7 p.m. at Madame Jenny’s (126 Franklin Ave., Scranton).

A very exciting production is closing out this eighth season of free professional theater. Tony-nominated Broadway legend Douglas Carter Beane (“Fairy Cakes” in 2014 and “Hood: The Robin Hood Musical Adventure” in 2015) returns to Scranton with a brand new play set in the Keystone State.

Beane’s “The Behavior of Light” charts the adventures of shy, amateur artist Teddy, a young man who, despite living in 1970s Reading, Pennsylvania with his television-tending mom, spends his days lost in a whirlwind of love, color, light, and creativity. A whirlwind that will remain private – or so he thinks. Performances are July 31 and Aug. 1 and 2 at 7:30 p.m. at the University of Scranton’s Royal Theater at the McDade Center.

The festival invites residents to see one or all five shows. Though tickets are free, reservations are highly recommended. Reserve tickets and get more details now at scrantonshakes.com.

“The Behavior of Light”
University of Scranton
(800 Linden St., Scranton) 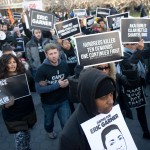