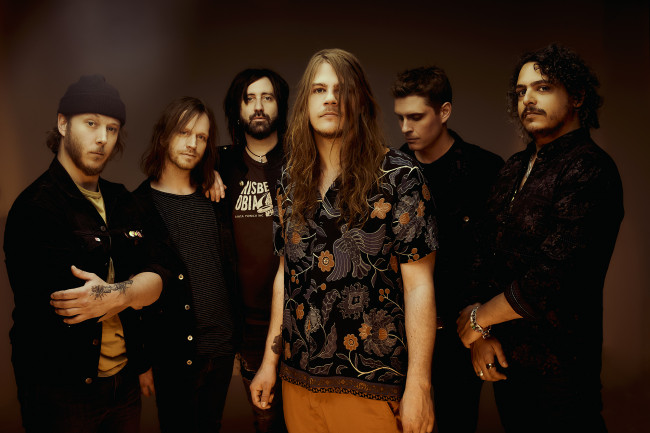 It was announced today that Hazleton active rock radio station 97.9X will bring Canadian rock band The Glorious Sons to Music Go Round in Wilkes-Barre Township for a live unplugged show on Monday, Aug. 5 at noon.

The “97.9X-Clusive Pop-Up” is free, but space is limited, so fans are encouraged to arrive at Music Go Round (677 Kidder St., Wilkes-Barre Twp.) early. The station will provide “a chance to score a photo with the band and an autographed guitar.”

Last week, The Glorious Sons announced their incisive new album “A War on Everything” – out Sept. 13 on BMG/Black Box – a daring 14-track collection of stadium-ready, “dirty, sweaty rock” (Alternative Press) rife with devastating moments of vulnerability and searing insight into universal truths about anxiety, sadness, and isolation in the 21st century.

Produced by Frederik Thaae (Kate Nash, Atlas Genius) and recorded at North of Princess studios in the group’s hometown of Kingston, Ontario, “A War on Everything” marks the start of a new chapter for a band who in 2019 alone landed their first Billboard No. 1, played massive shows with The Rolling Stones and Twenty One Pilots, and toured with The Struts – and that’s just the beginning.

“I wrote this song in response to my ex claiming ‘We don’t have anything’ as she looked around my shitty apartment,” he said. “‘Pink Motel’ was my last effort to remind her how meaningless everything was if we couldn’t get back to just her and I.”

“I think these days we all walk around overstimulated, overdependent, addicted, yearning for some magic way to isolate ourselves from the world and still be loved,” he added, and those themes penetrate the entirety of the album.

The Glorious Sons’ dangerous brand of rock and roll is on full display on “A War on Everything.” From the kinetic intensity of “Panic Attack” to the frenzied “The Ongoing Speculation into the Death of Rock and Roll,” the album bursts with bulletproof energy and trenchant, brutally honest lyrics.

Loudwire named The Glorious Sons an up-and-coming rock band “you need to hear,” and Billboard has praised the band’s “infectious energy.” Their recent single “Panic Attack” is currently No. 1 on the Canadian Active Rock chart and in the Top 15 on the U.S. Active Rock chart. Their breakout 2017 single “S.O.S. (Sawed Off Shotgun)” held the No. 1 spot on U.S. Active Rock for four consecutive weeks earlier this year and remains one of the most played tracks on rock radio.

The Glorious Sons will tour extensively behind “A War on Everything,” including forthcoming dates with The Struts at New York’s Pier 17, D.C.’s 9:30 Club, and more. They’ll play the Osheaga Music and Arts Festival next month, and in September, they’ll headline a hometown show at Kingston’s 14,000-cap Richardson Memorial Stadium.

The band’s second full-length album, “Young Beauties & Fools,” is all about honesty. More specifically, it’s about exploring the adventures (and frequent misadventures) of main songwriter Brett Emmons in the truest way. It’s also an album where The Glorious Sons – rounded out by Brett’s older brother Jay Emmons (guitar), Chris Koster (guitar), Adam Paquette (drums) and Chris Huot (bass) – capture all the listlessness and confusion of young adulthood in 10 doses of modern rock.

“It’s basically the story of a 24-year-old kid,” Emmons said. “They’re simple songs about alcoholism and the mostly autobiographical story of my life. The whole thing is derived from the thoughts, actions, and feelings of a kid who doesn’t really know himself and the consequences of those actions.”

Glorious Sons’ hardscrabble tales come naturally. A high-spirited rock band with blue collar roots, they truly found themselves when Brett Emmons quit school in 2013 to join them as lead singer. Subsequent years of hard touring and hard partying – sometimes in places so sketchy, as he puts it, “there was no electricity in the building” – provided fuel for the songs on “Young Beauties & Fools.”

Whether it’s the rock ‘n’ roll bender “My Pour Heart,” the not-so-classic boy-meets-girl story of “Josie,” or the deeply embarrassing punch-up at a wedding tale “Everything Is Alright,” Emmons’ songwriting deftly explores the imperfect humanity of both himself and the many characters he introduces over the course of the album.

It wasn’t easy to capture that realness. The band wanted to range further, to grow and evolve from the successes of their 2014 album “The Union.” That record was an immediate hit on the Canadian radio rock landscape. Glorious Sons scored seven consecutive Top 10 rock radio tracks, won two SiriusXM Indie Awards (Group of the Year and Rock Group of the Year), and received a Juno Award nomination in 2015 for Rock Album of the Year. They continue to tour extensively.

“You don’t know what you’re going to get night to night from us,” Jay Emmons said. “It’s something you have to see and it’s interesting and powerful.”

“It’s also an inch from either side of falling off the tracks every single night,” Brett Emmons added.

Which is perfectly fitting for a band living young and foolish. 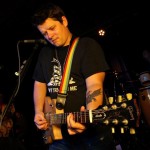