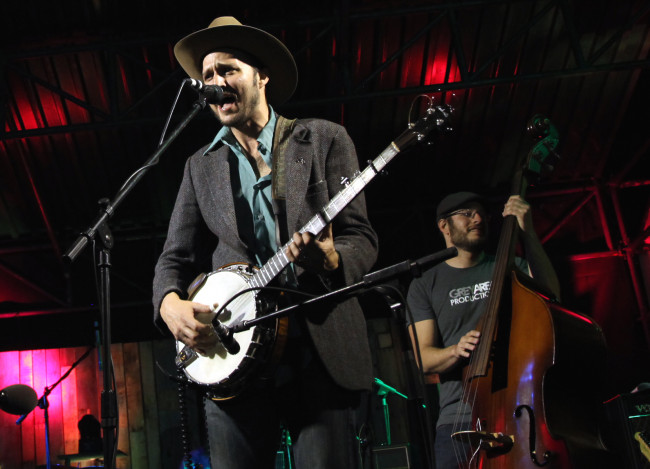 Scranton/Wilkes-Barre jamgrass band Cabinet headlined the Grateful Get Down 4 in Biglerville near Gettysburg last month, but if you missed their only music festival performance of 2019, you’re in luck – they’ve announced a special show with New Jersey roots rock/Americana jam band Railroad Earth on Saturday, Aug. 31 at the Pat Garrett Amphitheater in Bethel, Pennsylvania.

Tickets, which are $55 for general admission in advance, $65 at the door, or $100 for VIP passes, are on sale now via Eventbrite. Children ages 12 and under are free and must be accompanied by a parent or legal guardian ticketholder.

Doors at the Pat Garrett Amphitheater (8373 Rt. 183, Bethel) open at 3 p.m. Parking is $5 per car and $20 for oversized vehicles like RVs, campers, and box trucks. Camping is available 5.2 miles away at the Mountain Springs Arena (3450 Mountain Rd., Hamburg) with a late night pickin’ afterparty. Camping passes, also sold on Eventbrite, are $20 per person and $25 for an optional RV electrical hookup.

While there was speculation a few months ago that they might return to the Peach Music Festival, Cabinet opted for the Grateful Get Down instead. Prior to that, their last live show together was headlining a “New Year’s Eve Extravaganza” at the Clarion Hotel & Conference Center Harrisburg West in New Cumberland, also organized by A Bear’s Picnic.

Garnering a huge local following and touring the country since forming in 2006, the band declared an “indefinite hiatus” in late 2017, playing a “farewell” concert at the F.M. Kirby Center in Wilkes-Barre on New Year’s Eve. They have since split into various other projects, including solo efforts by Pappy and JP Biondo, Pappy and JP’s new Owl & Crow duo, Pappy’s Kick & Banjo duo, and an experimental Americana/funk/blues band called Gatos Blancos. Drummer Jami Novak continues to play in the Village Idiots as well as other local bands like The Dishonest Fiddlers.

Just last week, Pappy released his own take on a traditional song, “Dig a Hole in the Meadow,” featuring guitarist Steve Kimock that is available now on Spotify, Apple Music, and YouTube. Cabinet released their last studio album, “Cool River,” on Oct. 13, 2017.

For five years, the band also hosted and performed multiple sets at their own successful music festival at The Pavilion at Montage Mountain in Scranton, the Susquehanna Breakdown, attracting national acts and earning write-ups by major music publications like Rolling Stone. Their Peach Fest reunion at The Pavilion on July 19, 2018 was well-received by both longtime fans and newcomers alike, so while the group is still split up across different states and bands at the moment, the “CabFam” will have another opportunity this year to see them share a stage. 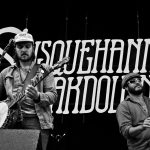