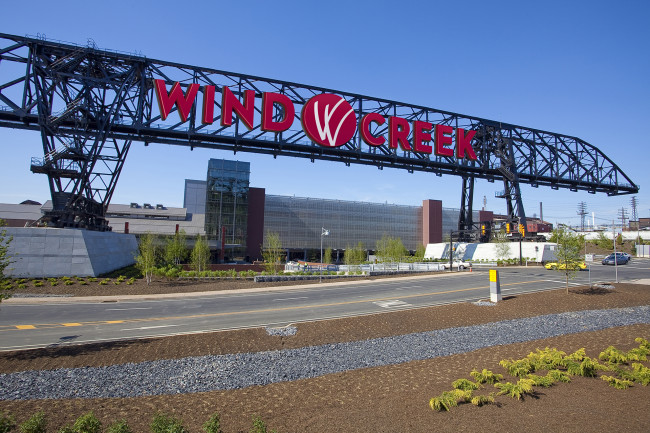 Last month, Wind Creek Hospitality finalized the $1.3 billion purchase of the Sands Casino Resort in Bethlehem, so the Lehigh Valley property has been rebranded as Wind Creek Bethlehem, including the Sands Bethlehem Event Center.

The 14,000-square-foot venue for music, comedy, sports, and other shows will now be known as the Wind Creek Event Center, and all events previously booked there will continue under the new name. New concerts and comedy shows were also announced this week.

An authority of the Poarch Band of Creek Indians in Alabama, Wind Creek Hospitality described the purchase of its largest property to date and their future plans in a press release:

Over time, WCH plans to invest an estimated $340 million in updating and expanding the property to include construction of a 300-room hotel adjacent to the casino, a 300,000 square foot adventure and water park at the existing No. 2 Machine Shop Bethlehem Steel site, and a 400-to-450-room hotel adjacent to the adventure park. All expected to bring additional jobs, tourism, and economic growth to Lehigh Valley.

“One of the things that drew us to this property is the quality and experience of the service-minded employees. Each of the nine executives has accepted a multi-year contract with us, and we hope that all team members want to continue their work here as part of the Wind Creek family. We will need them as we grow the offerings at Wind Creek Bethlehem,” WCH President/CEO James Dorris commented.

Sands Bethlehem Event Center in 2017 said it sold more than 180,000 tickets to its concerts and other events in 2017 to make it the fourth-busiest club-sized venue in the world.”

Certainly the Sands name added recognition to the event center, but its entertainment offerings have been at the top of the industry.

Shows it has offered recently include Britney Spears, Janet Jackson, Lindsay Buckingham and Christine McVee of Fleetwood Mac, The Moody Blues’ 50th anniversary tour, pop groups Paramore and DNCE, and a show by British band The 1975 that sold out in a record four minutes.