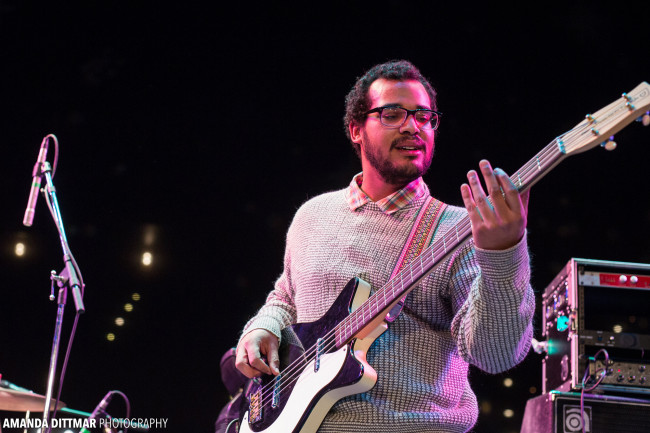 A concert meant to be a showcase for local music is now dedicated to the memory of Spenser Spirit Hogans and raising money for the family of a kind and talented young musician from Scranton gone too soon.

Hogans, a member of Scranton/Philadelphia indie rock band Three Man Cannon and a solo musician who often collaborated with other Philadelphia bands, tragically passed away on July 4 at the age of 29. In a public Facebook post the following day that she asked others to share, his mother Tracey Hogans said that, according to his autopsy, “He had a viral infection that spread through his body but he thought he just had the flu. Unfortunately, he had a seizure and the EMTs were unable to revive him. I am beside myself and can’t believe this has happened.”

This news left both the Northeastern Pennsylvania and Philly music scenes at a loss as well, with tributes pouring out of social media from friends, family members, and fellow musicians asking for donations via Venmo @for-spenser-spirit to help his family with funeral costs. Spenser Hogans’ friend Jake Bradley, Stage West (301 N. Main Ave., Scranton), and several musicians are contributing in their own way by donating $1 from every drink and food order at Stage West’s Local Music Showcase on Wednesday, July 10. Doors open at 6 p.m., and the show featuring American Buffalo Ghost, James Barrett, the Brendan Brisk Blues Band, Sweetnest, and Jack Goddard starts at 7:30 p.m. Admission is $5 at the door.

Sean Flynn, vocalist and guitarist of Scranton bands American Buffalo Ghost and Old Charades, immediately agreed to help out when Bradley suggested it.

“I really met Spenser properly through [Old Charades bandmate] Jerry Connor years ago, and we just clicked so fast and it felt like we were old friends. Every time he came back into Scranton, we would magically find each other and have a ball at house parties or at The Bog. He would always message one of us when Old Charades was playing in Philly and would come out to see us and we would have the best time,” Flynn told NEPA Scene.

“He was honestly one of the easiest souls to connect with. You can’t say that about everyone. You felt you were in special company with him. He could be getting ready for another nationwide tour or getting ready to hit the studio with whoever and you felt like it was just a thing for him; he was about what you and him were doing at that moment. I honestly can say I will miss him more than I will know and think of him as someone I lucky enough to call a good friend. Playing in Philly at certain places, or going to parties down there in the future, I will know something will be missing at it will be him. I also know, however, I wont be the only person in the room thinking that. He had that energy. You can’t fake that.”

Scranton singer/songwriter James Barrett shared those sentiments, meeting and connecting with Hogans in a similar way.

“I first met Spenser when I was 17 back in 2015 at a house show at my friend Jerry’s in Philadelphia. We both played solo sets that night. From then on, Three Man Cannon became one of my favorite bands, and I always felt honored any time we shared a stage,” he recalled.

“He was always so kind and hilarious and was so talented. Any chance I got to see Spenser always brought a smile to my face, and I will miss seeing his smile forever.”

According to his obituary, Hogans graduated from Scranton Preparatory School and received a bachelor’s degree in advertising with a minor in neuroscience from Temple University in 2012. The obit continues:

It is difficult to sum up the multifaceted talents of Spenser, but from a young age, Spenser channeled most of his creativity into music and never stopped. Spenser’s music career started with Scranton’s own OneWordMary, famously known for headliners such as “Pat Flynn’s 15th” and “Lauren Colan’s Grad Party.” Spens’ passion for garage band punk took root in 2005 when Three Man Cannon formed. For the last 14 years, Spenser toured the U.S. and abroad with his best friends in Three Man Cannon, playing the music they wrote together. Spenser collaborated and toured with several other bands and musicians, including Cherry, Cave People, The Sidekicks, and Queen Jesus, and recently recorded his first solo album under the moniker Early Animator.

Spenser’s other passions included poetry, reading, Twitter (follow @earlyanimator), and “Star Trek,” but perhaps Spenser’s most memorable talent was his ability to cultivate community and bring people together. Spenser had a friend in every community, and we remember him for making us feel welcome and heard.

The Local Music Showcase on July 10 will follow a celebration of Hogans’ life at 10 a.m. at the Solfanelli-Fiorillo Funeral Home (1030 N. Main Ave., Scranton). Family and friends can pay their respects on Tuesday, July 9 from 4 p.m.-7 p.m. at the funeral home.

Meanwhile, tributes from fellow musicians continue to be posted across Facebook, Twitter, and Instagram, including some from Scranton bands that Hogans shared the stage with at the annual NEPA Holiday Show at venues like the Scranton Cultural Center, which often brought Three Man Cannon back home.

“This is probably Spens’ least favorite social media, and this message is something that we would all usually discuss for days before posting. However, our witty, loving, extraordinary best friend, bandmate, and brother passed away yesterday. We miss him,” Three Man Cannon said on Facebook.

“Spenser was an incredibly caring, funny, interesting, and talented friend. We miss him so much already. This doesn’t feel real,” Tigers Jaw tweeted.

“I love you so much Spencer and we miss you astoundingly. Thanks for always being there,” Petal tweeted.

“Words can’t express the love we have for Spenser. Please donate to help his family during this trying time. Love you forever, Spenser,” Captain, We’re Sinking added on Twitter.

John Vettese at WXPN’s The Key also wrote about Hogans and his contributions to the Philadelphia music scene, calling him “a songwriter, bassist, cherished friend, and positive force in the music scene” and “an upbeat and outgoing person with a radiant smile.” The article notes that Hogans was preparing to take his solo project Early Animator out on a month-long tour in August and September with Slaughter Beach, Dog, and Cave People “and was very much looking forward to it.”

“We here at The Key were fortunate enough [to] spend time with Hogans twice in WXPN studios: once when Cherry recorded, and once when Three Man Cannon recorded. True to everything that’s been said about him in the past 24 hours, he was an absolute joy to work with, an absolute sweetheart who lit up the room, and that energy shone wherever he went, onstage and off. He will be dearly missed.”

Sledding is back at McDade Park in Scranton