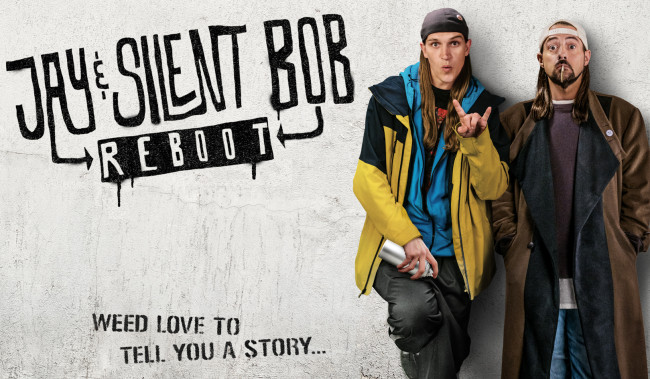 The stoner icons who first hit the big screen 25 years ago in 1994’s “Clerks” are coming back to movie theaters with their long-awaited adventure “Jay and Silent Bob Reboot.”

The new film sees Jason Mewes and Kevin Smith return to the roles they originated and developed across six feature films as well as animated spin-offs. This time around, the clueless New Jersey duo discover that Hollywood is rebooting a superhero movie based on them, “Bluntman and Chronic,” and embark on another cross-country mission to stop it all over again, mirroring the comedic, celebrity cameo-filled story of 2001’s “Jay and Silent Bob Strike Back.”

Fathom Events and Saban Films will present the full-length “Jay and Silent Bob Reboot” in a sneak preview in more than 600 select U.S. movie theaters on Tuesday, Oct. 15 at 7 p.m. with a special pre-recorded video introduction from Mewes and Smith. The first 50 people at each location on Oct. 15 will receive a limited edition poster (while supplies last).

“We are huge fans of Kevin Smith and his work and are privileged that he and his team had faith in us as a partner on ‘Jay and Silent Bob Reboot,’” said Jonathan Saba, Saban Films’ Senior Vice President of Distribution, Sales, and Marketing and an executive producer on the film.

“This has been a passionate initiative for us at Saban Films and an honor to work with Kevin. In Fathom, we have a partner who shares our vision to give fans in every corner of the country the opportunity to catch their counterculture heroes on the big screen in a true theatrical event.”

“Smith and Mewes’ loyal fans have waited long enough to see them reprise their title role in this new chapter,” added Ray Nutt, Fathom Events CEO. “We’re pleased to be partnering with them, along with Saban Films, to deliver this exclusive two-night event to fans across the country.”

Produced by Liz Destro and Smodco’s Jordan Monsanto, “Jay and Silent Bob Reboot” was written and directed by Smith. The characters Jay and Silent Bob have appeared throughout his cult film catalog, including “Clerks,” “Mallrats,” “Chasing Amy,” “Dogma,” “Jay and Silent Bob Strike Back,” and “Clerks 2,” all part of Smith’s original View Askewniverse that share characters as well as a continuing continuity that spans movies, television shows, comic books, and other media.

Following the big screen debut of “Reboot,” Smith and Mewes will tour with the film and conduct live Q&A sessions in select markets as the Jay and Silent Bob Reboot Roadshow, starting at the Paramount Theatre in Asbury Park, New Jersey on Oct. 19. From there, the closest this tour will come to Northeastern Pennsylvania is the Philadelphia Film Center on Nov. 7 and a TBA location in New York City on Nov. 9. 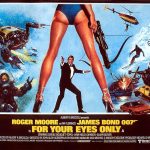