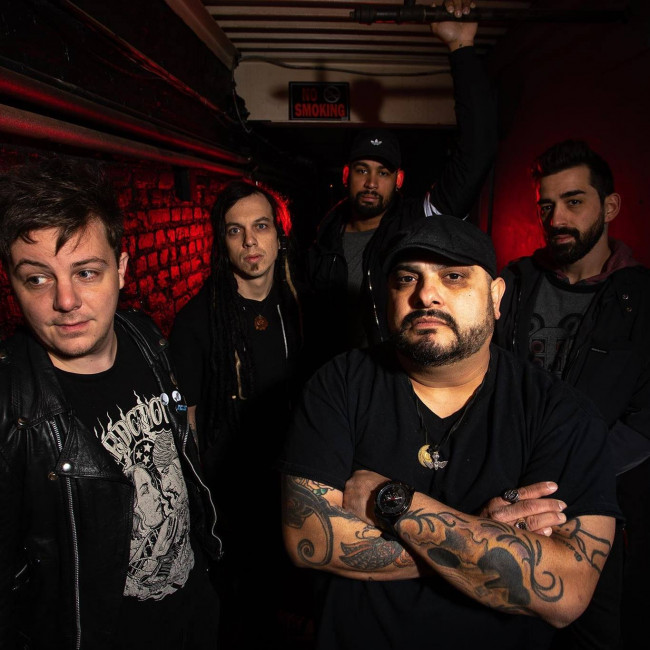 Fate’s Got a Driver, a new post-hardcore band featuring guitarist Eddie Reyes of platinum emo rock group Taking Back Sunday, was forced to postpone their first Scranton show in March “due to an unforeseen medical emergency.”

Now they have announced that the makeup date will be Saturday, Aug. 3 at The Keys in downtown Scranton. Binghamton artists Jenna Stella and Molina, along with Scranton-area rock bands Permanence, Days in Transit, and Starving Hysterical Naked, will open the 21+ concert.

Doors at The Keys (244 Penn Ave., Scranton) open at 7:30 p.m., and the music starts at 8 p.m. Tickets, which are $10 in advance, are on sale now via Eventbrite. For more details, see the Facebook event page. All tickets sold for the original date will be honored on this makeup date.

Formed in 2018, Fate’s Got a Driver “sounds big and swirls into darker sounds than TBS,” for fans of “Glassjaw, Deftones, Chiodos, and all things dark and heavy,” the band says. They released their first self-titled EP on Nov. 8, which includes three songs and a short intro: “Pennies,” “Sad Song,” and “Ghost in Me.”

Amityville, New York native Eddie Reyes started the quintet after he and Taking Back Sunday “parted ways due to personal reasons” last year, according to a Facebook post made by TBS.

“Eddie was a founding member of the band, and his contributions can be felt all along the way. John, Shaun, Mark, and Adam love Eddie, wish him well in his future endeavors,” the announcement read.

Previously playing in other Long Island bands like The Movielife, Clockwise, Mind Over Matter, Inside, and Runner Up, Reyes formed Taking Back Sunday in 1999 and can be heard on all seven of their studio albums, including their 2002 platinum-selling debut, “Tell All Your Friends.”

In celebration of the band’s 20th anniversary, TBS released a career-spanning retrospective compilation aptly named “Twenty” on Jan. 11 and embarked on a worldwide tour. In addition to selections from every album, the 21-song compilation also includes two new studio recordings, “All Ready to Go” and “A Song for Dan,” the first without Reyes.

“It feels strange to say out loud… 2019 marks 20 years since I joined Taking Back Sunday and my life changed forever,” singer Adam Lazzara stated in a press release. “We will be traveling the world to celebrate the amazing brotherhood, music, and life we have created together over the past 20 years. We hope you can join us for what is sure to be an experience to remember.”

Reyes said last year in an interview on the If I Ruled the World Podcast that the years of touring and being away from his family took a toll on him and his marriage, driving him to become an alcoholic and push his friends away.

“They had my back for such a long time and they supported me, but it comes to a point where it’s like, all right, you either walk away from something that you love, you know, and it’s hard for them too, because they love you and you love them, but you have to go fix your fucking life and you’ve got to go take it seriously. You’ve got to go to rehab,” Reyes explained.

“And that’s what I did. We just decided to go our separate ways. I love the guys. … To me, in my heart, I’ll always be there, you know, but there’s 21 great freakin’ years for me. I battled addition and I’m sober; my sobriety is strong. I’m a regular at AA meetings. I started a band with four other professional older dudes like me who have gone through the same thing. … We’re really excited about it.”

He initially wasn’t sure if he wanted to play music again, but soon he knew he was ready to start something new.

“When I parted ways with TBS a couple months ago, I’m not going to lie – I was in limbo and there was a part of me that was like, ‘Wow, I’m 45 years old, man. I think this is it. I think I’m going to be starting a whole new career building things and not being involved in music.’ And then I said, ‘Nah, I know a guy back in Ohio that is a great musician and he’s busting his ass. I hit him up and then he hit up another friend of ours,'” he recalled.

“It makes sense because a lot of them are sober. We all have kids so it’s not like you’re starting a band with different people and you’re young and stupid. … We know how to do it and what not to do. That’s what, to me, is exciting. I actually know what to do now, so let’s do it!”

Reyes seems to hold no bitterness about the breakup and doesn’t rule out performing with Taking Back Sunday again.

“It was just time for me to bow out of that situation and support them and let them move on and carry the name and do great things. And hopefully one day I will join them again on stage. Who knows? But right now, I’m just doing me.”

See live footage from their recent show at Goodfellas in Pottsville below: 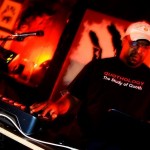