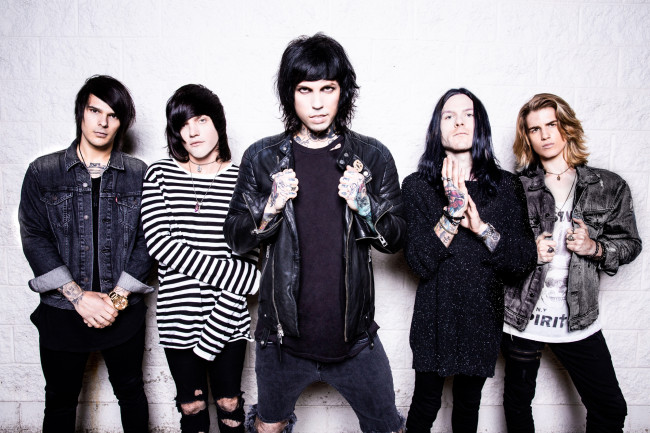 Following a seven-week tour supporting Rob Zombie guitarist John 5 and several festival appearances, Victory Records goth rock band Dead Girls Academy – the new project by Vampires Everywhere vocalist Michael Orlando – announced their summer plans with the Cruel Summer Tour, kicking off July 20 at Edgefest in Jackpot, Nevada and making their return to Canada before wrapping up with a hometown show at the Whiskey a Go Go in California on Aug. 18.

Tickets, which are $12, are on sale now and can be purchased via Eventbrite.

“I cannot thank John 5 enough for having us aboard his sold-out tour, and getting to play for his audience was a very special experience that we will never forget,” Michael Orlando said. “And we’re back to work, thrilled to get out on the road to play for all our fans and give them the full Dead Girls Academy experience! We will be playing 10 songs off of [our debut album] ‘Alchemy,’ which I’m very stoked about.”

On the band’s plan for the rest of the year, Orlando divulged, “After the John 5 tour, we played a few festivals but our main drive and ambition was looking towards album number two. We learned a lot playing live and watching our favorite bands, so we are taking that knowledge into the studio and currently we are finishing up the writing process. I’m excited for everyone to hear what we’ve been cooking up. I have no doubt it will take DGA into a whole new stratosphere. I’m very proud of it and we are getting ready for a giant 2020!”

In 2016, when the curtains closed on heavy metal band Vampires Everywhere, Michael Orlando sought out other avenues for his new musical vision.

“I’ve had the name Dead Girls Academy on the tip of my tongue for a few years,” Orlando admitted.

“I’ve always been on the darker side of things in rock and roll, and the name fits the sound and overall image. Split personalities, fake friends, hangers-on, social-climbing, and attention-hunting whores are all ingredients I wanted to exploit with this project. I called together Ronnie [Radke of Falling in Reverse] and our friend Elvis Baskette [Slash, Sevendust] and we started arranging songs and melodies. Living in Hollywood, there are so many fucked up things I’ve seen, the stories in my head, I could write six novels about them all. But that’s what breeds the creative juice and you will believe me once you hear Dead Girls Academy.

“When Ronnie and I sat down to write ‘I’ll Find a Way,’ we were pretty adamant on stating truths. We wanted lyrics that would hit home and tell this story about conquering your inner demons. The voices in your head are pushing one way, and your heart is pushing the other – riding the line between right and wrong. I’m hoping this story, this song will give hope. The cure to happiness is inside us, and we must not give up without a fight.”

Dead Girls Academy wasted no time and began 2017 by supporting Falling in Reverse, Scranton’s own Motionless In White, and Issues. The band quickly caught the attention of Victory Records and was signed in mere days. “Alchemy” was released on June 15, 2018.

“Victory Records is responsible for some of my favorite bands, and I’m beyond stoked to be part of their family.” Looking into the future, Orlando added, “There is so much excitement and positivity exploding from the staff at Victory, and I feel very lucky to have this team behind me. This union came about organically, and I love that we all want to push the boundaries to make Dead Girls Academy a success. I’m beyond excited for the road ahead and to show the world Dead Girls Academy.”

DGA has toured with From Ashes to New, Adelita’s Way, and The Word Alive. They also hit the festival circuit hard, appearing at Rocklahoma, Rock Fest, Inkcarceration, Welcome to Rockville, and the new Epicenter Festival.

In March, they premiered their most compelling and euphoric video to date, “Far Away.” Their ode to mortality faces the question of life and death and analyzes a reflective conversation in the mind of Orlando.

“I believe the imagery in this video will resonate with a lot of people,” Orlando stated. “Not only does it deal with longing and loss, but with mental illness. Songs should make you feel something, and the music video should bring that feeling to life.

“‘Far Away’ hits the heart strings,” he added. “This song is intended to remind you of the ones you love, both in longing and loss. I’ve had many friends cry listening to the track, and it was ultimately clear that it sends a powerful message. Being a touring musician, this song hits home and takes its toll on missing my loved ones. So much time and energy is spent chasing my dream that I sometimes forget there is another world going on all around.”