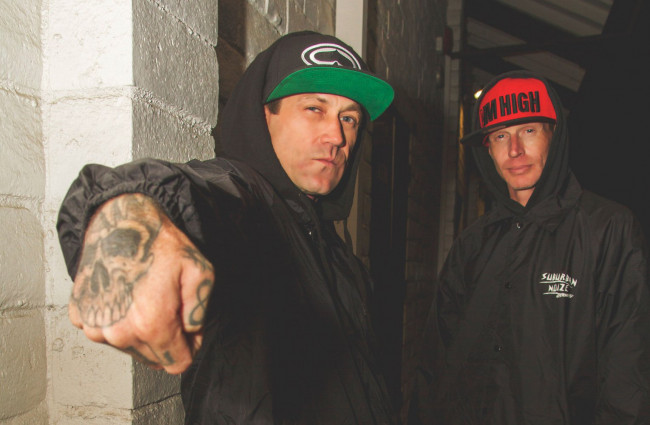 It was announced today that the self-described “psychedelic hip-hop punk rock” group Kottonmouth Kings will perform at Stage West in Scranton on Friday, Sept. 27.

Scranton rappers Mercy Gang will open the 18+ concert as a full band.

It all began in 1996, deep in the suburbs of Orange County, California in the aftermath of a punk rock and hip-hop revolution. An unlikely group of stoned misfits formed a musical partnership that would ignite an entire generation of weed-loving, free-thinking, bass-bumping, rip hop junkies.

Initially known as the P-Town Ballers and then Cottonmouth until settling on Kottonmouth Kings, the group started with high school friends Steve Thronson (Saint Dog), Dustin Miller (D-Loc), and Timothy McNutt (Johnny Richter) hanging out and rapping songs on the radio while smoking weed. Brad Xavier (Daddy X), who was known for being in local punk band Humble Gods at the time, took notice of their skills and suggested they start a rap group. Johnny Richter had legal issues, so the initial Kottonmouth Kings lineup solidified as Daddy X, D-Loc, and Saint Dog, along with break dancer Pakelika and DJ Bobby B, and signed with Capitol Records. At the same time, they started their own label, Suburban Noize Records, to release independent music acts.

After their first major full-length, “Royal Highness,” Saint left the band due to creative differences. In 2010, Dirtball, a rapper with multiple albums released under Suburban Noize, officially joined and Pakelika was let go; he later died from complications of asthma in 2012. In 2014, there was a legal dispute between Daddy X and manager Kevin Zinger, which led to the Kings leaving Suburban Noize and starting another independent label, United Family. At that time, DJ Bobby B was let go from the band and Richter decided to leave. The new venture was short lived, as they only released one full-length and one greatest hits album before the band decided to stop touring and go on hiatus, essentially disbanding in that version.

KMK has become one of the world’s most radical and savagely independent underground musical forces. The Kings are fine flying under the radar – they’ve dug underground tunnels that most people don’t even know exist. The group has created one of the most intense and largest subculture movements in modern times, connecting millions of “Kings and Kweens” worldwide. 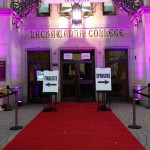