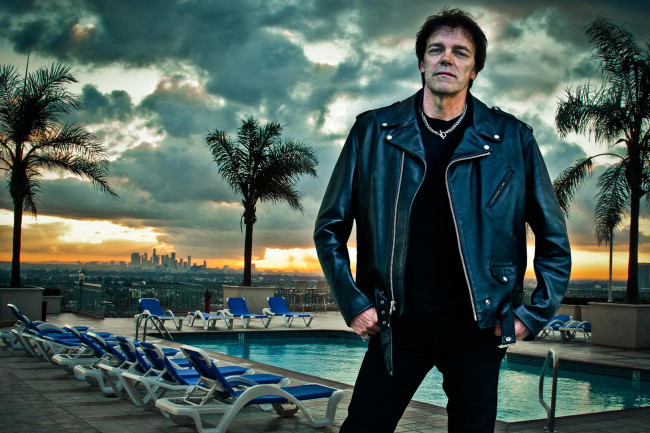 It was announced today that Richie Ramone, one of the last living members of the legendary punk band the Ramones, will return to Scranton for a show at Stage West on Tuesday, Sept. 3, playing Ramones hits as well as his solo material.

After playing at the Irish Wolf Pub in downtown Scranton last year, Richie Ramone was scheduled to perform at Stage West back in May, but he was forced to cancel after undergoing an operation close to his heart. He seems to be in much better health now as he plots an East Coast leg of his Hot as Hell World Tour through September.

Richie performed in over 500 shows around the world with the Ramones and wrote several critically acclaimed and fan favorite songs for the albums “Animal Boy,” “Too Tough to Die,” and “Halfway to Sanity.” Ramones frontman and punk rock icon Joey Ramone remarked that “[Richie] saved the band as far as I’m concerned. He’s the greatest thing to happen to the Ramones. He put the spirit back in the band.”

He released his second CD, “Cellophane,” on Aug. 5, 2016, followed by a collectible, clear vinyl LP version and a 7-inch single for the track “I Fix This” in 2017. In 2018, he was featured on Aaron Stingray and the Brooklyn Apostles EP “Songs in the Key of Joey.”

Most recently, Backbeat Books published his autobiography with Peter Aaron, “I Know Better Now: My Life Before, During, and After the Ramones,” on Nov. 1, 2018. The description reads:

It’s 1982 and the Ramones are in a gutter-bound spiral. Following a run of inconsistent albums and deep in the throes of internal tensions, the legendary quartet is about to crash and burn. Enter Richie Ramone.

Then a 26-year-old from New Jersey named Richard Reinhardt, he’s snapped up by the group to be their new drummer and instantly goes from the obscurity of the underground club scene to membership in the most famous punk rock band of all time, revitalizing the pioneering outfit with his powerful, precise, and blindingly fast beats – composing classic cuts like the menacing anthem “Somebody Put Something in My Drink” and becoming the only Ramones percussionist to sing lead vocals for the group. With the Ramones, he performs over five hundred shows at venues all around the world and records three storming studio albums – before abruptly quitting the band and going deep underground. To most fans, this crucial figure in the band’s history has remained a mystery, his tale untold. Until now.

“I Know Better Now: My Life Before, During, and After the Ramones” is the firsthand, four-on-the-floor account of a life in rock ‘n’ roll and in one of its most influential acts – straight from the sticks of the man who kept the beat.

AWOLNATION joins 2016 Fuzz Fest with Weezer and Panic! at the Disco in Scranton on June 26
Harry Connick, Jr. to attend Scranton premiere of his musical ‘The Happy Elf’