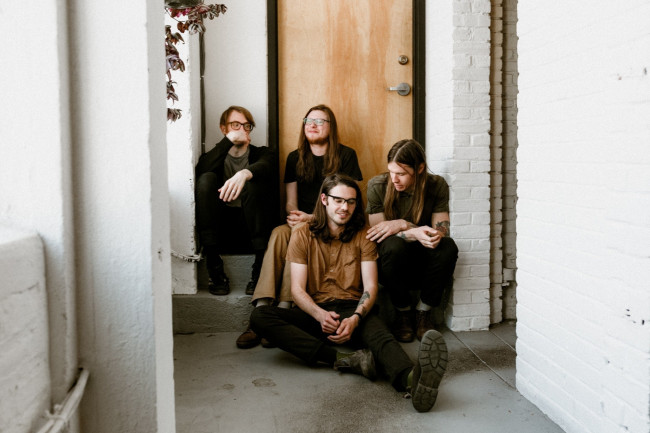 Philadelphia indie pop punk band Modern Baseball may not be together at the moment, but its members are still actively making music. Co-frontman Jake Ewald just released a new album from his current project, Slaughter Beach, Dog, last week, and to celebrate, he will be performing a special acoustic set at the Gallery of Sound in Wilkes-Barre this Saturday, Aug. 10 at 2 p.m.

The all-ages show is free, but space is limited, so fans are encouraged to arrive at the Gallery of Sound (186 Mundy St., Wilkes-Barre) early. Buy the CD or the limited edition clear vinyl record of “Safe and Also No Fear” at the Gallery of Sound for guaranteed entry to the show. Those who purchase either the CD or LP will have the opportunity to meet the band and get their items signed.

After three studio albums, Modern Baseball went on an indefinite hiatus in 2017. Since then, Jake Ewald has crafted a specific sound across his own Slaughter Beach, Dog albums. It’s one that incorporates pop music, indie rock, folk, and just the faintest dash of punk in order to create something that’s accessible but still artistically rich. With “Safe and Also No Fear,” the band’s third album, Ewald has abandoned his usual practices in service of creating something that, try as one might, isn’t so easy to describe.

In the wake of 2017’s “Birdie,” an album awash in warm tones and bubbly pop hooks, “Safe and Also No Fear” can’t help but feel like a turn toward darkness. It’s not one that’s instigated by the outside world – as inescapable as it may be – but instead the dramatic shifts of a person’s interior life. Where Ewald once offered tightly woven vignettes about characters that mirrored the people in his life, “Safe and Also No Fear” finds him naked at the album’s center, questioning everything he knows about himself. Around him, bassist Ian Farmer (Modern Baseball), guitarist Nick Harris (All Dogs), and drummer Zack Robbins (Superheaven) spin out songs that are dense, swirling amalgams of difficult questions and hard-earned realizations – the kind that can’t be expressed through the accepted structures of pop music.

This isn’t to say there aren’t hooks, as songs like “Good Ones” and “One Day” have effervescent melodies anchoring them, but “Safe and Also No Fear” generally avoids taking the clear-cut path. As Ewald tells it, that’s a horrifying thing to put out into the world. After putting the finishing touches on the album, he sat down and listened back to the demos he’d first made, then the album itself, and realized it sounded unlike anything he’d ever done before. His creative impulses had changed over the years, and the result was a record that maybe his followers wouldn’t actually like.

Ewald seemingly addresses this anxiety during the album’s most ambitious track, the seven-minute “Black Oak.” It’s fitting that, midway through the longest song Ewald has ever written, he offhandedly remarks, “Realizing this may put my career on the line.” It’s part of a larger narrative, but one that’s more textural and ambiguous than what the band has been known for. Is that lyric about Ewald and Slaughter Beach, Dog? We’ll maybe never know – and that’s the beauty of “Safe and Also No Fear.” It’s an album so profoundly singular, one that sees the band willing to wade out into deep waters without a life vest, that it encourages you to go out there with it. You hear the band fully embrace the unknown at the end of “Black Oak,” when the song explodes open and Ewald’s vocals are looped into a refrain that’s haunting and impossible to sing along with accurately. You can pick out phrases and hum a melody, but there’s no didactic meaning behind it. It’s there for you to find if you need it.

“Safe and Also No Fear,” released on Aug. 2 via Lame-O Records, is a bold gesture, not just because of the music contained therein, but because it required Ewald to interrogate his artistic tendencies, breaking himself of his habits in service of making something he never thought he could. That involved trusting his band, with whom he collaborated for a full year of writing and recording. Unlike “Birdie,” where Ewald played every instrument, everyone’s fingerprints are on “Safe and Also No Fear.” Though the album is a product of Ewald committing to his vision, it’s also proof of the way that Farmer, Harris, and Robbins are able to expand Slaughter Beach, Dog’s sonic boundaries in subtle, evocative ways.

The result of that collaboration is an album that doesn’t leave easy clues as to its influences or intentions, instead offering up vague sketches of what it feels like to be a person who is constantly confused and anxious, yet completely committed to finding a way through it. It’s not simple, and Ewald’s never didactic, but the message begins to come through the more you revisit it. Every part of “Safe and Also No Fear” is a risk, and that’s exactly what makes it so beautiful. It’s a record that sees a band fully committed to their art, in spite of what everyone else would advise. And if you’re listening close enough, it really does make a lot of sense.