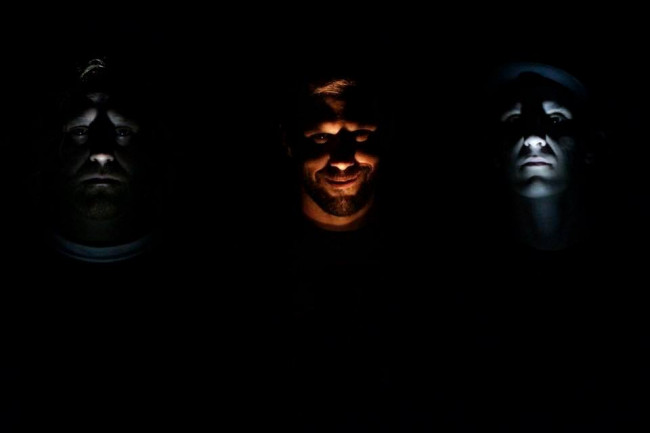 Local horror movie fans who just can’t wait for the fifth annual NEPA Horror Film Festival can kick things off early with a pre-party at The Keys in downtown Scranton on Saturday, Oct. 12, the night before the festival takes over the Circle Drive-In in Dickson City.

Doors at The Keys (244 Penn Ave., Scranton) open at 7 p.m., and tickets are $5 at the door. A valid driver’s license or state-issued ID is required for entry, and Halloween costumes are encouraged.

“Normally I’m so busy during the actual film festival that it’s hard for me to stop and talk with and hang out with all my friends that show up and support the event – and thank the strangers in the audience who I haven’t gotten to meet. Throwing a party the night before is very important to me, especially now that I live in New York and don’t come home very often and I miss everyone,” festival founder Bobby Keller told NEPA Scene.

Explaining the eclectic lineup, he said, “Earthmouth are good friends of mine. Family Animals and Mercy Gang are not only friends, but probably my favorite local bands. I added The Dismissed because we need that “spooky vibe” for a Halloween party, and they look like they’re dying to cover ‘Skulls’ by The Misfits. Just kidding – they’re all cool dudes too.

“I wanted to keep it fun and have my friends be involved. I want it to be more than just a show, and maybe we could put together a costume contest or a ‘Miss Spooky Scranton’ pageant, but with a less obnoxious name.”

Keller noted that Scranton-based alternative psychedelic rock trio Family Animals also contributed to the soundtrack of “Baby Frankenstein,” a locally produced comedic drama that will be screened during the festival, “so it’s fitting that they play, besides them being the best band in Scranton.” Their latest album, “The End Is Mere,” was released on Feb. 16, followed by several creative music videos that were like short films all their own.

As previously announced on NEPA Scene, this year’s guests are “Basket Case” trilogy writer/director Frank Henenlotter and the star of all three movies, Kevin Van Hentenryck, in addition to the recently added Beverly Bonner, who played Casey in the original 1982 cult classic film and its 1990 sequel. “Sleepaway Camp” actress Felissa Rose was also “>scheduled to appear but had to cancel due to a scheduling conflict.

With its seasonal haunted attraction Circle of Screams running through September and October, the Circle Drive-In became the permanent home of the NEPA Horror Film Festival after its most successful entry yet last year.

The 2019 installment will expand from the “13 Short Films” format to show 22 shorts – “The Escape Room,” “The Invader,” “Weeji,” “Forever,” “Enoch,” “Five Course Meal,” “Until the Wheels Fall Off,” “Jericho Bridge,” “Wicken,” “Trespassers,” “Easy Way Out,” “Doll Baby,” “Limbus,” “The Inside,” “Blue Blood,” “Dolls of the Void,” “Once Bitten,” “Tlaloc Sacrificium,” “Candystealer,” “The Road Less Traveled,” “The Devil’s Ball,” and “Nocturna” – with two feature-length movies, “Baby Frankenstein” and “Artik.” Movies start at dusk, and a trailer for the sequel to Keller’s own 2012 Scranton horror comedy “Deatherman” will also premiere that night.

Tickets are $10 in advance on Eventbrite or $15 at the door.

Listen to Bobby Keller talk about the festival, making indie horror films on a shoestring budget, and other topics in Episode 30 of the NEPA Scene Podcast: