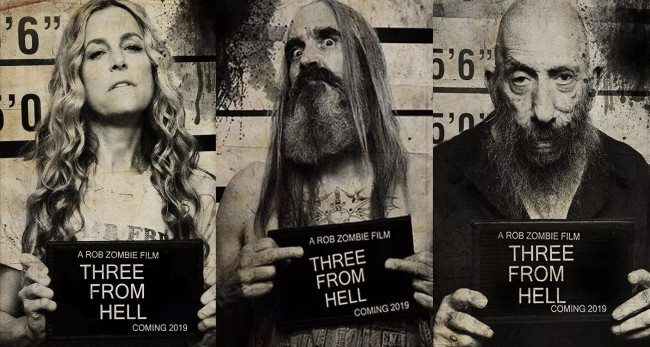 “3 from Hell,” the new film by horror icon and heavy metal mastermind Rob Zombie that follows up his cult hits “House of 1,000 Corpses” and “The Devil’s Rejects,” earned $1.92 million when it was shown on a limited number of screens across the United States for three nights last week, including local cinemas.

That success has led to Lionsgate, Saban Films, and Fathom Events adding an encore presentation in many of those same theaters on Monday, Oct. 14 at 7 p.m., though this comes after some sad news.

Actor Sid Haig, who played Captain Spaulding in all three installments of the Firefly family trilogy, was forced to take a reduced role in “3 from Hell” due to his declining health and passed away on Sept. 21 at the age of 80.

“For those of you who missed it the first time, you can now see it once again on the big screen.”

This event includes a 30-minute behind-the-scenes documentary following the screening and a free poster.

After barely surviving a furious shootout with the police, Baby Firefly (Sheri Moon Zombie), Otis Driftwood (Bill Moseley), and Captain Spaulding (Sid Haig) are behind bars. But pure evil cannot be contained. Teaming up with Otis’ half-brother Winslow “Foxy” Coltrane (Richard Brake), the demented Firefly clan are back to unleash a whole new wave of death and depravity. A firestorm of murder, madness, and mayhem will be unleashed in this terror ride to hell and back.

“The journey of these characters has always been special to me, and I am thrilled to finally let the fans experience the next episode of the Firefly madness. This project was a true labor of love for everyone involved, and we know we have created something amazing for the loyal followers of these films,” Zombie stated.

Ron Schwartz, president of Worldwide Home Entertainment at Lionsgate, added, “We are excited to collaborate again with Rob Zombie. With ‘House of 1,000 Corpses’ and ‘The Devil’s Rejects,’ Rob Zombie delivered thrills and high doses of gore to genre fans. We look forward to bringing this next chapter to screens with Saban Films and Fathom.”

“Whether it’s creating visionary music or epic opuses of horror on the screen, Rob Zombie is a master at giving his loyal fans what they want,” Fathom Events CEO Ray Nutt said. “We’re pleased to continue to partner with Rob and share this long-anticipated final chapter of the trilogy with audiences nationwide.”

“In 2003, a bold new cinematic voice emerged with ‘House of 1,000 Corpses.’ And with the sequel, ‘The Devil’s Rejects,’ Rob Zombie cemented his legacy as one of the most influential and important modern-day genre filmmakers,” Saba said.

“Now nearly 15 years later, Rob returns to the Firefly family in an audacious and wholly singular new chapter in this gory saga. I can’t wait for audiences to see this film on the big screen thanks to our partners at Lionsgate and Fathom.”

The first major new studio in decades, Lionsgate is a global content leader whose films, television series, digital products, and linear and over-the-top platforms reach next generation audiences around the world. In addition to its filmed entertainment leadership, Lionsgate content drives a growing presence in interactive and location-based entertainment, video games, esports, and other new entertainment technologies.

Lionsgate’s content initiatives are backed by a nearly 17,000-title film and television library and delivered through a global sales and distribution infrastructure. The Lionsgate brand is synonymous with original, daring, and groundbreaking content created with special emphasis on the evolving patterns and diverse composition of the company’s worldwide consumer base. 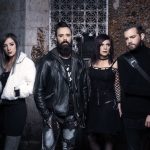