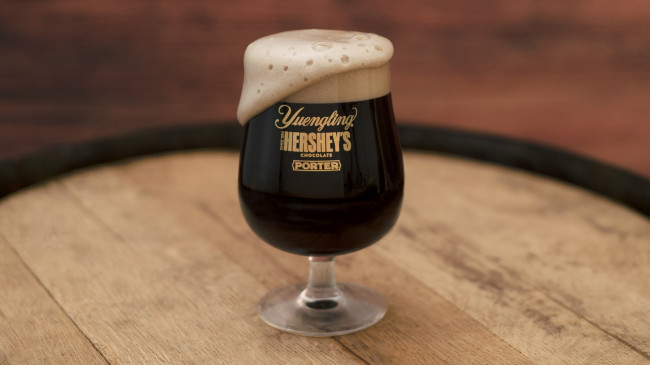 This is the first beer collaboration ever for the two iconic Pennsylvania brands. Beer-lovers, chocolate-lovers, and consumers of legal drinking age are encouraged to taste this once-in-a-lifetime, limited-edition brew before it runs out.

To celebrate people’s love of beer and their love of chocolate, America’s No. 1 craft brewery (according to the Brewers Association) and America’s quintessential chocolate have joined forces to bring the best of both worlds to a limited-edition Chocolate Porter. A uniquely delicious collaboration, the new beer combines over 300 years of their respective mastery and rich heritages rooted in Pennsylvania. Yuengling Hershey’s Chocolate Porter will be here just in time for beer lovers and loyal fans to enjoy this fall and the holiday season. The pairing promises to deliver a premium drinking experience for consumers to toast to life’s most special occasions, from Halloween through Valentine’s Day.

“As the sixth generation of the Yuengling family, we have a 190-year history of listening to our fans and looking for new ways to deliver quality and memorable drinking experiences,” said Jennifer Yuengling, vice president of operations and sixth generation brewer.

“We saw a unique opportunity to partner with Hershey’s, a brand known worldwide for its iconic, delicious tasting chocolate, to deliver fans our first-ever beer collaboration. We spent nearly a year developing our Yuengling Hershey’s Chocolate Porter and are excited for the world to indulge in the classic taste of Yuengling Dark Brewed Porter blended with the unmistakable taste of Hershey’s chocolate.”

At a 4.7 percent ABV, Yuengling Hershey’s Chocolate Porter is a new spin that combines Yuengling’s nearly 200-year-old Dark Brewed Porter recipe with the world-famous taste of Hershey’s chocolate. The limited-edition beer uses Yuengling’s unparalleled brewing experience to artfully blend Hershey’s chocolate with caramel and dark roasted malts for a smooth, rich, and delightfully chocolaty finish. The liquid pairs well with everything from barbecued and smoked meats to cheeses and desserts.

“Bringing together over 300 years of craft and experience is quite rare in 2019; however, that’s exactly what we did bringing together the Yuengling brewing masters with the chocolate making expertise of Hershey. This Yuengling Hershey’s Chocolate Porter is sure to surprise and delight the chocolate fans and the avid beer-lovers among us that are looking to try something new and delicious,” said Ernie Savo, senior director of global licensing and business development at the Hershey Company.

This year, D.G. Yuengling & Son celebrated its 190th anniversary by releasing limited edition commemorative Traditional Lager cans and hosting a free summer concert in Pottsville on July 13 with alternative rock band Better Than Ezra. In March, the Brewers Association released its annual list of the Top 50 producing craft brewing companies in the United States based on beer sales volume, and Yuengling was named No. 1 once again, beating out other well-known brands like the Boston Beer Company, producer of Samuel Adams.

Meanwhile, the Hershey Company is celebrating its 125th anniversary in 2019. Headquartered in Hershey, Pennsylvania, Hershey is an industry-leading snacks company with approximately 16,500 employees around the world who work every day to deliver delicious, quality products. The company has more than 80 worldwide brands that drive more than $7.8 billion in annual revenues, including such iconic brand names as Hershey’s, Reese’s, Kit Kat, Jolly Rancher, Ice Breakers, SkinnyPop, and Pirate’s Booty. Hershey founder Milton Hershey created the Milton Hershey School in 1909 and, since then, the company has focused on helping children succeed. 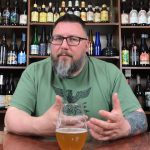 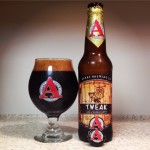 HOW TO PAIR BEER WITH EVERYTHING: Tweak by Avery Brewing Company