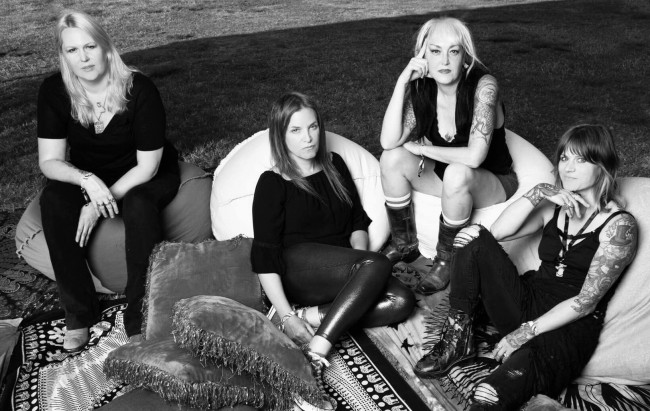 It was announced today that Black Sabbitch, an all-female Black Sabbath tribute band from Los Angeles, will play classic Ozzy-era Sabbath songs “with incredible authenticity” at Penn’s Peak in Jim Thorpe on Friday, Jan. 10 at 8 p.m.

Tickets, which are $19 in advance or $24 the day of the show, go on sale next Friday, Nov. 22 at 10 a.m. at all Ticketmaster outlets, the Penn’s Peak box office (325 Maury Rd., Jim Thorpe), and Roadies Restaurant and Bar (325 Maury Rd., Jim Thorpe). Penn’s Peak box office and Roadies Restaurant ticket sales are walk-up only; no phone orders.

Since 2011, Black Sabbitch has been selling out shows and wowing even the most difficult to please Sabbath worshipers, gaining a rabid fan base and the respect of critics, fans, and musicians alike. They were handpicked by Sharon and Ozzy Osbourne to open the inaugural Ozzfiesta and by Nick Zinner of the Yeah Yeah Yeahs to headline his curated festival Bedrocktoberfest.

In 2018, Black Sabbitch was picked by legendary street artist Shepard Fairey to play the opening of his Black Sabbath retrospective Never Say Die and by Dave Grohl to play Cal Jam with Foo Fighters and Iggy Pop. After the show, the Foo Fighters shared photos of Black Sabbitch, saying, “We were spellbound.” Electroclash superstar Peaches even sat in as lead vocalist with Black Sabbitch for a special two-night run in Los Angeles.

LA Weekly wrote, “Finally, Black Sabbitch took the stage and pretty much melted everyone’s faces. The all-female Black Sabbath … were not only talented – nailing every note of the legendary group’s familiar repertoire – but were captivating to an almost distracting level. Looking up at them from the crowd (which had erupted into a mosh pit), I couldn’t help but wonder what these women’s stories were. They emanated the effortless cool of rock and roll, but with about 10 extra ounces of sexy confidence.”

Formed in Birmingham, England in 1968 by guitarist and main songwriter Tony Iommi, drummer Bill Ward, bassist and main lyricist Geezer Butler, and singer Ozzy Osbourne, Black Sabbath is often cited as the pioneers of heavy metal music. The band helped define the genre with releases such as “Black Sabbath” (1970), “Paranoid” (1970), and “Master of Reality” (1971).

Selling over 70 million records worldwide, Black Sabbath was inducted into the UK Music Hall of Fame in 2005 and the Rock and Roll Hall of Fame in 2006. They won two Grammy Awards for Best Metal Performance and, in 2019, the band was presented a Grammy Lifetime Achievement Award.

Black Sabbath embarked on their final tour, The End, from January of 2016 through February of 2017 in venues all over the world, ending at the Genting Arena in Birmingham, where it all started. 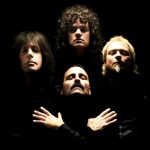 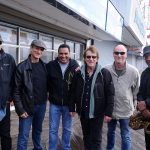