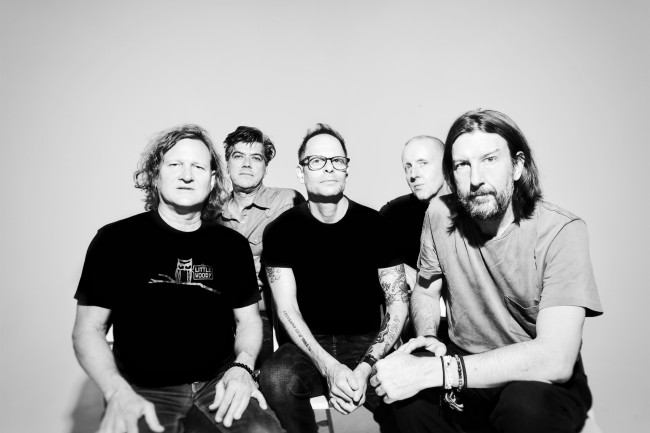 Typically known for its summer concerts, Montage Mountain in Scranton is taking its fifth annual winter event to the next level with a national headliner.

It was announced today that the multi-platinum alternative rock band Gin Blossoms, known for radio and Billboard Top 25 hits “Hey Jealousy,” “Follow You Down,” “Til I Hear It from You,” and “Found Out About You,” will headline Mountainfest on Saturday, March 7, 2020.

Along with live music all afternoon, this outdoor event will feature skiing, snowtubing, costume pond skimming, indoor and outdoor bars, and more. The all-ages show will be held snow or shine, so attendees are asked to dress for the cold.

In the late 1980s, Gin Blossoms started to grow a huge following as the No. 1 local music draw in Phoenix and certainly were the hometown heroes of their favorite hang, Tempe, Arizona.

The band’s indelible jangle-pop sound was evolving during radio’s diverse mix of hair bands and grunge music superstars. They qualified to perform at the South by Southwest Music Festival in Austin, Texas in 1989. That same year, College Music Journal dubbed them “the best unsigned band in America” and added an invitation to perform on MTV’s New Music Awards in New York City. Their breakout record “New Miserable Experience” was where their rise to fame began. This album kept the band on the chart for almost three years with singles “Hey Jealousy,” “Allison Road,” Until I Fall Away,” “Mrs. Rita,” and “Found Out About You.” The crossover hits on “New Miserable Experience” played on four radio formats and, to date, have sold over five million records.

Those hits were followed up by “Til I Hear It from You,” which rocketed to No. 1 and moved the “Empire Records” smash soundtrack to platinum status. The track also became Canada’s longest-running No. 1 hit of 1995, its No. 1 tenure lasting six weeks. This song was co-written with the great Marshall Crenshaw, and Billboard described it as “the closest thing to a perfect pop song to hit radio in recent memory.” Their next gem, “Follow You Down,” spent 10 weeks in the Top 10, and “As Long As It Matters” earned the band a Grammy nomination for Best Performance by a Duo or Group, making their “Congratulations I’m Sorry” record another multi-radio format favorite and multi-platinum success.

Having dominated radio and MTV playlists for most of the ’90s, Gin Blossoms took a brief turn of the century hiatus, a provisional parting of the ways that singer Robin Wilson chalks up to “personal dissatisfaction and the mistaken impression that we could perform at that same level with another group.” The brief break allowed guitarist Jesse Valenzuela and Wilson to re-energize via solo recordings, new combos, and production credits for an array of local Arizona acts. However, Gin Blossoms’ idiosyncratic magic proved impossible to ignore for long, so on New Years Eve 2001 in their hometown of Tempe, the band reconvened and never looked back.

“There’s a certain civility among us now,” Valenzuela says. “None of us are as brusque as we once were. We’re too old to have shouting matches.”

The revivified band hit the road hard, earning a well-deserved reputation as one of the busiest touring acts in the world, playing close to 150 shows a year. Those chops were readily apparent on 2006’s “Major Lodge Victory,” Gin Blossoms’ long awaited fourth album and first new recording in almost a decade. Rave reviews followed, as did a Top 10 Triple A smash in the album’s lead single, “Learning the Hard Way.” The album’s second single, “Long Time Gone,” quickly became another favorite among both fans and the critics, and “Major Lodge Victory” made Billboard’s Top 10 Independent Albums. Next, Gin Blossoms recorded “No Chocolate Cake” and released the single “Miss Disarray,” which is now one of the most requested songs in the band’s live set, and the album reached No. 1 on Amazon’s sales chart.

These talented tunesmiths promise the inevitable arrival of new material and as they approach their third decade, and Gin Blossoms remain a rare breed – rock ‘n’ roll lifers, destined to continue creating, crafting, and performing for audiences ever rapt by their glorious catalog of material.

“We’re entertaining and we have chops,” says Wilson, “but it really comes down to the songs. The reason we’re still here is that we have good songs. When young musicians ask me for advice, what’s the best thing to do to further my career, I always say, ‘Write good songs.’ It always comes down to that.”

The band’s fusion of pop, melodic rock, folk and country elements took the airwaves by siege, making the band an MTV playlist hostage for almost a decade and the group a natural ’90s mainstay. From their breakout album through today, the band has sold over 10 million records and became one of the most in-demand ’90s live artists who began at the end of the grunge era. Their latest album, “Mixed Reality,” was released on June 15, 2018 on Cleopatra Records. 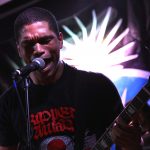