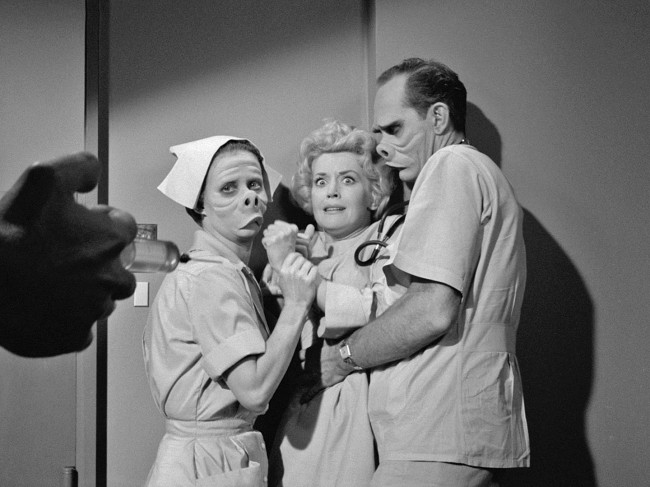 From the four repeating notes of its theme music to its unforgettable tales of the supernatural and the surreal, few television series have reshaped the medium as much as Rod Serling’s “The Twilight Zone.” On Thursday, Nov. 14, Fathom Events and CBS Home Entertainment will celebrate the series’ 60th anniversary with a one-night-only event in select cinemas nationwide starting at 7 p.m.

Tickets can be purchased at participating theater box offices or online at fathomevents.com.

While each of the 156 episodes of the mind-bending, sometimes nightmare-inducing series has a legion of admirers, for this special 60th anniversary presentation, CBS has curated six particularly noteworthy fan favorites to present on the big screen – the first time ever that original episodes of the series, which originally ran from 1959 to 1964, have been presented on the big screen nationwide.

“The incredible mind of Rod Serling led to some of the most indelible moments ever created for television, and selecting these episodes was both a great pleasure and a responsibility we took seriously, knowing how much the series means to generations of fans,” said Ken Ross, EVP and general manager of CBS Home Entertainment.

Fathom Events CEO Ray Nutt added, “‘The Twilight Zone’ has inspired many filmmakers and storytellers, so it is a great honor to be able to bring these classic stories to the big screen and to offer such an incisive look into the mind of the man who created them.”

The six episodes that will be screened as part of “The Twilight Zone: A 60th Anniversary Celebration” are:

“Walking Distance” – Busy and stressed out, Martin Sloan (Gig Young) is a Madison Avenue executive who stops his car at a gas station that isn’t far from the small town where he grew up. Martin decides to walk to Homewood, which he left 25 years ago, where he meets his 11-year-old self, his parents… and learns about the dark side of nostalgia. (original airdate: Oct. 30, 1959)

“Time Enough at Last” – Harry Bemis (Burgess Meredith) loves to read. The only problem is, he can find neither the time nor the place for it, and he’s harangued by his boss and his wife for his passion. As he sneaks into the bank vault for some reading time, there’s a massive nuclear explosion. With the world gone, Harry has nothing but reading time. There’s just one catch. (original airdate: Nov. 20, 1959)

“The Invaders” – An elderly woman (Agnes Moorhead) who lives alone a ramshackle farmhouse hears noises on her roof. When she investigates, she finds what seems to be a flying saucer, and from it emerge two small robots who seem bent on her destruction. She fights them off and destroys their ship, unaware of their true nature. (original airdate: Jan. 27, 1961)

“The Monsters are Due on Maple Street” – On a pleasant day, the residents of Maple Street are disturbed by a noise and a tremor. Unsure what to make of it, when young Tommy tells them a story he read about an alien invasion, paranoia descends upon the once-tranquil neighborhood, revealing an unsettling truth about the fragility of humanity. (original airdate: March 4, 1960)

“Eye of the Beholder” – Janet Tyler (Maxine Stewart) does not look like everyone else. A horrible disfigurement has traumatized her all her life, and now on her 11th trip to the hospital, her bandages will soon come off. It this surgery to make her “normal” doesn’t work, she will be segregated for life with other afflicted people. The moment of truth is at hand. (Original airdate: Nov. 11, 1960)

“To Serve Man” – Michael Chambers (Lloyd Bochner) recounts recent events on Earth following the arrival of an alien spacecraft. Its occupants seem benevolent and offer to share technology to provide limitless energy and cure all diseases. Chambers, an encryption specialist, is suspicious, particularly as he examines a book the aliens have left behind. (original airdate: March 2, 1962)

In addition to the six episodes, this unique celebration of “The Twilight Zone” also features “Remembering Rod Serling,” an all-new documentary that takes viewers into the fertile imagination and life of the series creator. It offers a closer look at the life experiences that inspired Serling’s unique blend of thought-provoking and visionary storytelling, from his time as a paratrooper in World War II to his early writing days in live television, and ultimately to the creation of this indelible TV series. Friends, collaborators, and members of the Serling family offer insight into the man whose creativity has inspired audiences around the globe for 60 years.

CBS Home Entertainment manages the worldwide DVD and Blu-ray businesses for the CBS Corporation across all lines of content, including current hits and classic series from the vast CBS library, as well as new releases from Showtime Networks. 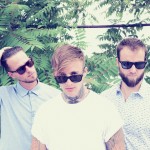