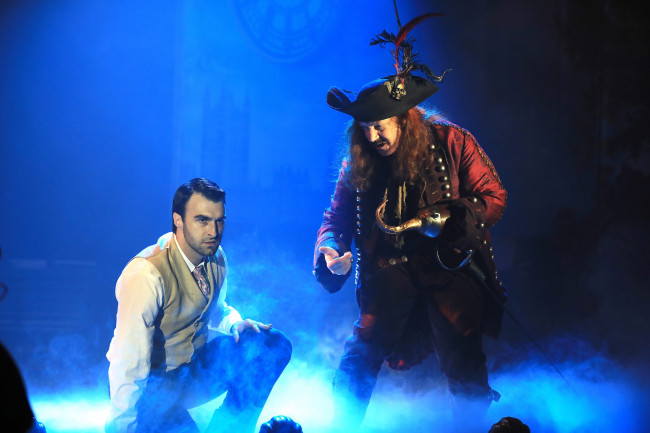 “Finding Neverland,” a musical that tells the story behind one of the world’s most beloved characters, Peter Pan, will fly into the F.M. Kirby Center in Wilkes-Barre on Monday, March 9 at 7 p.m.

Based on the Academy Award-winning Miramax motion picture by David Magee and the play “The Man Who Was Peter Pan” by Allan Knee, “Finding Neverland” follows the relationship between playwright J.M. Barrie and the family that inspired “Peter Pan, or The Boy Who Wouldn’t Grow Up” – one of the most cherished stories of all time.

Diane Paulus’ “Finding Neverland” will have her direction recreated by tour director Mia Walker (who also directed the 2017 “Pippin” tour) and associate choreographer Camden Loeser. The musical has a book by Olivier Award-nominee James Graham, music and lyrics by Gary Barlow (“Take That”) and Grammy Award-winner Eliot Kennedy, and original choreography by Emmy Award-winner Mia Michaels (“So You Think You Can Dance,” “Cirque du Soleil: Delirium”). “Finding Neverland” is packed with mesmerizing visuals, irresistible songs, and plenty of laughs, making it a timeless story about the power of imagination.

The winner of Broadway.com’s Audience Choice Award for Best Musical, this breathtaking smash “captures the kid-at-heart,” Time Magazine said. It tells the incredible story of how playwright J.M. Barrie struggles to find inspiration until he meets four young brothers and their beautiful widowed mother. Spellbound by the boys’ enchanting make-believe adventures, he sets out to write a play that will astound London theatergoers. With a little bit of pixie dust and a lot of faith, Barrie takes this monumental leap, leaving his old world behind for Neverland, where nothing is impossible and the wonder of childhood lasts forever. The magic of Barrie’s classic tale springs spectacularly to life in this heartwarming theatrical event. NPR raved that “Finding Neverland” is “far and away the best musical of the year,” and Vogue cheered, “It’s a must-see you’ll remember for years to come!”

The production will star Mark Bacon as J.M. Barrie, Josephine Florence Cooper as Sylvia Llewelyn Davies (the boys’ mother), and Kirk Lawrence as the producer Charles Frohman and Captain Hook. Bacon’s selected credits include “Brigadoon” (Tommy), “Hairspray” (Link), “Heathers” (Hipster, JD understudy), “All Shook Up” (Chad), and “Mamma Mia” (Sky). Cooper has performed in tours or off- Broadway productions of “Girls Night,” “La Storia Di Colapesce,” “Night Witches,” and “The Dream Project.” Her television and film credits include Comedy Central and “Uncanny Harbor.” Lawrence has performed with the national tour of “The Wizard of Oz” as Professor Marvel and the Wizard and regionally played the roles of Doc in “West Side Story,” Mr. Carnes in “Oklahoma,” Mr. Potter in “A Wonderful Life,” and Todd in “Sweeney Todd.” Desirée Dillon will be portraying Mrs. du Maurier, Sylvia’s mother. She is an Oklahoma native and winner of the international Crescendo Music Awards, with regional credits including “Smokey Joe’s Cafe,” “Mary Poppins,” and “Anything Goes.”

Of course ,the young Davies boys and the lovable pooch that portrays Pothos are the other stars of the show. The young performers are playing multiple roles in the show. The boys include Brycton Archer, who will portray George; Ashton Heathcoat will play the roles of Jack and Michael; Dylan Jacob Loraw will play Peter, Jack, and George; Jack Packer will play George, Peter, and Jack; and Nicholas Reed will play the roles of Michael, Jack, and Peter. The part of Pothos will be played by a young and very lively goldendoodle named Oscar, who even gets his own travel van.

“Finding Neverland” is produced by APEX Touring, who is highlighting their fourth national tour season. Past tours include the international and domestic tours of “The Wizard of Oz” as well as the tours of “Once,” “Cabaret,” and “Pippin.” 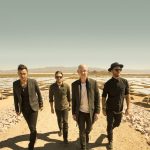