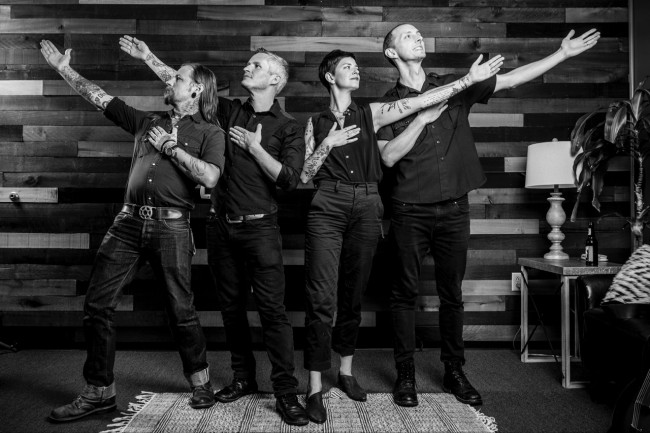 The Devil Makes Three, whose latest album debuted in the Top 10 bluegrass charts and has spurred a successful two-year U.S. and international tour, show no signs of slowing down. The Americana triumvirate will soon embark on a U.S. winter tour with nearly 20 dates in less than a month.

Kicking off Jan. 16 in Fairfield, Connecticut and hitting such legendary venues as The Orange Peel (Asheville, North Carolina) and White Oak Music Hall (Houston, Texas) along the way, the tour will culminate Feb. 8 in Austin, Texas. It stops at Penn’s Peak in Jim Thorpe on Saturday, Jan. 18 at 8:30 p.m.

The group has also announced that MorganEve Swain, vocalist and multi-instrumentalist for Brown Bird and The Huntress and Holder of Hands, will join them on this run in the absence of Lucia Turino (upright bassist and backing vocalist), who recently parted ways with the band. According to TDM3 guitarist/vocalist Pete Bernhard, the decision to invite Swain to join them on the road was an easy one, as they are longtime friends and collaborators.

“Inviting MorganEve on this tour was an easy and natural decision; in fact, it was actually Lucia’s idea,” Bernhard said. “She’s worked with us many times and has even joined us on stage on fiddle and cello when we toured with Brown Bird. It’s going to be great to be performing with her again.”

The power of words isn’t lost on The Devil Makes Three, which also features guitarist and tenor banjo player Cooper McBean. For as much as they remain rooted in troubadour traditions of wandering folk, Delta blues, whiskey-soaked ragtime, and reckless rock ‘n’ roll, the band nods to the revolutionary unrest of author James Baldwin, the no-holds barred disillusionment of Ernest Hemingway, and Southern Gothic malaise of Flannery O’Connor.

In that respect, their sixth full-length album and first of original material since 2013, “Chains Are Broken” (New West Records), resembles a dusty leather-bound book of short stories from some bygone era.

“I always want our songs to unfold like short stories,” Bernhard affirmed. “You could think of them like the chapters of a book. Of course, they’re shorter and maybe more poetic. This was a much more personal album about what it takes to be an artist or writer of any kind – and what you have to do to make your dream possible. It was really the headspace I was in. It might have something to do with getting older. You start reflecting on life and the people around you. I was doing that in these songs. That’s what makes the record more personal. I’m pulling from these things. Some of it is about drug addiction. Some of it is about the things you sacrifice. Some of it is about the detrimental things we do for inspiration. Nevertheless, they all have some sort of narrative.”

TDM3’s journey up to this point could be deemed worthy of a novel. Their 2002 self-titled debut yielded the now-classic “Old Number Seven,” “Graveyard,” “The Plank,” and more as they organically attracted a diehard following through constant touring. “Longjohns, Boots and a Belt” arrived in 2003, followed by 2009’s “Do Wrong Write” between a pair of live recordings, namely “A Little Bit Faster and a Little Bit Worse” and “Stomp and Smash.”

2014’s “I’m a Stranger Here” marked their first debut on the Billboard Top 200, and the 2016 “hero worship homage” “Redemption & Ruin” heralded the group’s second No. 1 bow on the Billboard Top Bluegrass Albums chart and fourth consecutive Top 5 debut on the respective chart. The latter garnered widespread acclaim from the likes of Entertainment Weekly, American Songwriter, The Boston Globe, and more. Over the years, they cast an unbreakable spell on audiences everywhere, from Lollapalooza and Bonnaroo to Hardly Strictly Bluegrass, Hangout Fest, and Shaky Knees.

As the band began writing ideas for “Chains Are Broken,” they veered off the proverbial path creatively. Instead of their typical revolving cast of collaborators, The Devil Makes Three stuck to its signature power trio – with one addition. This time, they invited touring drummer Stefan Amidon to power the bulk of the percussion. The presence of a drummer remains most amplified as the band seamlessly translated the spirit of the live show into a studio recording and busted the rules even more. And for the first time, they retreated to Sonic Ranch Studios in El Paso, Texas, a stone’s throw from the Mexican border, to record with producer Ted Hutt (Gaslight Anthem, Dropkick Murphys).

“We broke a lot of rules in making this record,” Bernhard smiled. “We’ve always done whatever we wanted to, but there were still some things we wouldn’t try. Those fears went out the window. Ted was a big part of that. He stayed with us throughout the whole process from pre-production until the final moment of recording. He pushed us outside of our comfort zone. We’ve never had this experience. So, we got really creative under pressure, which ended up being super fun.”

Released on Aug. 24, 2018, “Chains Are Broken” has been heralded as the trio’s most sophisticated effort to date and exhibits their willingness to “push beyond [their] somewhat cult audience” (American Songwriter). It continues to resonate with fans thanks to Bernhard’s mature, provocative lyrics and vocals and guitar/banjo aficionado Cooper McBean’s signature style. Capitalizing on this momentum, the band is currently writing a new album, with new material scheduled to be released later next year. 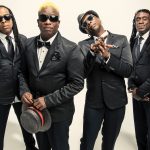 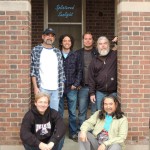 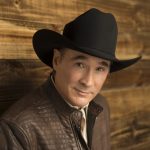