The F.M. Kirby Center has announced the first half of its “Classic Movies at the Kirby” series, sponsored by Flashback Cinema for the third consecutive year. One Friday each month, the Wilkes-Barre theater will show a classic movie on the big screen. Each showing will include an on-screen introduction by Flashback Cinema host and Northeastern Pennsylvania native John Hersker, who will provide historical background for the films.

The Kirby Center first partnered with Flashback Cinema to show classic movies in 2018 as the part of the celebration of the 80th anniversary of the venue’s opening as the Comerford Theatre in 1938. The classic movie showings have proved so popular that the Kirby has made them a regular feature of its programming.

Anne Rodella, artistic director of the Kirby Center said, “Screening classic movies in a classic theater has an air of magic around it.”

“Partnering with Flashback Cinema adds a level of excitement,” she continued. “Each of John Hersker’s introductions is tailored to each movie. This series allows the Kirby Center to add to our mission of arts and education in a fun and creative way that also celebrates the venue’s theatrical roots as movie theater.”

The 2020 edition of “Classic Movies at the Kirby” kicks off next Friday, Jan. 10 with the 50th anniversary showing of “The Molly Maguires,” which was filmed on location in Northeastern Pennsylvania. The drama, about a secret society of Irish coal miners fighting for better working conditions, had its world premiere at the Kirby (then known as the Paramount Theatre) in January of 1970. Many area residents participated in the making of the film, which was produced by Paramount Pictures and stars Sean Connery, Richard Harris, and Samantha Eggar.

The series is currently scheduled through the first half of 2020 and, in the words of Humphrey Bogart as private eye Sam Spade, is “the stuff that dreams are made of.” It features romance, comedy, mystery, music, and the 50th anniversary screening of “Love Story” which, like “The Molly Maguires,” played at the Paramount Theatre in 1970.

The series will feature two showings of each film at 1 p.m. and 7:30 p.m. on Fridays. Tickets for the matinee films are only $3, while all evening films are just $5.

“Classic Movies at the Kirby” schedule:

For more information on the film series or any other Kirby event, or to learn how to become a Member of the F.M. Kirby Center (71 Public Square, Wilkes-Barre), visit kirbycenter.org or call 570-826-1100.

Flashback Cinema programs and markets classic movies in first-run movie theaters across the United States. Dedicated to presenting classic movies to audiences in a theatrical setting as they were originally intended to be seen, Flashback Cinema is the creation of John H. Hersker, a fourth-generation theater operator and former executive vice president of Paramount Pictures. Hersker is a native and current resident of NEPA. For more information, go to flashbackcinema.net or follow Flashback Cinema on Facebook. 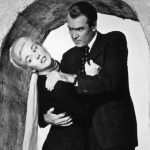