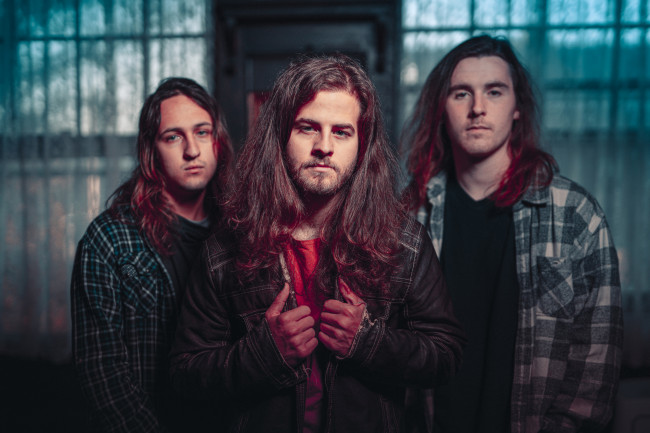 After making their Billboard chart debut last year, Lehighton hard rock band Another Day Dawns has been building buzz for their next EP with some big moves.

“Stranger” is set for release next Friday, Jan. 31 on all major streaming platforms, and the first single, “Taste of Heaven,” is already receiving airplay on Hazleton active rock radio station 97.9X, 99 Rock in Portsmouth, New Hampshire, and 97.3 The Rock in Dubuque, Iowa. The music video will premiere on the Live Nation-owned website The Noise and YouTube on Jan. 31.

New songs like “Taste of Heaven” and “Am I” are the result of writing with multi-platinum hitmaker Desmond Child, who was inducted into the Songwriters Hall of Fame for creating decades of hits with artists like KISS, Aerosmith, Alice Cooper, Joan Jett, Bon Jovi, Cher, Ricky Martin, and many more. The Grammy Award-winning songwriter/producer first saw the band in Los Angeles when they were finalists in the 2017 neXt2rock competition and began working with them in Nashville, Tennessee in 2018.

All the pieces are falling into place for Another Day Dawns to break out as a national act. Initially formed as a classic rock cover band in 2010, they evolved into an original modern hard rock/alternative rock act and hit their stride in 2017 with their first single, “Love She’s After,” and a lineup consisting of singer Dakota Sean, guitarist Tyler Ritter, and drummer Nick McGeehan; bassist Livi Dillon left the band to pursue a solo career last summer. They built up a following and became hometown favorites with high-energy performances that received Lehigh Valley Music Awards and accolades from local press like The Morning Call. Not just sticking to the Allentown/Bethlehem area, they also made their mark in the NEPA music scene with shows at The Pavilion at Montage Mountain, The V-Spot, Stage West, Levels Bar & Grill, River Street Jazz Cafe, Sherman Theater, and Penn’s Peak.

Four months after Another Day Dawns released their debut EP, “A Different Life,” it hit No. 10 on Billboard’s Northeast Heatseekers chart, a notable feat considering the album was released independently with no major label. The five songs on this 2019 release include the lead single “Psycho,” which officially premiered on the NEPA Scene Podcast on Nov. 7, 2018 during an interview with Phillips and the band and went on to be one of their most popular songs on Spotify, Apple Music, and YouTube.

Building on that momentum, “Stranger” is primed to take off as an even bigger hit. Those who can’t make it to Easton next week can catch the band opening for Saving Abel at Stage West (301 N. Main Ave., Scranton) on Wednesday, Feb. 19 at 7 p.m. with Always Undecided.

See NEPA Scene’s photos of Another Day Dawns opening for Sponge at Stage West in 2019 here and learn more about them in an in-depth interview with the whole band in Episode 82 of the NEPA Scene Podcast: 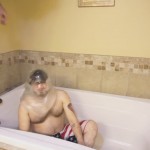