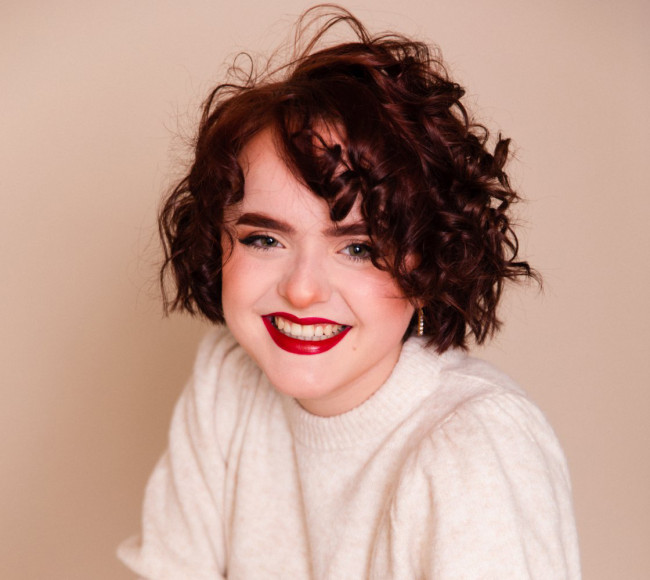 Marley’s Mission, a nonprofit organization in Clarks Summit that provides equine-based therapy free of charge to children who have experienced trauma, will host its 10th annual Blue Ribbon Gala at the Hilton Scranton & Conference Center on Saturday, Feb. 15 from 6 p.m.-11 p.m.

This black tie optional evening of fun, food, and friends that celebrates hope features live entertainment by Scranton/Wilkes-Barre party band Daddy-O and the Sax Maniax and special guest Olivia Kay, a 16-year-old singer from Oklahoma who has floored audiences for Marley’s Mission for years.

Tickets for this fundraiser at the Hilton (100 Adams Ave., Scranton), which are $125 per person and include two different dinner options, can be purchased now at marleysmission.com.

Edmond, Oklahoma native Olivia Kay has been singing in front of crowds since she was 8 years old. Described as “the little girl with a big voice,” she is most well-known for her YouTube rendition of “Rolling in the Deep” by Adele that has over three million views. Her big voice has landed her a national platform, including being the youngest singer to perform on NBC’s “The Voice” and an interview with Barbara Walters. Still, it is right at home in Oklahoma where she has performed in front of some of the largest crowds, singing the national anthem at NBA Thunder games and the NCAA Women’s College World Series. Most recently, Kay won the 2019 Sooner Theatre’s Voice of the Heartland vocal competition. She now works toward writing and recording her own original music.

Daddy-O and the Sax Maniax is an 11-piece high-energy wedding and party band featuring several vocalists, a three-piece horn/percussion/vocal section, and a five-piece rhythm section that includes drums, bass, keyboards, and guitar that offers a diverse mix of ’60s and ’70s retro hits, big band standards, R&B, jazz, swing, rock ‘n’ roll, disco, and contemporary music. They played at the White House three times and even performed on stage with President Bill Clinton in addition to playing Pennsylvania governors’ events. Daddy-O and the Sax Maniax has appeared in People magazine, been featured in a three-page spread by the Philadelphia Inquirer, appeared on numerous television shows, and covered in most local newspapers and magazines. Their concert credits include opening for Clarence Clemons of Bruce Springsteen’s E Street Band, Christopher Cross, John Cafferty and the Beaver Brown Band, the J. Geils Band, and Santana.

In July of 2009, at home with her family in a small Northeastern Pennsylvania town, a 5-year-old girl was brutally attacked in her own room by a complete stranger. Police immediately responded and captured the girl’s attacker. He has been prosecuted and is currently serving a life sentence.

Immediately after the arrest, the outpouring of support from the community was overwhelming. A fund was established for the benefit of the little girl and her family and, with these funds, the family moved from their home to try to start a new life. As a longstanding wish of their daughter, the family also bought the little girl a horse.

After limited success with traditional therapy, a horse was infused into the girl’s therapy regimen. Immediately, a recognizable change was witnessed and, for the first time since the attack, the mother of the young victim saw a glimmer of her daughter that had not been seen since 2009.

It was at this time that April Kemp realized that if a horse can have such a dramatic and positive impact on the healing process of her daughter, why couldn’t it help other childhood victims of abuse? Thus, Marley’s Mission, named for the little girl’s pet guinea pig, Marley, was born.

Marley’s Mission (2150 Port Royal Rd., Clarks Summit) is currently housed on a 32-acre campus in Newton Township in Lackawanna County. The Mission currently utilizes 12 horses in its EAP program and employs a team approach to healing children who have experienced trauma. The treatment team includes a specially trained Trauma Therapist and an Equine Specialist. They have been educated in the internationally recognized Equine-Assisted Therapy Model developed by the Equine Assisted Growth and Learning Association.

Equine-Assisted Psychotherapy has shown evidenced-based efficacy in patients who have experienced emotional trauma and now suffer with depression, anxiety, and similar symptoms. Research and observational findings have shown EAP yields a variety of psychotherapeutic benefits, such as confidence, self-efficacy, self-concept, communication, anxiety reduction and, most importantly, trust.

The form of therapy used at Marley’s Mission does not include horseback riding. Rather, their work with horses and children is completed on the ground, helping children develop solutions in their own lives and breaking barriers in their own healing.

As a 501(c)(3) organization, donations and contributions to Marley’s Mission are tax deductible. 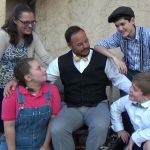 Actors Circle opens 37th season with ‘To Kill a Mockingbird’ at Providence Playhouse in Scranton Sept. 13-23