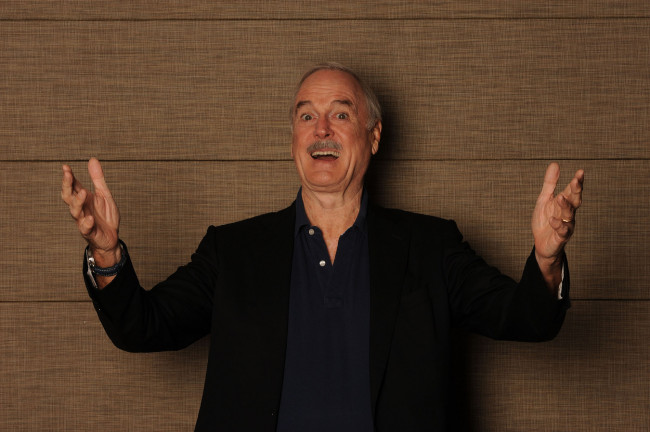 It was announced today that living comedy legend John Cleese of Monty Python fame will return to the F.M. Kirby Center in Wilkes-Barre on Monday, Oct. 19 at 7:30 p.m., this time examining the dysfunctional world we live in with his live show “Why There Is No Hope.”

His previous visit to the Kirby Center in 2017 was a live conversation and audience Q&A following a screening of “Monty Python and the Holy Grail.”

Unique Lives & Experiences is proud to present an evening of humor with John Cleese titled “Why There Is No Hope.”

The 80-year-old comedic actor is best known for “Monty Python’s Flying Circus” and its movies like “Monty Python and the Holy Grail,” the BBC sitcom “Fawlty Towers,” and the classic film “A Fish Called Wanda.” “The world’s funniest man” first made his mark as a member of the groundbreaking and influential comedy troupe Monty Python in the 1960s and has gone on to write, produce, direct, and star in some of the greatest comedic hits of the last 40 years, even receiving an Oscar nomination for best screenplay for “A Fish Called Wanda.”

On the small screen, Cleese worked on programs such as “Cheers,” “3rd Rock from the Sun,” “Will & Grace,” and the Emmy-nominated TLC documentary “The Human Face with John Cleese.” His film credits include “Silverado,” “The Out-of-Towners,” “Rat Race,” and the Kenneth Branagh-directed “Mary Shelley’s Frankenstein.”

But Cleese is far from a garden variety entertainer. From the beginning of his career, he has continually parlayed his enormous talents into advancing the political causes he believes in. In 2014, he released his New York Times bestselling memoir, “So, Anyway.” The book shares his ascent in the entertainment world, from his humble beginnings in a sleepy English town to his early comedic days at Cambridge University.

Read NEPA Scene’s interview with John Cleese before his 2017 appearance in Wilkes-Barre here.