It was announced today that Twiztid, the Detroit horrorcore rap duo who rose to fame in the late ’90s with the Insane Clown Posse and broke off to form their own dedicated fan base, will perform at Stage West in Scranton on Thursday, April 9 as part of The Highnamic Duo Tour with special guest Slaine.

Twiztid previously came to Scranton as part of the final Vans Warped Tour at The Pavilion at Montage Mountain in 2018.

A potent concoction of hardcore hip-hop, rock, horror cinema, and theatrical styling is the formula brewed by Twiztid. The diabolical duo of Jamie Madrox and Monoxide, who rose from the Detroit underground to seize the world by the throat with their sinister lyrics and infectious beats, now reign supreme as a self-operated media giant and one of the world’s most popular independent hip-hop acts, with 12 major albums/EPs released to date and more than one million albums sold worldwide, all of which have charted on Billboard’s Top 100.

The team first summoned their style in the late ’90s headlining several shows in the Detroit area, even opening for the Insane Clown Posse on 1997’s Great Milenko U.S. Tour. Moving forward as Twiztid, the pair unleashed their now-legendary debut album “Mostasteless” the following year through Psychopathic Records, and that release was later picked up by Island/Def Jam, who signed the band in 1999 along with ICP. After touring again with their labelmates throughout the United States and Europe, Twiztid launched their own Rock the Dead headlining tour in 1999 to promote “Mostasteless.”

Their second album, “Freek Show,” dropped in 2000, featuring the hit single “We Don’t Die” – accompanied by the band’s first music video, prominently featured on the TV network The Box – and another nationwide tour. Their third full-length, “The Green Book,” arrived in 2003, followed by the double-album “Man’s Myth, Vol. 1” and “Mutant, Vol. 2” in 2005.

In 2009, “W.I.C.K.E.D. (Wish I Could Kill Every Day)” would become the band’s most successful release to date, peaking at No. 11 on the Top 200, No. 1 on Independent, and No. 4 on Rap Albums on the Billboard charts, quickly becoming a fan favorite and a high watermark in the band’s career.

“Abominationz” reached similar heights in 2012, hitting No. 18 on the Top 200, No. 4 on Independent, and No. 2 on Rap Album charts, and it featured guest appearances by Insane Clown Posse (on the title track) and Royce da 5’9″. “Abominationz” also represented a new visual mode for the band, reflecting a new era of independence. The new look was showcased on the ambitious, three-leg Abominationz Tour, which included the band’s first-ever touring venture in Canada.

Following their departure from the Psychopathic label in late 2012, Twiztid turned a new page in their career as independent artists. They launched their own web store, twiztid-shop.com, and released two new records independently: 2013’s “A New Nightmare” (featuring the singles “Down with Us” and “Sick Man”), and the EP “Get Twiztid.” The music video for “Sick Man” features horror movie legends Sid Haig (“House of 1000 Corpses,” “The Devil’s Rejects”) and Kane Hodder (who portrayed Jason Voorhees in the last four installments of the original “Friday the 13th” film series).

Throughout their career, Twiztid has taken part in creative collaborations with some of the biggest names in the entertainment industry. The band’s music has made its way onto the soundtrack for the PlayStation game “Backyard Wrestling,” in which Twiztid are also playable characters. Both Madrox and Monoxide have stepped in front of the cameras as actors for the bestselling DVD feature comedy “Big Money Hustlas” in 2000 and its 2012 sequel “Big Money Rustlas,” and they also appeared in the feature-length pilot episode of “Over/Under,” starring Steve Pasquale and Anthony Carrigan, which aired in 2013 on USA Network.

Twiztid fans are not only fiercely loyal, but have formed a close-knit community of their own, growing beyond the Juggalo culture (who embraced the band through their years with Psychopathic) to create the FAMILY (or the FAM), a widespread movement encompassing fans of many musical genres and those share the band’s passion for horror and all things dark and sinister. What began as a personal connection between the band and fans has grown into a social media phenomenon, through which FAM around the world continue to connect with Twiztid personally via Twitter, and the band has released two “For Tha FAM” mixtapes for free as a gift to the fans. This massive fan support is reflected in Twiztid’s massive social media presence, which includes over 10 million YouTube views, 80,000+ real Twitter followers, and more than 400,000 legit likes and 150,000+ followers on Facebook.

The FAM turns out in force for Twiztid’s truly one-of-a-kind performances, where the crowd is greeted with a multimedia experience that includes props, video, and every kind of audience participation imaginable. Headlining over 1,000 shows to date, the band has graced the stage with many high-profile artists. Their most epic shows include a headlining set at Rob Zombie’s first Great American Nightmare festival in 2013. In addition to extensive touring and festival appearances, Twiztid also continues a long and beloved tradition of hosting yearly events like Fright Fest, a fan favorite that began in 2003 as a single Halloween concert before expanding into a recurring tour, lasting from mid-October through Halloween of each year. They have also held their “New Years Evil” concert every Dec. 31 for six years and counting.

Their latest studio album, “Generation Nightmare,” was released April 26, 2019 on their own label, Majik Ninja Entertainment and continued to demonstrate the band’s strong crossover appeal to a variety of audiences, with the album double-charting on both Billboard’s Hip Hop and Alternative sales charts, an impressive feat for a band with 20 years of history and counting. 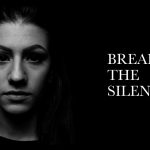 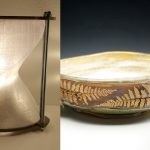