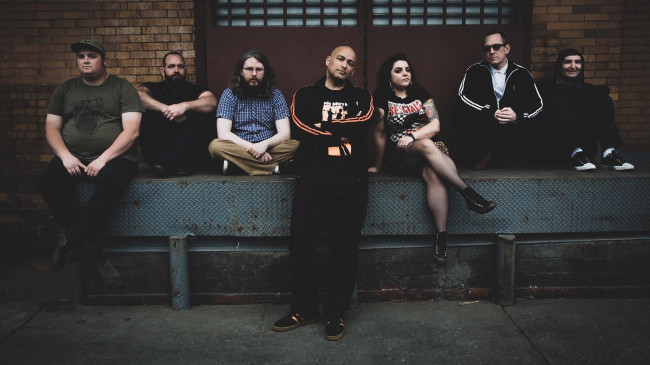 New Jersey ska band Hub City Stompers will return to the River Street Jazz Cafe in Plains on Saturday, March 28 for a night of ska, punk, and rock and roll with Philadelphia favorites Duffy’s Cut and Wilkes-Barre’s own punk/oi trio Diamond Dogz.

Hub City Stompers hail from the “hub city” of New Brunswick, New Jersey. The band was founded and formed by Rev Sinister, former vocalist/frontman for NJ ska band Inspecter 7. After i7 had gone into a dormant state in 2001, RevSin, still bloodthirsty for making and performing music, went on the hunt to form a new band and, in the summer of 2002, HCS was born. In the wasteland of the seemingly “dead” ska scene of the time, these necromaniacs romanced ska’s rotted corpse, playing for the love of the music rather than the popularity of it, and formed a force to be reckoned with in the New Jersey music scene.

Embracing various styles and eras of ska from the 1960s through the ’80s and adding reggae, punk, oi, hardcore, and even hip-hop, jazz, and classical influences, Hub City Stompers manage to avoid a typical, formulaic ska sound and steer clear of cliche poppy ska lyrics. Their lineup consists of members and ex-members of bands such as Inspecter 7, Bigger Thomas, Professor Plum, Predator Dub Assassins, Bomb Town, and The Best of the Worst.

Proudly roaming the no man’s land between the popular ska-core world and the elitist trad-ska world, Hub City Stompers choose to entertain and offend everyone equally and stick to their underground roots. Allied with all in this underground, they share the stage with ska, reggae, oi, punk, and hardcore bands alike.

In 2002, they debuted the song “Night of the Living” on the Jump Up/Megalith Records “Still Standing” ska compilation. They released their first full-length album, “Blood, Sweat and Beers,” in 2004 on Megalith Records. Their self-released “Mass Appeal” EP came out in 2005. A studio recording of live-favorite “I’ve Got a Boot” was featured on the Megalith Records sampler released in 2006.

Their second full-length album, “Dirty Jersey,” was released at the end of 2006 on Megalith Records. Their follow-up CD, “Ska Ska Black Sheep,” came out on Stubborn Records in 2009. In 2012, their song “Barking Up the Wrong Tree” was released exclusively on the “This Is Not Dead” four-band compilation seven-inch on This Is Not Dead Records. Their fifth record, “Life After Death,” was released in 2014, and less than a year later, they released the full-length vinyl LP “Caedes Sudor Fermentum” on Crowd Control Media, which featured several “best of” tracks from the first three Hub City Stompers albums. In 2018, they released their sixth album, “Haters Dozen,” via Altercation Records.

In 2014, after a year-long HCS hiatus due to an attempt to revive i7 by merging HCS and i7 and abandoning the HCS name, RevSin and the majority of the i7 line up decided to leave behind the Inspecter 7 name once and for all and bring back Hub City Stompers for good. Back in full effect since then, HCS is ready to bring their special brand of “dirty Jersey” ska to all, releasing their latest album, “Blood, Sweat and Years,” on Altercation Records on Nov. 29, 2019.

This banger of an album is a 15th anniversary acknowledgement of their debut CD, an homage that includes new rerecorded versions of most of the “Blood, Sweat, and Beers” tracks, as well as new versions of the “Mass Appeal” EP in its entirety. With both of these original albums unavailable and out of print, fans can now enjoy all their favorite tracks redone with the updated performance and production of today’s HCS. And to sweeten the pot further, “Blood, Sweat, and Years” includes new and previously unrecorded songs thrown into the mix.

Made up of ex-members of The Boils, Super Hi-Five, Bad Idea, Cranked Up, and Violent Society, Duffy’s Cut is a Philadelphia rock and roll band inspired by ’60s British invasion, Motown, and soul music with broken glass and baseball bats. They sound like a band of punks and skins whose record collection is as broad as it is deep.

Their self-titled debut EP was released by Oi! The Boat Records in 2013, followed by the full-length record “Killers on the Dance Floor” in 2017 on the same independent label. Duffy’s Cut wears their American soul, Brit invasion, punk, and oi influences on their sleeves while, somehow, creating a sound that is as unique as it is infectious. 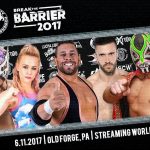