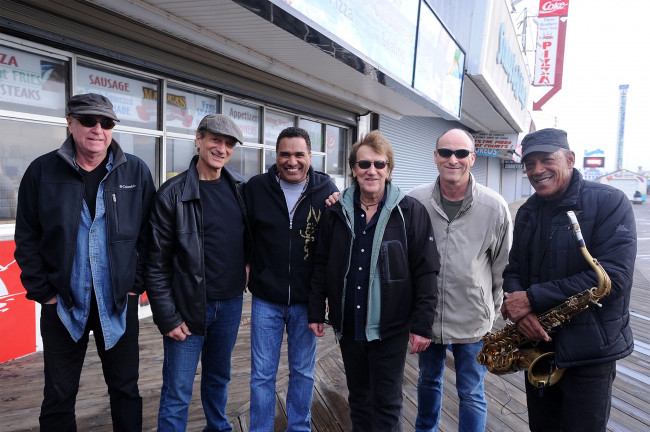 It was announced this week that legendary “East Coast rock ‘n’ roll” group John Cafferty and the Beaver Brown Band, who achieved mainstream success in the 1980s with the “Eddie and the Cruisers” soundtrack, will perform at Penn’s Peak in Jim Thorpe on Saturday, June 13 at 8 p.m.

John Cafferty and the Beaver Brown Band is an American roots rock ‘n’ roll band whose career began in 1972. Originally known as simply Beaver Brown, the classic lineup of the group – John Cafferty on vocals and guitar, Gary Gramolini on lead guitar, Pat Lupo on bass, Kenny Jo Silva on drums, Bobby Cotoia on keyboards, and Michael “Tunes” Antunes on saxophone – started out as a New England bar band based out of Narragansett, Rhode Island and established a huge following up and down the Northeast corridor, with strongholds in the beach resort towns of Narragansett and Misquamicut, Rhode Island; Cape Cod and Boston, Massachusetts; New Haven, Connecticut; New York City; Asbury Park, New Jersey; and Washington, D.C.

The band first achieved success with a 1980 self-released single pairing two of their now-classic songs, “Wild Summer Nights” and “Tender Years,” which sold over 10,000 copies and enjoyed radio play up and down the Atlantic seaboard. After a decade-long run on the Northeast music scene, during which they became recognized as one of the best and most popular unsigned acts in the country, John Cafferty and the Beaver Brown Band finally broke through nationally when producer Kenny Vance offered them the score to a movie soundtrack he was producing based on a bestselling novel about a fictional legendary bar band, “Eddie and the Cruisers.”

Thanks to frequent airings of the 1983 film on HBO and the purchase of the soundtrack album by their established fan base as well as hundreds of thousands of new converts, The “Eddie and the Cruisers” original motion picture soundtrack reached the Top 10 on the Billboard 200 chart and produced a No. 7 hit single,”On the Dark Side,” on the Billboard Hot 100. “On the Dark Side” also held No. 1 on the Billboard Rock Tracks chart for five weeks. The album was eventually certified triple-platinum by the RIAA and led to their own recording contract with Columbia Records.

The group’s 1985 follow-up album was highlighted by the title track, “Tough All Over,” which became their second No. 1 single on the Mainstream Rock Tracks chart. The song “C-I-T-Y” from that album also reached the Billboard Top 20 while “Voice of America’s Sons” was the featured theme song on the soundtrack of the movie “Cobra” starring Sylvester Stallone. Cafferty’s solo track “Hearts on Fire” was featured in another Stallone film, “Rocky IV,” for which he received his second double-platinum soundtrack award. Over the years, he has placed 35 songs in movies, including “Jersey Girl” and the smash hit “There’s Something About Mary.”

The band’s next album, the self-produced “Roadhouse,” sold well to their fan base but did not reach the sales heights of “Tough All Over.” In 1989, they scored an “Eddie” sequel, “Eddie and the Cruisers II: Eddie Lives,” which became their last major label release of new material.

Several personnel changes occurred over the next few years, with Silva departing in 1992 and Lupo in 1994 to be replaced, respectively, by Jackie Santos, formerly of Tavares, and Dean Cassell. Cotoia was forced to retire from the road during the 1990s due to an illness, but he remained an active member of the group in the studio. His on-stage replacement was Steve Burke, who remains in the lineup. Cotoia passed away in 2004.

John Cafferty and the Beaver Brown Band remains a top concert attraction, touring nationally on an annual basis. In 2012, they were inducted into the Rhode Island Music Hall of Fame and unquestionably named one of the greatest and most successful acts in Rhode Island music history. 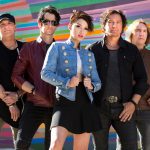 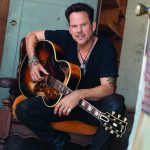