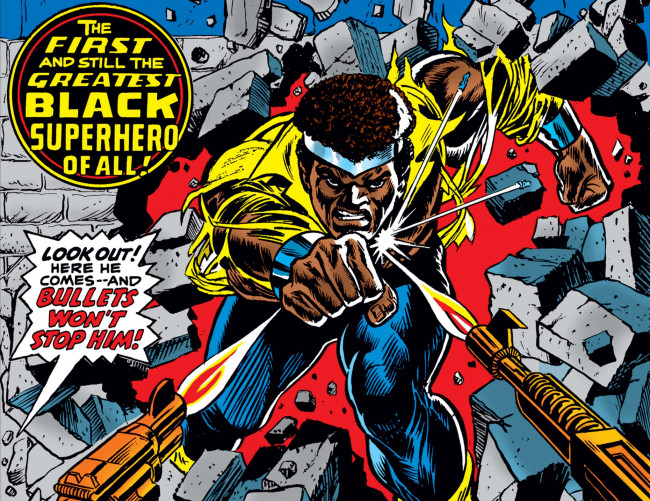 Misericordia University professors Allan W. Austin, Ph.D., and Patrick L. Hamilton, Ph.D., will discuss their new book, “All New, All Different? A History of Race and the American Superhero,” during a Friends of the Mary Kintz Bevevino Library lecture and book signing on Tuesday, Feb. 18 from 5 p.m.-7 p.m. in the Catherine Evans McGowan Room of Misericordia’s Mary Kintz Bevevino Library in Dallas. Light refreshments will be available at this free program.

The 392-page book was published by University of Texas Press in November. It is an eye-opening exploration of the relationship between racial attitudes and the evolution of the superhero in America over the last 80 years – from Superman’s debut in 1938 through the Civil Rights era to contemporary revisions of the well-known characters of today.

“‘Our book enriches the understanding of the complex issues of racial representation in American popular culture,’” Drs. Austin and Hamilton explained. “Our work explores a topic that, until now, has only received more discrete examination.’”

A Kingston resident, Austin is a professor of history and the author of two previous books. He published “Quaker Brotherhood: Interracial Activism and the American Friends Service Committee, 1917-1950” (University of Illinois Press) in 2012, and “From Concentration Camp to Campus: Japanese American Students and World War II” (University of Illinois Press) in 2004. In addition, he served as co-editor of “Asian American History and Culture: An Encyclopedia” and “Space and Time: Essays on Visions of History in Science Fiction and Fantasy Television.”

Hamilton, an associate professor of English, is the author of “Of Space and Mind: Cognitive Mappings of Contemporary Chicano/a Fiction” (University of Texas Press). He also has published on “Los Bros Hernandez,” “The Walking Dead,” and “Westworld.” He is also a resident of Kingston.

The next step in their educational collaboration brought them to their new book, which takes a multifaceted approach to exploring attitudes of race through popular culture, whether it is the characters made famous by Marvel Comics and DC Comics or lesser known heroes as they also examine diverse characters and the messages contained within their actions and storylines.

In their book, the authors begin with World War II, examining early superhero stories with Asian villains and nonwhite sidekicks before transitioning to the 1960s and 1970s and the rise of popular characters such as Black Panther, Black Lightning, Luke Cage, Storm, and others that reflected a cultural revolution, according to Austin and Hamilton.

“The book reveals how nonwhite superheroes remained grounded in outdated assumptions, even as racial reform began to take root,” the Misericordia authors argue. “Multiculturalism encouraged further diversity with 1980s super teams and the new characters introduced in the 1990s by Milestone, a minority-run company, and others.”

The groundbreaking book concludes with a discussion of contemporary efforts by the industry to make both a profit and a positive impact on society.

The book also has received positive reviews, including one by Lan Dong, Ph.D., an English professor at the University of Illinois-Springfield. “‘All New, All Different?” discusses not only mainstream superhero comics from Marvel and DC, but also lesser-known texts over a long time span,” Dr. Dong wrote. “In addition to examining African American superheroes, it also critically engages with Asian/Asian American, Native American, and Latinx characters.

“Its comprehensive coverage will make a meaningful contribution to the growing field of comic studies,” she concluded.

For more information about Misericordia, call 570-674-6400 or visit misericordia.edu.

Founded by the Sisters of Mercy in 1924, Misericordia University is Luzerne County’s first four-year college and offers 56 academic programs on the graduate and undergraduate levels in full and part-time formats. Misericordia ranks in the “National Universities” category of U.S. News and World Report’s 2020 edition of Best Colleges. The Princeton Review recognizes Misericordia as a 2020 “Best Northeastern” college, and Money Magazine includes Misericordia in its 2019-20 “Best Colleges” list. College Consensus and the Wall Street Journal and Times Higher Education rank Misericordia among the top colleges and universities nationally. 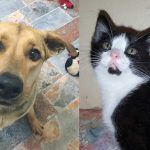 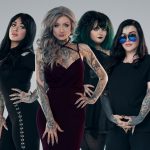