In an announcement today, Florida post-hardcore band Sleeping with Sirens and Australian metalcore outfit The Amity Affliction made a late addition to their U.S. co-headlining tour – a stop at the Sherman Theater in Stroudsburg on Thursday, May 14 at 7 p.m. with special guests Stray from the Path and Unity-TX.

Tickets, which are $25, go on sale this Wednesday, Feb. 5 at 10 a.m. and will be available at the Sherman Theater box office (524 Main St., Stroudsburg), shermantheater.com, and Eventbrite.

It starts at ground zero. By wiping the slate clean and turning the page to the next chapter, Sleeping with Sirens recenter, recalibrate, and realign on their fifth full-length and first album for Sumerian Records, “How It Feels to Be Lost.” The gold-certified quintet – Kellin Quinn (vocals, keyboards), Jack Fowler (lead guitar), Nick Martin (rhythm guitar), Justin Hills (bass), and Gabe Barham (drums) – amplify the impact of their unpredictable fretwork, velvet vocal acrobatics, and hypnotically heavy alternative transmissions without compromise.

In essence, the band strips itself to the core and uncovers what it sought all along.

“We needed to get back into a room and not care about the outcome,” Kellin exclaimed. “We needed to sit down and write something from our hearts we really love and believe in without regard for opinion. That’s what we did. We didn’t care about the result. We wrote one song, liked it, and moved on. Everything finally fell into place.”

The time turned out to be right for them to do so.

Since emerging in 2010, Sleeping with Sirens have tested the boundaries of rock by walking a tightrope between pop, punk, metal, hardcore, electronic, acoustic, and even a little R&B. This high-wire balancing act attracted a faithful fan base known as “Strays,” generated global album sales in excess of 1.5 million, ignited over half-a-billion streams, and achieved a trio of gold-selling singles: “If I’m James Dean, You’re Audrey Hepburn,” “If You Can’t Hang,” and “Scene Two-Roger Rabbit.” They launched two albums – “Feel” and “Madness” – into the Top 15 of the Billboard Top 200. Additionally, they collaborated with MGK on “Alone” and Pierce the Veil on the gold-certified “King for a Day.” Beyond selling out shows worldwide and receiving acclaim from the New York Times, Alternative Press crowned them Artist of the Year at the Alternative Press Music Awards, proclaimed “Kick Me” the 2015 Song of the Year, and featured them as cover stars a whopping seven times.

However, everything came to a head during 2017. In the midst of the tour cycle for “Gossip,” Kellin found himself at rock bottom under a haze of depression and alcoholism. Reaching a fork in the road, the future of the band hung in the balance.

“I let everything go,” he admitted. “I wasn’t being the leader I had always been. For the last few years, I was struggling with alcoholism, depression, and anxiety. I didn’t know how to turn it around or what to do. Being on the road and touring as much as we did for ‘Gossip’ was really hard on me. I didn’t know if I even had it in me to write another record or get on stage and perform. Something just happened one day. I woke up, called Jack, and said, ‘Hey, I want to stop drinking. I want to go into a room and write the best record we’ve ever written.’ Both of those things happened within a week.”

With Kellin free from alcohol as of December 2018, he and Fowler holed up at MDDN studio in Los Angeles and got to work. This time around, they welcomed longtime friends Zakk Cervini (Blink-182) and Matt Good (Asking Alexandria) behind the board as producers. Fowler cooked up “dark music” that immediately resonated with the frontman.

The whole process “felt organic,” he recalled. “The music reflected exactly where I was at.”

As a result, the first single and opener “Leave It All Behind” exudes an undeniable sense of urgency. A buoyant riff seesaws between electronic echoes before converging on a vocal crescendo topped off by a hard-hitting scream and distorted crash.

“Sometimes, you get those thoughts,” he sighed. “You wonder, ‘What would happen if I wasn’t here?’ I put it into perspective. There are people who listen to my band. There’s my family who rely on, love, and me. I realize it’s important to stick around because we can figure it out together. This is also a reminder for the youth to keep fighting.”

The follow-up “Agree to Disagree” tempers a snaky bass line and a rush of vocals with a bold falsetto-punctuated declaration: “I like the nighttime, better.”

“We can sit around and argue all day long, but it doesn’t matter who’s right or wrong,” he continued. “We need to realize if we can’t agree, let’s find a way to coexist. We have to be open to understanding others, even if we’re aren’t 100 percent on the same page.”

Elsewhere, the equally anthemic and addictive “Medicine” confronts Kellin’s demons head on as it details “being up late at night drinking.” The finale “Dying to Believe” extracts comfort from darkness beneath cover of strings and guitars with a “thank you” for the fans and reminder “to see the best in yourselves.”

In many ways, the title, “How It Feels to Be Lost,” hints at actualization as much as it does potential.

“It felt like we finally found what we were looking for with this record,” Kellin smiled. “The lyrics, the emotion, the musicianship, and the production are all there. It’s the best we could do. It’s going to be exciting to get on stage and perform these songs. We finally found ourselves.”

In finding themselves, Sleeping with Sirens emerged on Sept. 6, 2019 with their most dynamic and definitive body of work to date.

“Certain records have saved our lives,” Kellin left off. “They became staples that I put on. They got me through hard times in my life if I needed to scream or sing my heart out or just feel thrashing guitars and loud music. This album brings all of those sides together. I want this to be our anthem for new fans. To the diehards, we want this to do justice for you. It’s what you’ve been waiting for.”

The real story hides below the surface and beneath the veneer. If you disregard the facade, peel back the layers, and take a closer look, you might get to the truth. The Amity Affliction cocoon raw honesty in haunting hooks, pummeling grooves, and rapturous riffs. The Australian heavy alternative quartet – Joel Birch (vocals), Ahren Stringer (vocals, bass), Dan Brown (lead guitar), and Jon Longobardi (drums) – unearth a powerful truth on their seventh full-length and debut for Pure Noise Records, “Everyone Loves You Once You Leave Them.”

“Social media is so fickle,” Birch asserted. “The Internet horde’s response is often, ‘You’re a successful musician. There’s no way you can have depression. Fuck you!’ The other side isn’t always shown. This is a great job, and we’re blessed. Like anything, though, it’s not all roses. After somebody dies, you hear the mob say, ‘Oh my God, that artist was such an inspiration.’ I’m sick of the ignorant animosity towards mental illness in music or any profession for that matter. We have a platform. We have the opportunity to say something, so that’s what we’re doing.”

“Saying something” remains a reason why they consistently connect. Since emerging in 2008 on the debut “Severed Ties,” the four-piece has preserved this bond. They served up two ARIA gold-certified albums, “Youngbloods” (2010) and “Chasing Ghosts” (2012), and earned a platinum certification from the ARIA for the seminal “Let the Ocean Take Me” (2014).

“This Could Be Heartbreak” (2016) marked the band’s second consecutive Top 30 debut on the Billboard Top 200, while “Misery” (2018) elevated them to new critical heights with praise from Medium, Alternative Press, The Noise, and more. To date, the group’s total stream tally has surpassed 200 million and counting.

Meanwhile, The Amity Affliction sold out countless headline shows and toured alongside many genre heavyweights. During 2019, the musicians returned to Beltsville, Maryland to record alongside “Misery” producer Matt Squire. This time around, they incorporated more guitar and embraced heavier tendencies.

“We went back to our heavier side for the majority of the album,” Stringer said. “We were trying to master the craft and write what we want to hear. Even though we’re older, the maturity comes out a bit more with each record.”

“We just got back to a more of rock guitar sound,” Birch agreed. “We wrote naturally, and it felt great.”

The bludgeoning “All My Friends Are Dead” introduced the record, racking up 1.5 million Spotify streams within a month and receiving praise from the likes of Kerrang. On its heels, the single “Soak Me in Bleach” vaults from gnashing grungy guitar to a sweeping and soaring clean chant.

“The imagery of ‘Soak Me in Bleach’ isn’t something we’d usually use,” Stringer went on. “It’s super dark, but it’s got a boppy grunge vibe.”

On the other end of the spectrum, the vulnerable “Aloneliness” stretches from electronic-infused emissions into a disarmingly dynamic chorus, offsetting pop palatability with a heartbreaking confession.

“It’s straight-up about being bipolar,” Birch revealed. “It’s the constant struggle to figure out who I am now. It’s the morbid and negative part of my existence. Luckily for me, I’ve got music. I have that daily release on tour. I don’t know what I’d do without it. There are individuals who aren’t that fortunate and are struggling to have some form of escapism.”

Fueled by a blast beat and a deluge of screams, “Catatonia” cuts deep. “When we were recording ‘Misery,’ my friend killed himself,” Birch sighed. “We were alone in Toronto. The weather was miserable. His death just hit me like a ton of bricks, and I spent several hours on the floor unable to move.”

Elsewhere, “Forever” sees Birch directly discuss his bipolar diagnosis and “the balancing act between happiness and despair” over an unpredictable sonic backdrop. “Coffin” closes tight on “leeches who want to suck the joy out of everything” with caustic ebbs and flows.

In the end, The Amity Affliction gets real on “Everyone Loves You Once You Leave Them,” set for release on Feb. 21 via Pure Noise Records.

“I want everyone to know there are others out there whose lives look amazing, but they’re still struggling,” Birch left off. “Mental illness is uncompromising and indiscriminate. You can’t help it. It’s not your fault. That’s it.”

“I’d love for people to go on this journey with us,” Stringer concluded. “Maybe it could make their day a little better. I live for music; it keeps me going. If we can do that for someone else, that would be amazing.” 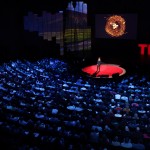