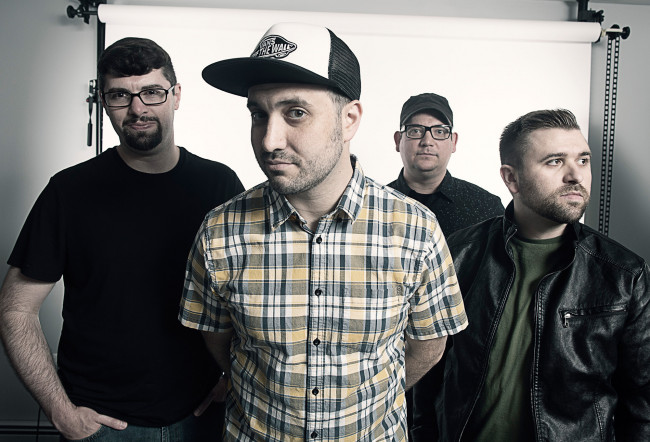 Everything is getting a reboot these days – films, television shows, entertainment franchises… why not bands?

Ted Felicetti and Keith Slader played in Split Fifty for close to a decade before the popular Tannersville band broke up in 2008. Felicetti had already started writing his own songs for a new project as vocalist and guitarist, so he and Slader (bass) got together with AJ Larsen (guitar) and Zhach Kelsch (drums) in 2009 and recorded two demo EPs as Don’t Panic.

“We released some music and did some tour dates, but it was only for about two years. Then we each got involved in our own lives and kind of went on a very, very extended break. I just restarted the band this past July and I’m basically considering it a reboot,” Felicetti explained.

“That’s all the craze these days in the movies, right?”

Unlike many reboots, though, he believes this one will be even better than the original. After he spent all summer writing, the band – now with Anthony Paesano on drums – entered Soundmine Recording Studio in their native Stroudsburg at the end of October and recorded 11 new songs through mid-December.

“The new stuff we’ve recorded is probably a mix of a lot of the music I listen to – Foo Fighters, Lit, Bayside, Millencolin, White Reaper, along those lines. Definitely a bit more pop than the first iteration of the band. Our first two albums were much more rock and roll/Tom Petty/Foo Fighters. I’ve started to lean back into my power pop/punk roots recently, though. It probably has a lot to do with my brother joining Bowling for Soup and spending a ton of time around those guys,” he continued.

“You would never guess a place like that is over in the Poconos, but it is easily one of the nicest studios I’ve ever been to, and [Soundmine owner] Danny [Malsch] is beyond one of the coolest guys. Luckily, our guitarist AJ works there as well, and he engineered and mixed it all.”

One of those songs is “No Time for Second Chances,” a new single premiering with a lyric video today exclusively on NEPA Scene. The title is ironic considering the circumstances, but their return is not really what inspired it.

“It’s about my real disdain for ‘cancel culture,’ mostly. I think social media in general is a great premise but also that people have lost the ability to reason and think for themselves. The Internet has turned everyone into a mob of mindless people who just follow the ebb and flow of the day and, for all their posturing, have lost the ability to be empathetic towards others or remember that no one is perfect and that we are all human. If someone makes a mistake or says anything wrong at all, there’s literally no time for a second chance, even if it was something you said or thought 20+ years ago. We can grow and change, and everyone seems to ignore or forget that,” Felicetti told NEPA Scene.

“I think essentially [this song is] a good representation of what we have going on. I wrote this one trying to get the vibe if you mixed Millencolin with Thin Lizzy, what that would it sound like? But yeah, more or less, we have some slower songs and some heavier ones, but nothing strays too much from that rock and roll/power pop sound we’ve been trying to cultivate.”

The video was done through Fiverr, a website for freelance services. After browsing for hours, he found a creator in Asia who made videos where he writes all the lyrics out with a sharpie. Felicetti feels that he’s grown as a songwriter since he picked up his own pen again.

“The first batch of songs I did basically sounded like Foo Fighter B-sides. It’s my favorite band, and I felt it was safe to kind of just sound a lot like them. I started to slightly veer off that with the second group of songs I wrote, but then we took a seven-year break and I didn’t do much writing at all. I was really nervous coming back into it this past summer but decided to basically write whatever came out of me, and it’s been a surprising mix of a lot of the music I’ve always listened to but feels much more like my own,” he described, tackling “a bunch of different things” this time around.

“Self-doubt is a big theme. It’s just what I’ve been feeling for a long time, and it definitely comes through. A lot of nostalgia as well, reminiscing about when I was younger touring and playing in bands and how, even though things were so much harder, they seemed so much easier, if that makes any sense.”

The band’s name was inspired by the mantra often repeated in “The Hitchhiker’s Guide to the Galaxy,” so it’s appropriate that, even though they’re eager to show that they’re back, they’re taking a more careful, thoughtful approach with the new material. “No Time for Second Chances” will be available everywhere digitally starting this Friday, Feb. 7.

“Originally, we were going to release a full album basically as soon as we could. But my friend Jaret [Reddick], again from Bowling for Soup, has been really mentoring and advising me through this process. He basically convinced me to just release singles all year. People just don’t buy albums anymore. They just want songs; I can’t tell you the last time I purchased a CD or even a full album. So we are going to release one new song every six weeks, starting with this one on Feb. 7, until all 11 songs have been released. Then we’ll probably go back and write and record some more stuff in the fall/winter,” Felicetti said.

“We are working with Ionic Development this month and next month on filming a full music video for our second single, which will be coming out on March 20. I am very excited to be doing that. They seem like awesome people, and we have some really fun ideas for it. I have never taken videos seriously, so it will definitely be super tongue-in-cheek. We’re going to try and play regionally as much as possible throughout the year and just try and build up our following a bit with some tour dates planned in May and August. We might do something really cool and big at the end of the year, but we’ll see if that comes together or not later.”

One of their plans is to tour with The Ataris again, a band that has seen national success since the release of their gold-selling album “So Long, Astoria” in 2003.

“Keith and I have known those guys for 15 years almost from touring and playing shows together in our old bands. [Ataris vocalist/guitarist] Kris [Roe] was always super supportive of my writing, and basically any time they would come up to the Northeast, we would do tour dates together. One summer in 2010, he invited us to do a full U.S. tour with them, and that was an absolute blast. Very excited to play with those guys again this year.”

Before then, Don’t Panic can be seen at The V-Spot (906 Providence Rd., Scranton) next Friday, Feb. 14 with The Boastfuls. If they survive that one – “Ours wives and girlfriends are super excited about us choosing a show over them!” – they’ll hit One Centre Square (1 Centre Square, Easton) on April 2, followed by a hometown show at the Sherman Showcase (522 Main St., Stroudsburg) on April 11.

Go check them out – and don’t forget to bring your towel. 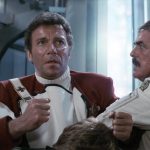 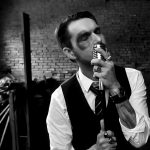 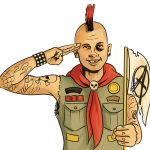