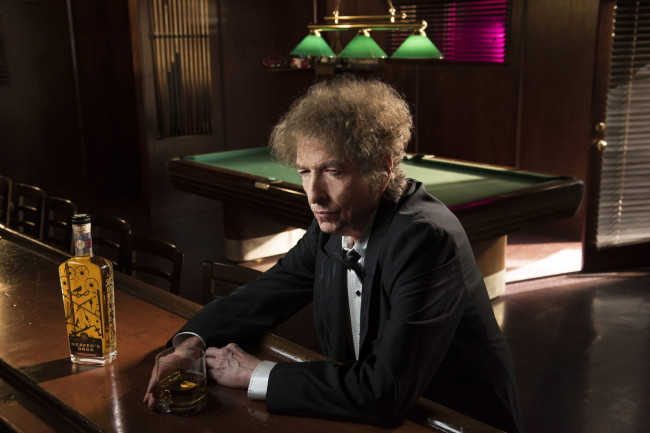 Still on his “Never Ending Tour,” it was announced today that legendary singer/songwriter Bob Dylan and his band will take their summer run with Nathaniel Rateliff & The Night Sweats to the Mohegan Sun Arena at Casey Plaza in Wilkes-Barre Township on Tuesday, July 7 at 7 p.m. with the Hot Club of Cowtown.

Bob Dylan changed the art of popular music songwriting in a way no other individual has before or since, and his influence has reverberated across the decades, helping to shape the careers of such music legends as The Beatles, David Bowie, Bruce Springsteen, Tom Waits, and Neil Young.

In his hands, the role of the singer/songwriter was reinvented at least several times, from his early days as a folk artist to going electric and beyond, while he became the first artist in the rock era whose lyrics were celebrated and analyzed as poetry. Throughout all this, he has created a song catalog that has few peers and contains some of the most celebrated works in rock and pop, among them “Blowin’ in the Wind,” “The Times They Are A-Changin’,” “Like a Rolling Stone,” and “Knockin’ on Heaven’s Door.”

In February of 2015, Dylan gave a rare insight into his songs and his songwriting as he received an award in Los Angeles from music industry charity MusiCares.

“These songs of mine, they’re like mystery stories, the kind that Shakespeare saw when he was growing up,” he let on. “I think you could trace what I do back that far. They were on the fringes then, and I think they’re on the fringes now. And they sound like they’ve been on the hard ground.”

But he also explained his songs “didn’t come out of thin air” but out of what he called traditional folk music, traditional rock ‘n’ roll, and traditional big band swing orchestral music. That was evident from the very start of his career.

Already performing folk songs in coffee houses while studying art at the University of Minnesota in Minneapolis, Dylan headed to New York City in January of 1961, and his performances there quickly built him a dedicated following. One review in the New York Times was enough to convince Columbia Records’ legendary A&R man John Hammond, whose previous signings had included Billie Holiday, Count Basie, Pete Seeger, and Aretha Franklin, to sign him to a recording deal.

Hammond produced Dylan’s first album, a self-titled set issued in 1962 that mixed folk and blues standards plus two original songs – “Talkin’ New York” and “Song to Woody.” However, it was the 1963 follow-up, “The Freewheelin’ Bob Dylan,” that really showcased him as a singer/songwriter with 11 of its 13 songs self-compositions, including “Blowin’ in the Wind,” “Girl from the North County,” “Don’t Think Twice It’s Alright,” and “A Hard Rain’s a-Gonna Fall.” The album had a huge impact on folk music and, when covered by Peter, Paul and Mary, “Blowin’ in the Wind” became a first crossover pop hit for him. But beyond folk, the album was also turning on the likes of The Beatles and had an immeasurable impact on their own musical advancement and that of others as Dylan’s music would continue to do so throughout the decade.

The 1964 release “The Times They Are A-Changin'” took Dylan’s development as a songwriter even further forward as he covered such issues as race, poverty, and social change in a first entirely self-composed set that included “With God on Our Side,” “North Country Blues,” and the topical title track that became a first U.K. Top 10 hit single for its writer.

Led by the Peter, Paul and Mary version of “Blowin’ in the Wind,” Dylan was increasingly landing pop hits through covers of his songs. Both The Byrds and Sonny & Cher, for example, were successful with “All I Really Want to Do,” the opening song of Dylan’s second 1964 album “Another Side of Bob Dylan,” which further contained in “My Back Pages” another song covered by The Byrds. Among the album’s many other highlights were “Spanish Harlem Incident” and “It Ain’t Me Babe” as Dylan started to move away from his folk origins to a more rock-influenced sound.

In his 2015 MusiCares acceptance speech, Dylan noted that at the time he did not think of himself as writing songs for others to sing “but it was starting to happen.”

“The Byrds, The Turtles, Sonny & Cher – they made some of my songs Top 10 hits, but I wasn’t a pop songwriter and I really didn’t want to be that, but it was good that it happened,” he said. “Their versions of songs were like commercials.”

The Byrds struck gold again with a Dylan song as they turned “Mr. Tambourine Man” on his 1965 album “Bringing It All Back Home” into a transatlantic No. 1 and, in turn, helped to create the sub-genre folk rock. The album was the first on which Dylan embraced electric instruments for the first album and included his second U.K. Top 10 hit “Subterranean Homesick Blues” as well as “She Belongs to Me,” “Maggie’s Farm,” and “It’s All Over Now, Baby Blue.”

Dylan almost scored a pop No. 1 himself that same year with the six-minute epic “Like a Rolling Stone,” peaking at No. 2 on the Billboard Hot 100 in the U.S., while also reaching the U.K. Top 5. It opened the album “Highway 61 Revisited,” his first totally rock album that also housed “Ballad of a Thin Man,” “Just Like Tom Thumb’s Blues,” and the 11-minute “Desolation Row.”

Between albums, Dylan scored another U.S. and U.K. Top 10 single with “Positively 4th Street,” while his 1966-issued next album “Blonde on Blonde” was ambitiously a double set, continuing in the rock vein and including “Just Like a Woman,” “Visions of Johanna,” and the hit singles “Rainy Day Women #12 & 35” and “I Want You.”

He returned to his acoustic roots for 1967’s “John Wesley Harding,” which helped to usher in the country rock era and in “All Along the Watchtower” contained a song that was brilliantly transformed into the first U.S. hit single for Jimi Hendrix. On the follow-up, 1969’s “Nashville Skyline,” he immersed himself even further in country and included what in “Lay Lady Lay” turned into Dylan’s last Top 10 single as a recording artist in both the U.S. and U.K.

The ’70s began with a second double album, “Self Portrait,” that mixed covers with original songs, including a live version of “The Mighty Quinn (Quinn the Eskimo),” which had already been a U.K. No. 1 single when recorded by Manfred Mann. Also issued in 1970, New Morning opened with “If Not for You,” which later that year turned up on George Harrison’s “All Things Must Pass” while it became a pop hit for Olivia Newton-John.

He began an acting career in the 1972 movie “Pat Garrett and Billy the Kid” and also wrote the soundtrack, most noted for “Knockin’ on Heaven’s Door,” which is one of Dylan’s biggest hits as well as becoming a hit for Eric Clapton and two decades later for Guns N’ Roses.

A brief switch from Columbia to Asylum Records produced the covers album “Dylan” (1973) and “Planet Waves” (1974), which featured both “On a Night Like This” and “Forever Young.” His return to Columbia was followed with in 1975’s “Blood on the Tracks,” one of his most acclaimed and successful albums yet, written against the backdrop of his failing marriage and including “Tangled Up in Blue” and “Simple Twist of Fate.”

His 1976 album “Desire,” which he largely co-wrote with Jacques Levy, is most noted for the eight-and-a-half-minute opener “Hurricane,” while the 1978 set “Street-Legal” included the hit single “Baby Stop Crying.”

By this time, Dylan was part of the supergroup the Traveling Wilburys with George Harrison, Roy Orbison, Jeff Lynne, and Tom Petty and, between the band’s two albums, he issued his most praised set in more than a decade, 1989’s “Oh Mercy.”

The album marked a commercial renaissance for Dylan, with all his subsequent regular studio albums since then making the Top 10 on both sides of the Atlantic. This run took in “Love and Theft” (2001), 2003’s “Modern Times” (which included the Grammy-winning “Someday Baby”), 2009’s “Together Through Life” (largely co-written with Robert Hunter and his first U.K. chart-topper since 1970), and “Tempest” (2012). Around these releases he also added his first festive album, “Christmas in My Heart,” and two sets of standards, “Shadows in the Night” and “Fallen Angels.”

In 2016, he was awarded the Noble Prize in Literature for his songwriting.