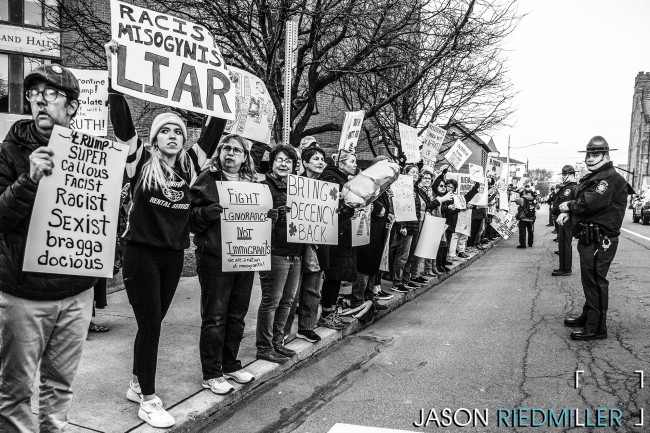 The streets surrounding the Scranton Cultural Center were blocked off and lined with both protesters and supporters of President Donald Trump waiting for him to arrive at his first town hall of 2020 on Thursday, March 5. In addition to the Fox News broadcast, there is so much national coverage of what went on inside that I decided to walk along outside to photograph another long-awaited edition of Beautiful People of NEPA.

“You better watch out – there may be dogs about.” Pink Floyd – “Sheep”

“Where do correct ideas come from?” Talking Heads 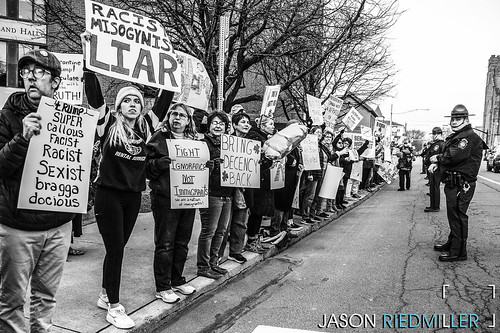 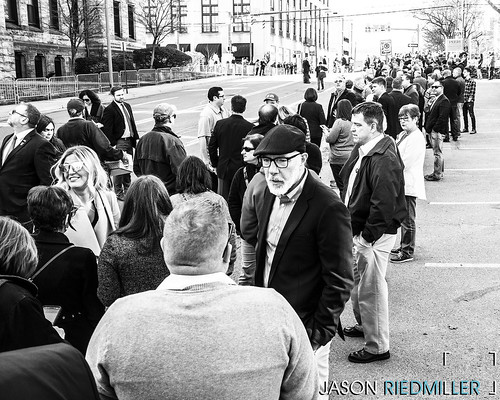 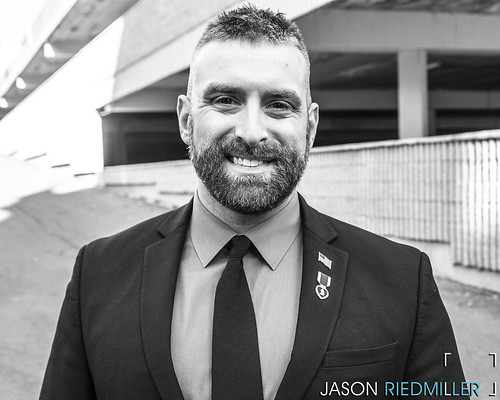 This is Earl. We met when I photographed him for the Beards of Scranton calendar that raised money for a local women’s shelter. He is currently campaigning for the Republican nomination to be my congressman. I’d say he and I agree 30 percent politically, but he lost a leg in combat to defend my right to disagree with him, so Earl rules. 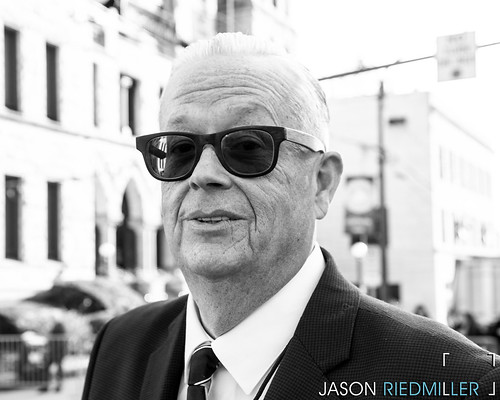 This is Chris. He a political columnist that I’ve know for about 15 years. He is a really funny guy and we are both disliked by strangers because of our opinions. Political agreement – 20 percent. 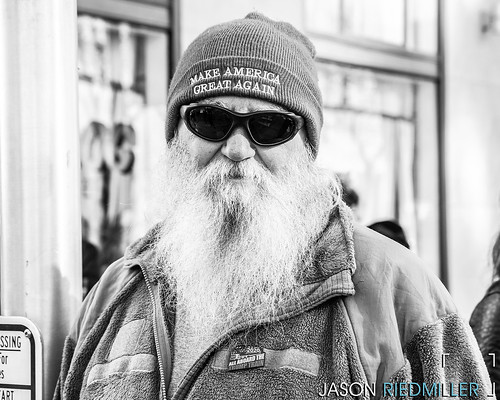 A Trump supporter with a dope beard. I don’t know him personally, but I would guess our politics align 1 percent at best. 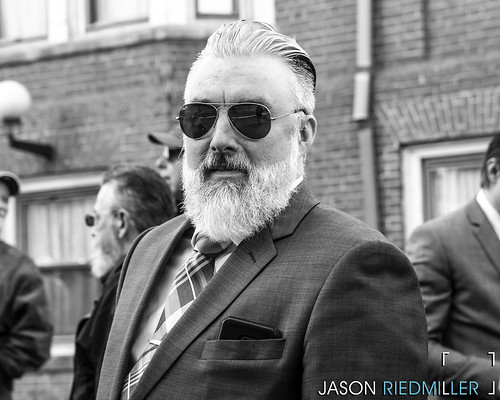 This is Lance, an RNC guy that I grew up with collecting X-Men comics at Al’s Comics on Prospect Avenue. Political agreement – 10 percent. 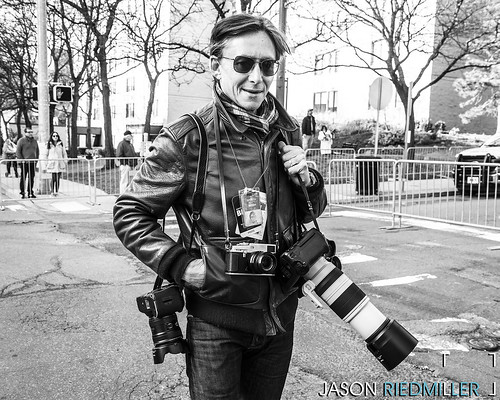 A photographer I do not know, but I do enjoy IRL stereotypes. 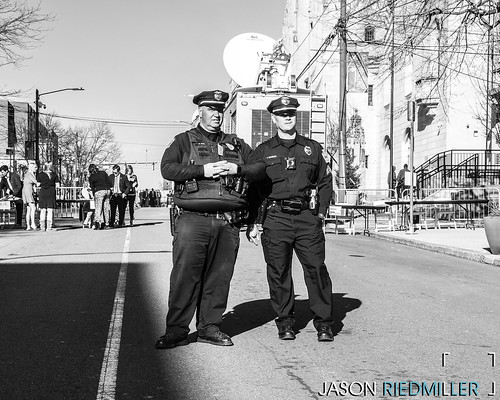 Scranton police, 50 percent of whom have arrested me. 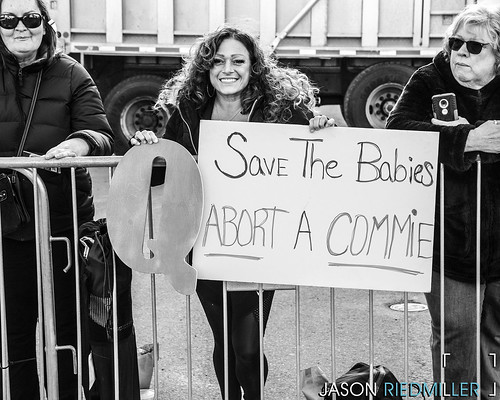 A Trump supporter who I would deem to be nucking futs based on these signs. Political agreement – negative 1000 percent. 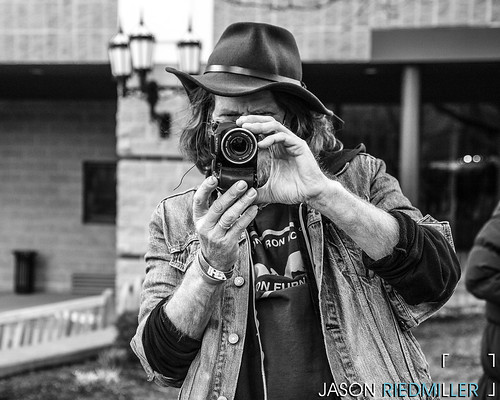 This is Jack. I’ve only recently met him and have no idea what his politics are. 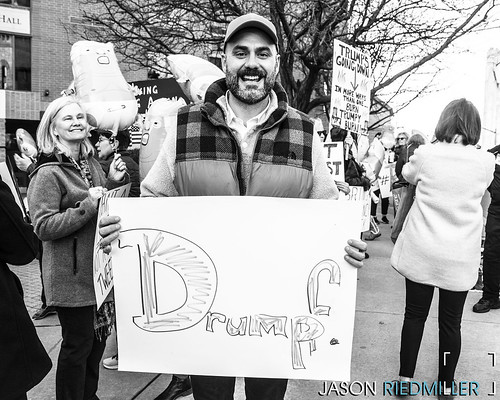 This is Joe. There is no time in my life that I can remember not knowing him. We have always bonded over keeping it weird. Political agreement – roughly 70 percent. 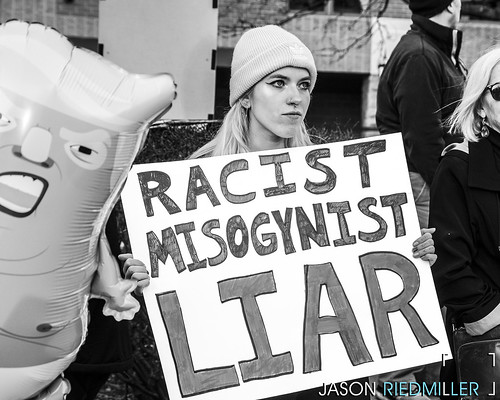 A protester I do not know. There is a great deal of irony in agreeing with her sign, as when I saw her, my first thought was, “She’s mightly cute.” My bad. Political agreement – maybe 40 percent. 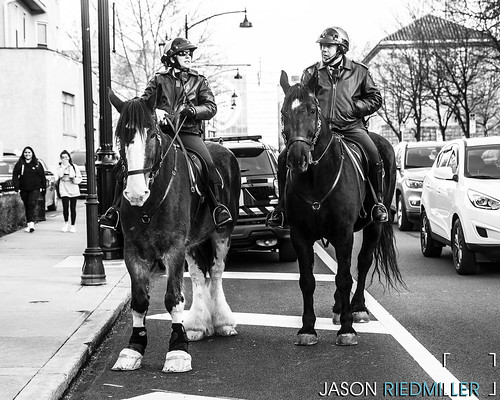 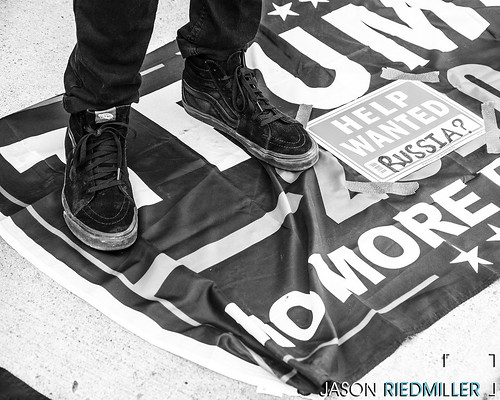 I don’t think this guy respects the president very much. 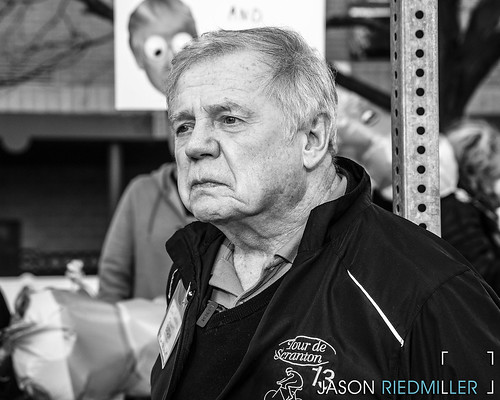 Former Scranton Mayor Jimmy Connors. I’ve known of him my whole life and honestly found him to be a bit of a clown. Political agreement – 20 percent? 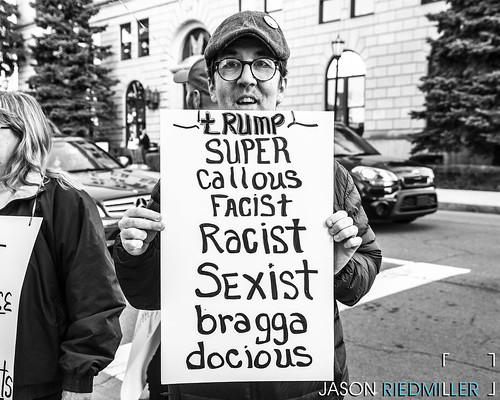 This is Brit. I’ve know this local comedic actor for about a decade. We agree about 40 percent politically.

These are the Beautiful People of NEPA, an occasional portrait series on NEPA Scene.