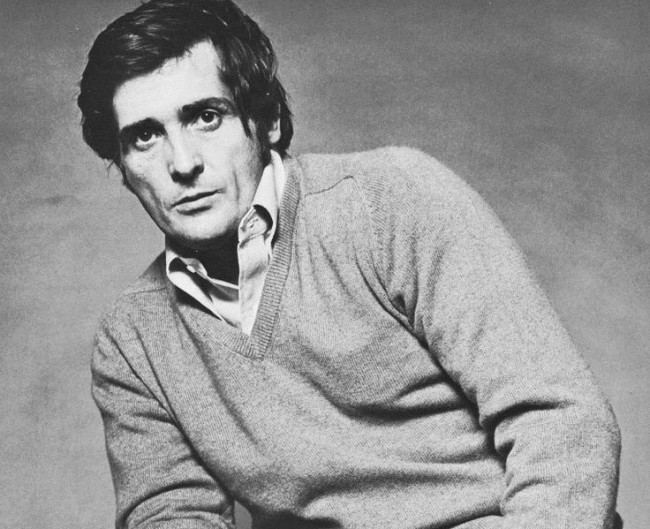 Nine years after its release, an hour-long documentary on the fascinating life of actor and playwright Jason Miller called “Miller’s Tale” is now streaming for free online.

On Saturday, independent filmmaker and Scranton native Rebecca Ferris posted a short message on the film’s Facebook page following recent news of the spread of coronavirus in Pennsylvania.

“Good morning, Jason Miller fans. You can now add ‘Miller’s Tale’ to your quarantine watch list. ‘Miller’s Tale’ is finally available for online streaming. I hope it brings you some joy in these uncertain times. Be well and stay healthy,” she said.

Featuring interviews with actors Martin Sheen, Paul Sorvino, Stacy Keach, Bruce Dern, and “The Exorcist” director William Friedkin, the movie premiered on television on WVIA on March 2, 2011 and, other than a limited DVD release in 2012, hasn’t been widely available since. It is now on Vimeo under Ferris’ Cottage Films. The description reads:

Best known as Father Karras in “The Exorcist,” Jason Miller experienced a brief but brilliant period of national acclaim, then curiously abandoned Hollywood to return to his hometown of Scranton, Pennsylvania. The town reveled in the presence of its local celebrity but not many understood why he had come back. Why did this Pulitzer Prize-winning playwright who experienced such explosive beginnings never write a Broadway play again? And what happened to Jason in Hollywood that would make him run away?

When Miller died in 2001, filmmaker Rebecca Marshall Ferris set out with a camera to find some answers. Through a personal and intimate narrative, “Miller’s Tale” examines the themes that weave our lives together: dreams of success, personal failure, passion for art, and small town pride.

Watch the full film below:

Ferris met Miller in high school when he was coaching Scranton theatre students and later directed him in her first short film in college.

“It’s very rare for a first-time filmmaker, especially one who is a student, to have an Oscar-nominated actor in their film. I was very nervous when he agreed to be in it. I remember coming to the set and just wondering, ‘How on earth am I going to direct Jason Miller?’ I thought he was going to be showing me how to make the film and telling me what he thought what would make a good angle or how to set the pace or the mood, but he very much wanted me to flex my creative muscles, and he wanted to hear what I had to say and direct him,” Ferris recalled in a 2011 interview.

“He was very giving in that way, to encourage me to really go for my creative vision and not interjecting his own. I am so grateful to this day that he encouraged me in that way, and I think he did the same thing for a lot of people in Scranton, a lot of young artists.”

Miller died of a heart attack in 2001 at the age of 62. His friend and fellow actor Paul Sorvino, who starred in Miller’s Pulitzer Prize-winning Broadway play “That Championship Season” and its 1982 film adaptation that was shot in Scranton, was commissioned to sculpt a bronze bust of Miller to display on Lackawanna County Courthouse Square, and Ferris was inspired to make a short film about it, but the project snowballed into a seven-year journey that culminated in a 56-minute film about the man who went from Hollywood star to Scranton Public Theatre director and never looked back.

“He had this ability to really dig into people’s hearts and souls and just understand them. Walk into Farley’s [Eatery & Pub in Scranton] and you’ll find that one of the greatest nights of their lives was sitting at the bar, having a conversation with Jason Miller,” Ferris said of Miller in a 2010 interview.

“It wasn’t because he was a celebrity – it was because he really had this intensity about him and just drew people in and made them discover things about themselves that they didn’t even know they had.”

Other celebrities were eager to share their stories about working with Miller.

“All those actors agreed to be in my film because they loved Jason so much. They worked together 30 years ago, and that was pretty much the only thing they worked on together, but I think the experience was so meaningful to all of these actors that they agreed enthusiastically to be in my film,” she explained.

Despite her dedication to the project, Ferris admitted that she is still not sure if she found all the answers she was seeking when she first started the production, but she was able to form a better picture of what kind of man he was.

“He has this incredible talent, and I don’t know if he didn’t know what to do with it or if he didn’t enjoy the spotlight or what. I think that he tried to make other people shine in a way that maybe he was afraid to himself,” Ferris explained.

“I also think, when he came back, he saw an opportunity to do something very constructive here. He had a very clear idea of what he wanted to do with regional theatre, and he was very effective and passionate in doing that,” her husband Jason Ferris added, the film’s cinematographer and executive producer.

“Miller’s Tale” was released in 2011 just as “That Championship Season” was revived on Broadway with stars Brian Cox, Kiefer Sutherland, Jim Gaffigan, Chris Noth, and Jason Patric, Miller’s son who took over the same role his father once played.

“If you look at ‘That Championship Season,’ the play itself is about ordinary people, and Jason was the kind of person who I think was most comfortable around ordinary people because he understood that even ordinary people were very complex. … He could sit at a bar and have a conversation about Shakespeare… and at the same time, he could have a conversation about Notre Dame football with a mailman who just got off his shift. I don’t think Jason had an ego that made him think that he was above interacting with anyone,” Rebecca Ferris noted.

“I think that age-old adage ‘Write what you know’ is very much true. ‘That Championship Season’ is based in Scranton. It’s about five ordinary men from Scranton, people that Jason Miller knew like the back of his hand. … I think Jason had that gift of understanding that people may seem ordinary on the surface but, if you just take the time to get to know people, you’ll see all of their complexities and all of their nuances. I think that is why Jason was so inspired by Scranton, and I think that’s what brought Jason back to Scranton.”

Watch clips from “Miller’s Tale” below.

Paul Sorvino talks about his sculpture and reading the script for “That Championship Season:”