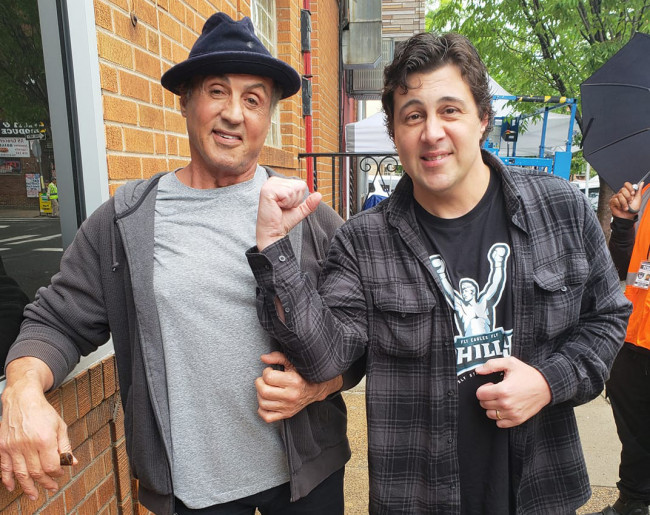 “The Pretender,” a documentary that follows the quirky story of a daydreamer from Scranton who became a Rocky Balboa impersonator and tour guide in Philadelphia, has been available to stream on Amazon Prime since last October, but a recent endorsement from Sylvester Stallone himself has caused the movie to trend and find a wider audience during the coronavirus quarantine.

Stallone and his family have been binging streaming entertainment just like the rest of America, dressing up as the crazy cast of the hit Netflix documentary “Tiger King: Murder, Mayhem and Madness” last week for a funny video on his official Instagram account. On April 2, he followed that up with a video telling his fans to watch “The Pretender,” along with high praise of its star.

“If you are a ‘Rocky’ fan, this is a must-see documentary by the greatest Rocky interpreter in the world,” Stallone said, adding a link to Kunda’s Yo, Philly! Rocky Film Tour that he previously approved of after meeting him in person.

Later that day, the documentary that features many scenes and interviews filmed in Scranton was trending. Ratings and reviews jumped up as well, putting it at a 4.8 out of 5 with customers. The movie is currently included with Prime, so Amazon Prime members can stream it now at no additional cost. For everyone else, digital copies are available to rent or buy in addition to physical copies on Blu-ray and DVD.

Rocky Balboa, the fictional boxer created and played by Sylvester Stallone in a long-running film franchise, has inspired many to pursue their dreams, but none have followed in the Italian Stallion’s footsteps quite like West Scranton native Mike Kunda.

From his childhood into adulthood, he has always wanted to be Rocky, so he became a professional Rocky impersonator for hire after winning a look-alike contest in 2006, wrote a memoir published in 2010 called “Cue the Rocky Music,” started the Yo, Philly! Rocky Film Tour in Philadelphia, and made his own movie about the experience.

For five years, filmmaker Jim Toscano of Detroit-based production company Free Age followed Kunda around chronicling his story, shooting in Scranton and his current home of Philadelphia. The resulting 56-minute documentary, “The Pretender,” premiered in Michigan in 2017 and has since appeared in film festivals around the world, winning awards for its heartfelt depiction of Kunda’s unlikely story.

“I’ve seen documentaries that deal with such sad matters, abuse and drugs, and this is just a happy, goofy, fun little story that I think people can relate to. We’ve all had those Rocky moments. The book talks about being passed over for jobs or failing at jobs or people judging you or trying and failing on your own terms. A lot of us lived that, and I think they’ll recognize that,” Kunda said in his first interview about the project in 2010.

“I was 11 years old when I saw that movie. It changed me forever. When you hear that Rocky music, it makes you want to achieve. You just can’t sit there and not want to try to achieve something.”

“I felt like if I didn’t do it, somebody else would and it would kill me. And I’m a Rocky fan. I’ve always heard that the only way you can do a good documentary is to do it about something you’re passionate about. I’m passionate about Rocky and I’m passionate about filmmaking, so this is a real dream for me,” Toscano explained in another interview conducted during the Scranton shoot in 2011.

Before it screened at the historic TCL Chinese Theatre in Hollywood as part of the Beverly Hills Film Festival, the independent film received top billing at the 2019 Northeast Pennsylvania Film Festival at The Ritz Theater in Scranton. Kunda attended the hometown showing with Toscano and answered questions from the audience afterward.

“Mike’s journey is an emotional trip through themes of obsession, compassion, acceptance, and inspiration,” Toscano said in a press release. “His story is humorous and heartening, and proves that even the most extraordinary or unrealistic goals may prove to offer the most rewarding and fulfilling life.”

Kunda, who naturally looks like Stallone and often dresses like his silver screen hero, continues to promote the film as he hosts private tours of the iconic Philly locations featured in the Rocky films, including the most recent “Creed” movies. Stallone has met Kunda several times and approves of his Rocky persona, endorsing the Yo, Philly! Rocky Film Tour on Instagram in 2018. Sly’s brother Frank Stallone also tweeted, “Mike Kunda hands down is the greatest Rocky impersonator ever I saw. Has the smallest mannerisms down to a tee.”

Read the first interview with Kunda about his book back in 2010 here and a 2011 update when filming on the documentary began here with behind-the-scenes photos. Watch a full interview with Kunda just before the Scranton premiere of “The Pretender” in Episode 100 of the NEPA Scene Podcast 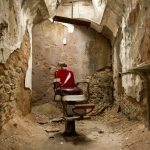