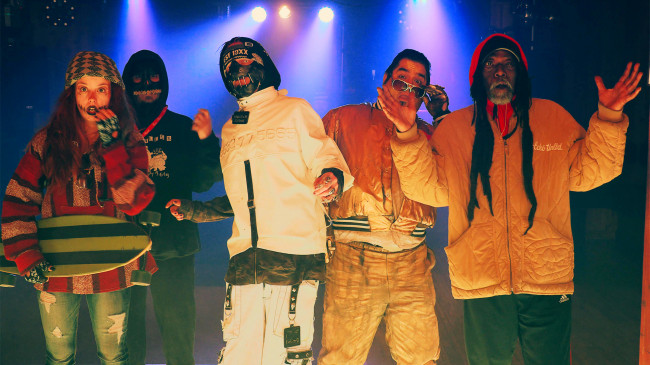 Camp Rattler doesn’t need an excuse to get weird, but when the local music promotion and production team was tapped by masked rapper Doc Not to create a music video for his song “Stay Weird,” they saw it as an invitation to take their eccentricity up a notch.

They first met when Doc Not performed at Camp Rattler’s inaugural Darkenheavy Campfest at Mountain Sky in Jermyn last September. He and his brother IllGore came from Ohio to play on the RiotBash Stage, organized by Pat Riot.

“He made a great impression as a genuine, respectful artist, and since then we have kept in touch since we open shows for some of the same headliners in our respective territories, his being more Ohio and Midwest-based, mine of course being Pennsylvania and the tri-state area,” Riot told NEPA Scene, which is premiering the homegrown “Stay Weird” video today.

Riot has been recording and performing as rapper Syx Trismegistus for about two years after working in the Northeastern Pennsylvania rock scene from 2012 through 2016, when he moved to Nashville, Tennessee.

“He asked me back in December to record a verse on a track for his upcoming album, ‘Hopeless.’ At first, I didn’t know if I’d get to it promptly, having decided I was moving back to NEPA from Nashville and dealing with that transition. But when I heard the track, it really clicked with me and I had my verse recorded and sent back to him within the week,” he continued.

“What was unique about this collaboration is that, after deciding he wanted a video made for ‘Stay Weird,’ Doc came to me for direction, and though he had his ‘Wizard of Oz’-inspired vision for it, he was comfortable putting a lot of the responsibility into my hands as far as bringing the necessary resources together to make it happen. Knowing I was moving back to NEPA, not long after partnering with Camp Rattler for Darkenheavy, it seemed natural to team up with [Camp Rattler founder] James [Callahan] again for this project and to shoot it in our hometown of Wilkes-Barre.”

Wilkes-Barre’s Public Square tends to be a natural epicenter for weirdness, though a lot of planning was integral to make the transition to the Land of Oz happen.

“Since Doc and his crew were coming in from Ohio and only could spend one day filming, it involved a lot of planning and cooperative communication between him, myself, and Camp Rattler to have things as structured and in place as possible so the shoot went smoothly,” Riot noted.

“And it did. The day of filming was a blast; there were dozens of people, many of which were not previously acquainted, who came together seamlessly. Everyone involved was so excited, supportive, and proud of themselves, each other, and this project we all had some hand in creating. The final product reflects that, I believe, and is a demonstration of how well things come together when handled as a collective.”

First producer Kristin Shimonis agreed: “Working with Doc, Ill, Pat, and our cast and crew was a pleasure, as always. The whole day downtown in Wilkes-Barre ran like a well-oiled machine. It was a ton of fun. Special thanks to Lion Sandford for making the trek to Wilkes-Barre and absolutely killing it.”

The strange stand-ins for the familiar cast of characters all end up partying at Heat Bar & Nightclub by the end of the video.

“The feel of the video is like its setting, our wonderful hometown – it’s a bit abrasive and foreboding, yet mystical and enchanting when you know where to look and which rocks to flip over,” Riot described.

“It was awesome getting together with JB Earl and Camp Rattler to make something like I’ve never seen. Camp Rattler incorporated some of the best parts of Wilkes-Barre into a ‘Wizard of Oz’ journey. That’s something you’re not going to see anywhere else,” director of photography Jared Sokirka added.

Despite all this camaraderie, the video’s release doesn’t quite have a perfect fairytale ending like “The Wizard of Oz,” yet it does still offer hope.

“Last Thursday, Doc contacted me to let me know he was being picked up on a three-year-old probation violation and that he would be in jail when the video was released. We are optimistic that he won’t be held long since, in those past three years, he has completed a rehab program and has stayed clean and employed since. He actually called me as I was typing this – his tone is still one of excitement, gratitude, and optimism,” Riot related.

“His is a story of recovery and redemption that really drives his motivation and message. He wants his listeners to understand that addiction and attempting recovery is nothing to be ashamed of, that they aren’t alone, and that people from all walks of life experience such trials and tribulations. It resonated with me, coming from an area quite infamous for the mishandling of over-medicating and exploiting, especially teens, who suffer from the consequences. I’ve had many family members and friends put through the famous NEPA ringer, ‘kids for cash,’ etc. – many of them still fighting similar battles of addiction and exploitation even today.

“Doc aims to shine light on that part of life and to absolve any stigma of shame that may come with admitting we all need help sometimes.” 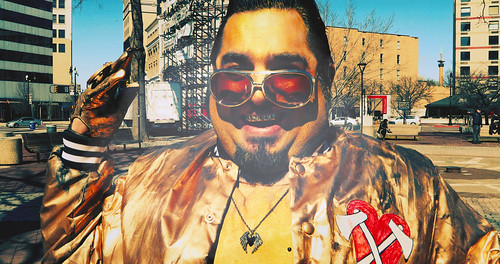 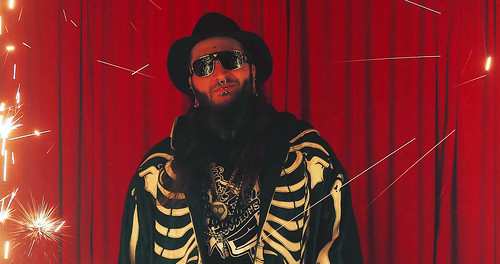 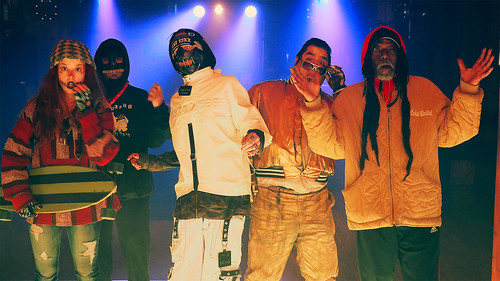 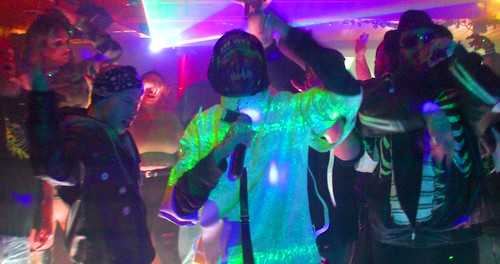