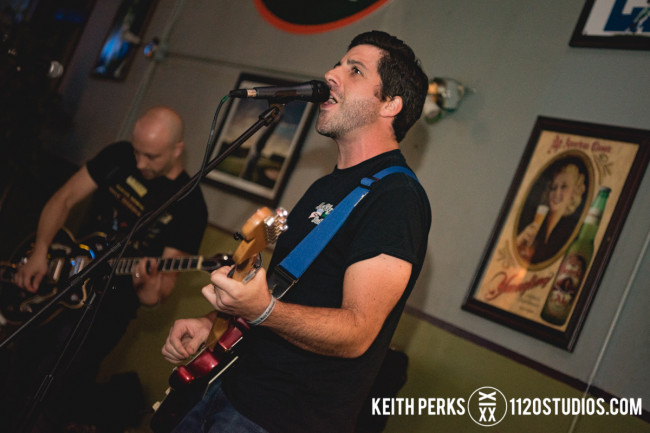 In a time when melancholy and pessimism are stronger than ever, Patrick McGlynn has chosen to release a bit of positivity into the world.

“‘Parallel Hearts’ is the title track on the album. It is basically my crack at an anthem for positivity. I guess it’s kind of a reflection on how pointless negativity can be when it comes to the big picture of life,” the 33-year-old musician said.

“For this album, I definitely went for a more electric guitar sound than I have recently. I started releasing some of these songs a year ago, beginning with ‘The House Where We Grew Up,’ and I was intending on just doing single releases, but after putting out three songs, I felt like they needed to have a home on an album.”

From the beginning of 2019 through March of 2020, just when the coronavirus pandemic really ramped up in the United States and changed life as we know it, McGlynn recorded at SI Studios in Old Forge with drummer Steve Werner, his longtime solo gig partner as well as his bandmate in Blinded Passenger, who played their last show as a band in 2018. During that time, he and another BP bandmate, guitarist Stefan Ogonosky, started Goodnight, Captain, an “electronic synth indie rock” project that also debuted on NEPA Scene.

McGlynn was frequently listening to The Clash’s “London Calling” while working on “Parallel Hearts,” which made him want to “write some stuff that leaned more on raw-sounding electric guitars rather than the acoustic-oriented stuff that I had been doing.” Some of the English punk band’s political proclivities may have snuck in there as well, though he has dipped his toes into those waters before.

“When I first started writing the songs for this album, I really wanted to make a very socially conscious album. Those kinds of themes worked their way into songs like ‘Pills and Guns’ and ‘Love Underground.’ However, the album is really a mix of different themes. ‘Planets’ is a song I wrote for my son. ‘The Man in the Cannon’ is a new version of song that I put out with Blinded Passenger over 10 years ago. ‘The House Where We Grew Up’ and ‘July Stars’ are nostalgic-type songs. So I guess I was kind of all over the map,” he described.

“Right now, I think the track I like the most is ‘Parallel Hearts.’ It’s a departure from a lot of the stuff that I have done in the past. It’s nearly six minutes long with a big spacey guitar solo in the middle of it, so it was fun for me to step outside of my box a little bit on that one.”

The experimentation continues with Goodnight, Captain, who followed up last year’s debut single “Drive Away” with the equally trippy “Outerspace” in April.

“We are continuing to work on stuff together. This project is actually kind of perfect for this quarantine situation because Stefan and I can just email files back and forth to each other and don’t really have the need to get together physically to continue to make music,” he explained.

“We have a couple different things in the works right now and will hopefully be putting out some more material in the next month or so.”

Typically at this time, he would be out performing solo or with Werner as Holy Sardine, so the quarantine has given him time to work on Goodnight, Captain and write more of his own music. He’s also live streaming as much as possible, sometimes with his kids joining in on camera.

“It’s allowed me to spend a lot of time with the kids, which I guess has been a silver lining to this horrible situation. As a musician, it’s definitely been rough to lose a couple months worth of gigs. I think everyone is just itching to get out there and play again,” he said.

“It has been cool. I’ve done some Facebook Live streams as well as a couple gigs for groups on Zoom, and I think it is something that I will continue to do after this thing is over. There’s a fun and loose atmosphere about it that makes it a little different from a live gig.”

Tonight, he’ll be performing online at 8:30 p.m. as part of Lackawanna County’s “Arts and Culture Live” program on Facebook and ECTV on Comcast (channel 19) and YouTube, and this Friday, May 8, he’ll celebrate the CD release with a 7 p.m. live stream on his Facebook page.

Even in these uncertain times, McGlynn tends to see his current situation in the best light.

“I think there are two ways to think of it. On one hand, I won’t have the live shows to go out and play for people in person. But on the other hand, it seems like a lot of people are spending more time online and might be more likely to actually make the effort to check out the album, so I guess we will find out. I’m hoping it will have a positive effect,” he explained.

“My feeling is that things like live entertainment will be among the last things to come back. But I think one thing people need to remember is that this will be over at some point and it’s not forever.”

At any rate, it’ll give “Parallel Hearts” a chance to resonate with anyone looking for passionate songwriting and a little optimism in this brave new world. It is available now on Bandcamp and will hit iTunes and Spotify later this week.

“I hope that I wrote some songs that people can listen to the lyrics relate them to their own lives. I think that’s the thing that gets me the most excited as a music fan is when I hear a song that just hits me in a way that I can completely relate to.” 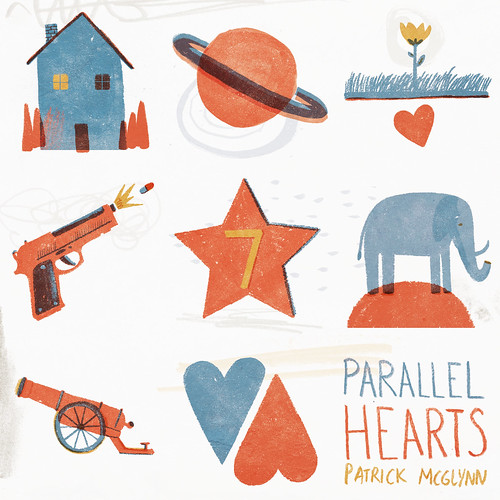 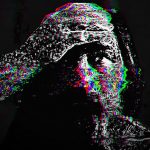